Basketball coach sounds off on court-stormers 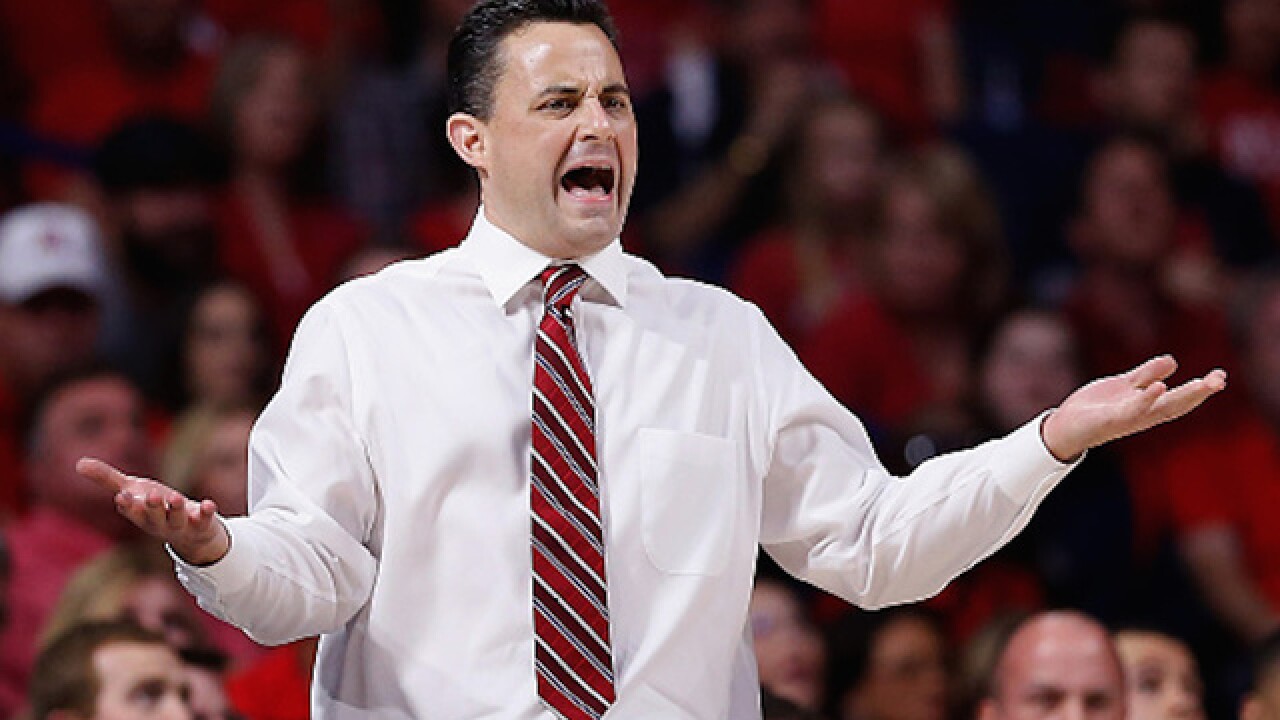 Christian Petersen
<p>TUCSON, AZ - FEBRUARY 17: Head coach Sean Miller of the Arizona Wildcats reacts during the first half of the college basketball game against the Arizona State Sun Devils at McKale Center on February 17, 2016 in Tucson, Arizona. (Photo by Christian Petersen/Getty Images)</p>

For many, storming the court following the college basketball game represents many aspects the college experience itself: A once-in-a-lifetime experience with hundreds of your friends that’s technically frowned upon but mostly harmless.

But at least once coach is concerned that one of these days, a court-storming is going to turn ugly.

It almost did last night in Boulder, Colo. after Colorado upset ninth-ranked Arizona. After Colorado students rushed the floor seconds after the buzzer sounded, The Daily Wildcat reports that one Arizona player had to be restrained from Buffalo fans, and coach Sean Miller was accosted by another fan on his way to the locker room.

“Eventually what’s going to happen in the Pac-12 is this: an Arizona player is going to punch a fan, and they’re going to punch the fan out of self-defense,” Miller said following the game during a press conference.

Miller also stated that he’s tried to raise the issue in the past, but it’s been largely ignored by Pac-12 officials. Currently, the only conference that punishes schools for rushing the court is the SEC, which fines schools up to $50,000 for multiple offenders.

If there is any coach that has the right to be annoyed about court-stormers, it’s Miller. Sports blog Deadspin reports that opposing fans have rushed the court in 10 of the Wildcats’ last 11 road losses.

Earlier this year, Iowa State fans faced criticism after rushing the court following a win over arch-rival Iowa. As students rushed the floor, reporter Randy Peterson of the Des Moines register tripped and fell, breaking his tibia and fibula. Though his injury required surgery, he still believes students shouldn’t be disciplined for storming the court. Iowa State was not disciplined.

Last season, Kansas coach Bill Self sounded off against court-storming after he became pinned against the scorer’s table after a road loss to Kansas State. Kansas assistants also confronted students, and one coach put a student into a headlock.

Though the school apologized for the celebration, they were not disciplined by either the NCAA or the Big 12 conference.