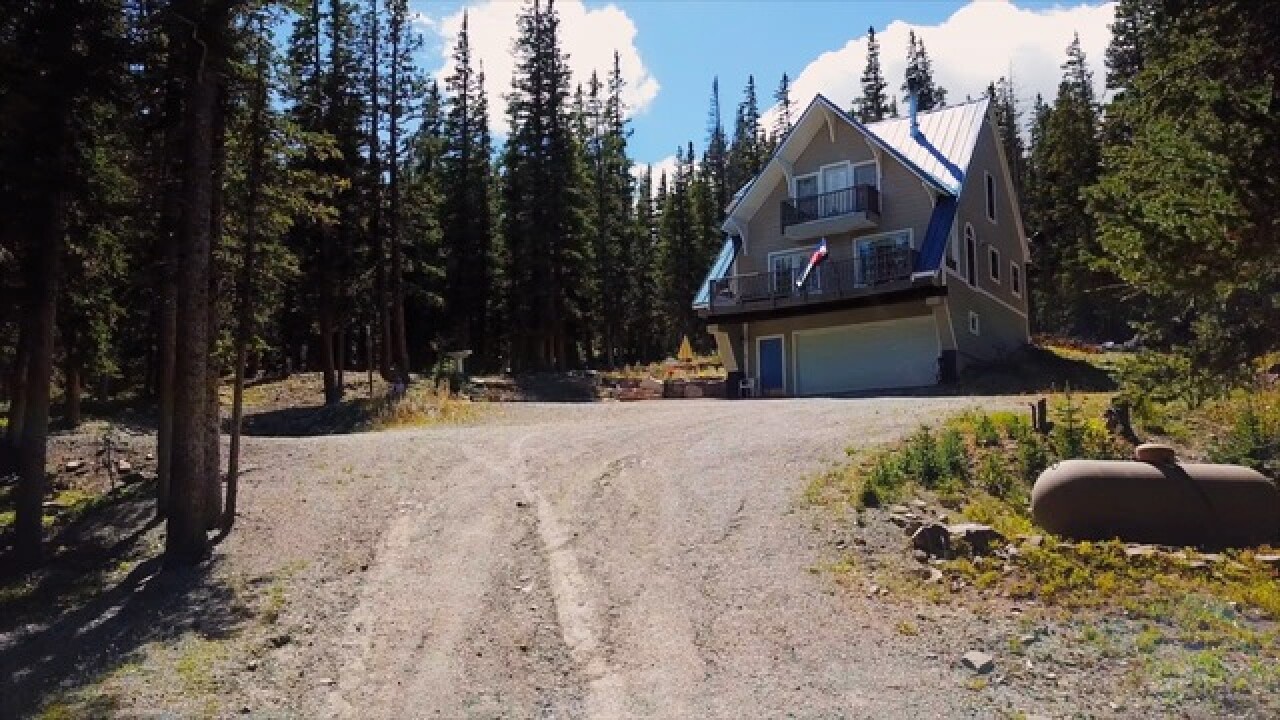 FAIRPLAY, Colo. -- A Colorado couple says they were defrauded by the people involved in selling them their dream home by failing to disclose that it never received a final certificate of occupancy more than a decade ago. Now, they can't find anyone willing to buy it in Colorado's red-hot real estate market.

Christina Mansfield and her husband moved from New York to Colorado roughly a year ago. The home is northwest of Fairplay at 11,000 feet in elevation.

"We love winter and we love snow," she said.

Several months after they moved in, they decided to do some small renovations. Upon checking to see if permits were necessary to do the work, a Park County Building Department worker delivered some sobering news.

Among the problems are structural issues on her deck and unsafe headroom clearance on her stairs in multiple locations, records show.

Mansfield said the sellers, realtors, title company and home inspector involved either didn't care about, or didn't report, the problems.

In addition to reading off the problems in the county's copy of a temporary certificate of occupancy, Mansfield later discovered them in a treasure trove of records the sellers inadvertently left behind.

"This is every single permit and document issued by the county, which matched what they sent me -- signed in blue ink. That's how you tell it's an original," she said.

In disclosures, the sellers and their agent never noted the discrepancy.

Nevertheless, Mansfield said she's received hostile responses from nearly everyone who was involved in the transaction, except for the home inspector who she says issued a refund.

Vivian Bailey, one of the sellers, said a county inspector gave her a verbal confirmation that the house was safe to occupy 13 years ago, but there's no record of that on file.

Bailey expressed anger and frustration about the situation.

Mansfield said Bailey stopped responding to her emails and calls months ago.

The Park County Sheriff's Office took a fraud report of what occurred and referred it to Chilson's office "for review and filing of charges." Chilson's office later returned it, seeking more evidence.

Mansfield said she's provided more than 200 pages of records to substantiate everything she claimed.

"I just want this chapter to be closed," she said. "I want to not have to deal with this anymore. It makes me upset -- we shouldn't have had to have been put in this situation. This is terrible. And I don't want this to happen to anyone else."

Mansfield said she spoke with a contractor who estimates it would cost roughly $20,000 to fix the code violations.  She said she doesn't have the cash for that or an attorney to pursue civil litigation. That's why she and her husband are trying to sell the home, but says prospective buyers don't want to deal with the certificate of occupancy issue.