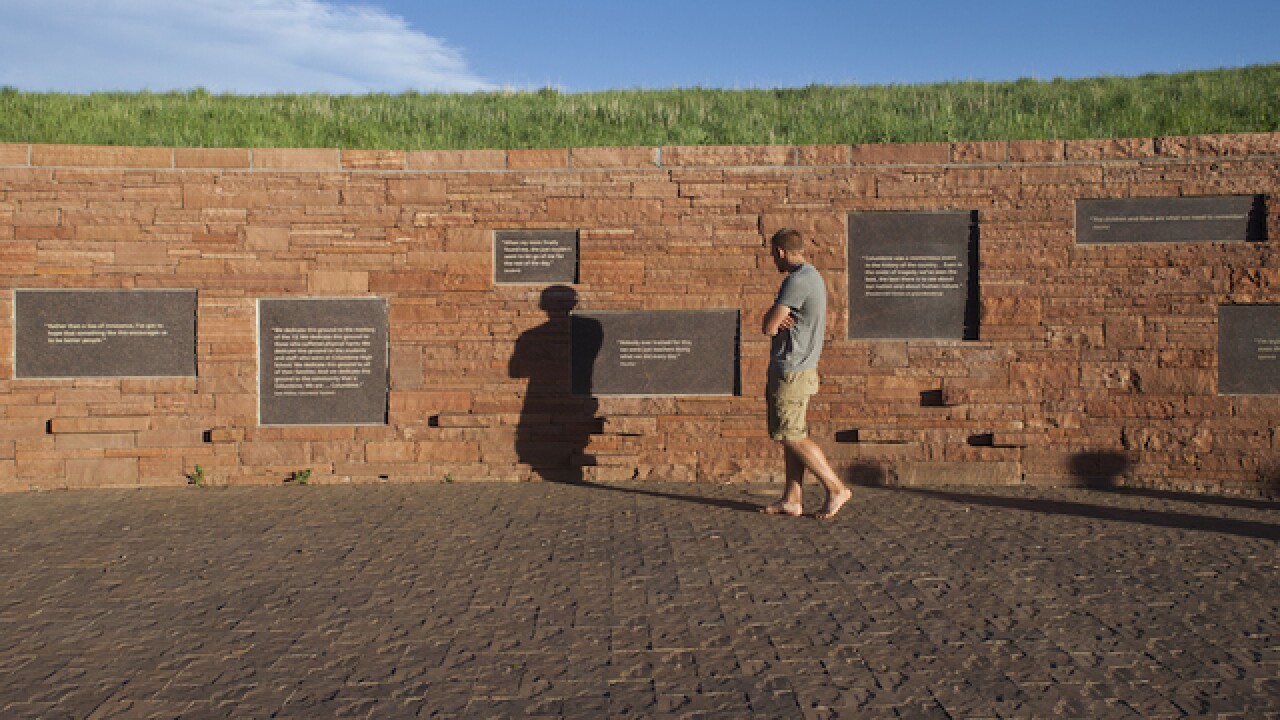 DENVER (AP) — The mother of Columbine High School shooter Dylan Klebold says she didn't know anything was wrong with her son before the 1999 attack, and she prayed for his death when she heard he was involved and that the rampage might still be underway.

In an interview that aired on "20/20" late Friday, Sue Klebold told ABC News' Diane Sawyer that before the attack she considered herself a parent who would have known something was wrong.

"I think we like to believe that our love and our understanding is protective, and that 'If anything were wrong with my kids, I would know.' But I didn't know, and it's very hard to live with that," she said.

"I felt that I was a good mom ... That he would, he could talk to me about anything," she continued. "Part of the shock of this was that learning that what I believed and how I lived and how I parented was an invention in my own mind. That it, it was a completely different world that he was living in."

Dylan Klebold and Eric Harris opened fire at the suburban Denver school on April 20, 1999, killing 12 students and a teacher before killing themselves. Another 24 people were injured in the attack.

Sue Klebold said in the interview that when she heard the attack might still be underway, she prayed her son would die so the violence would stop.

"I remember thinking if this is true, if Dylan is really hurting people, somehow he has to be stopped. And then, at that moment I prayed that he would die," she said. "That God, stop this. Just make it stop. Don't let him hurt anybody."

The interview coincides with the release of Sue Klebold's memoir, "A Mother's Reckoning: Living in the Aftermath of Tragedy," which will go on sale Monday.

She has said the Sandy Hook Elementary School shootings in Connecticut in 2012 helped convince her to share her story, and that she is donating any profits from the book to mental health charities and research.

"There is never a day that goes by where I don't think of the people that Dylan harmed," Sue Klebold said, adding that, "It is very hard to live with the fact that someone you loved and raised has brutally killed people in such a horrific way."