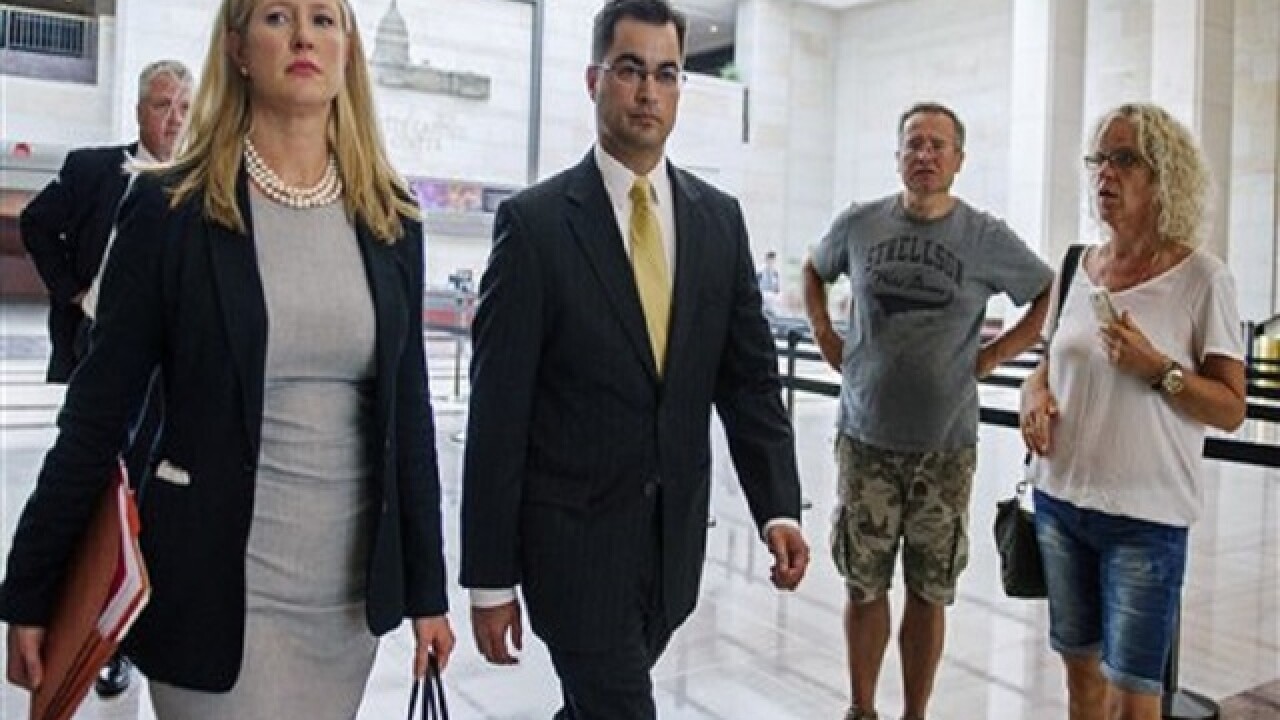 By: Associated Press
Posted at 9:44 PM, Mar 07, 2016
WASHINGTON (AP) — Senate lawmakers are renewing their request to question the State Department staffer who helped set up Hillary Clinton's private email server following revelations that he has been granted immunity by the Justice Department, according to a letter obtained by The Associated Press on Monday.
Republican senators Chuck Grassley of Iowa and Ron Johnson of Wisconsin have asked Bryan Pagliano to appear before them to discuss the server and to provide documents and communications about Clinton's personal email account.
Pagliano last year invoked his Fifth Amendment right against self-incrimination in declining to answer questions from the lawmakers about the server and email setup.
But in their letter to Pagliano, the senators argue that the immunity grant from the Justice Department — which is investigating the potential mishandling of sensitive information on the server — means that the "Fifth Amendment privilege is no longer applicable."
"Because the Justice Department has granted you immunity from prosecution in this situation, there is no longer reasonable cause for you to believe that discussing these matters with the relevant oversight committees could result in your prosecution," wrote Grassley and Johnson, who respectively serve as chairmen of the Senate committees on the judiciary and homeland security and governmental affairs.
The letter is dated March 3, the day after news broke about Pagliano's immunity offer. The senators have also asked Pagliano and the Justice Department for copies of the immunity agreement.
Mark MacDougall, a lawyer for Pagliano, did not immediately return an email seeking comment Monday evening. Clinton and her campaign have said that they are pleased that Pagliano was cooperating.
Associated Press 2016