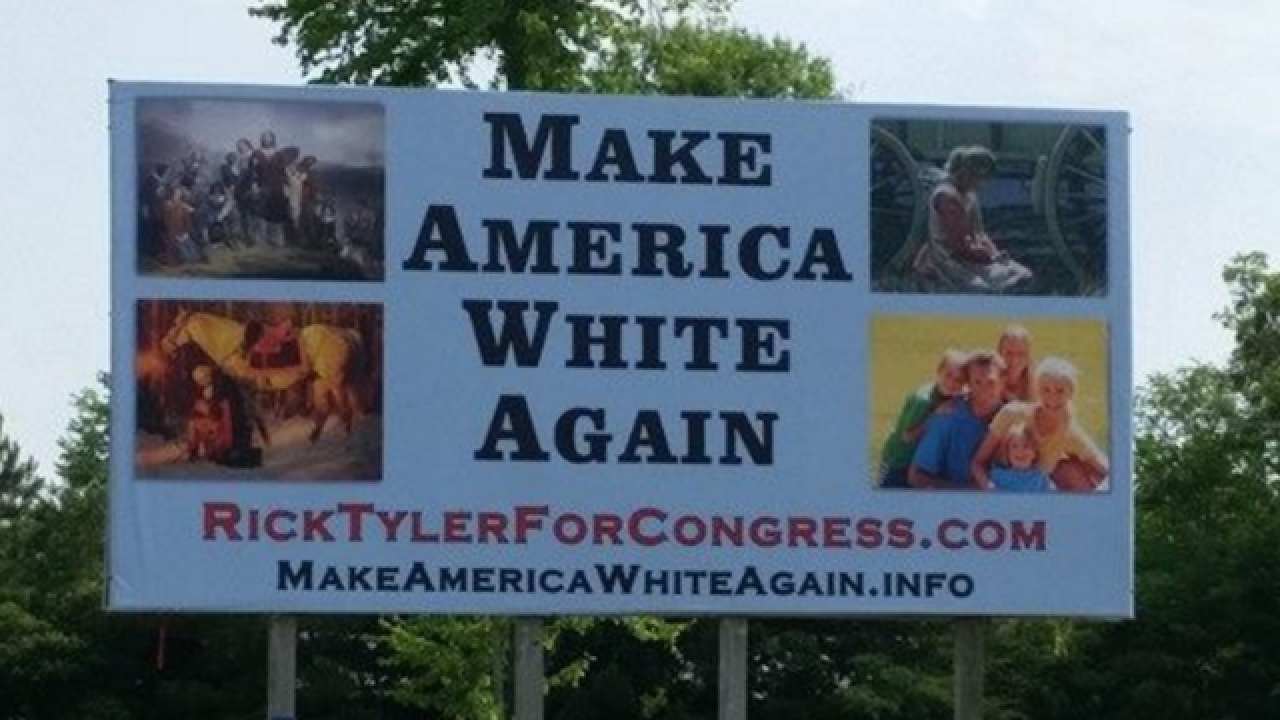 Using a play on Donald Trump's campaign slogan "Make America Great Again," a independent candidate for a congressional district in Tennessee is using the slogan, "Make America White Again," according to WRCB-TV.

The candidate, Rick Tyler, caught the attention of motorists on Tennessee's Highway 411 with the billboard displaying the campaign's slogan. Tyler is hoping to unseat Chuck Fleischmann for the state's third congressional district this November.

Tyler told WRCB-TV that he had no hatred for "people of color," and that America should go back to the "1960s, Ozzie and Harriet, Leave it to Beaver time when there were no break-ins; no violent crime; no mass immigration."

A second billboard was erected with and image of the White House with Confederate flags dotting the landscape of the executive residence. The billboard reads, "I have a dream," which was a line that civil rights leader Martin Luther King Jr. coined during his 1960s movement.

Fleischmann condemned Tyler for his billboard.

“I totally and unequivocally condemn the billboard and Mr. Tyler’s message and will vigorously fight any form of racism in the 3rd district of Tennessee or anywhere else in the nation,” Fleischmann told the station.