Cooling our cities one rooftop at a time 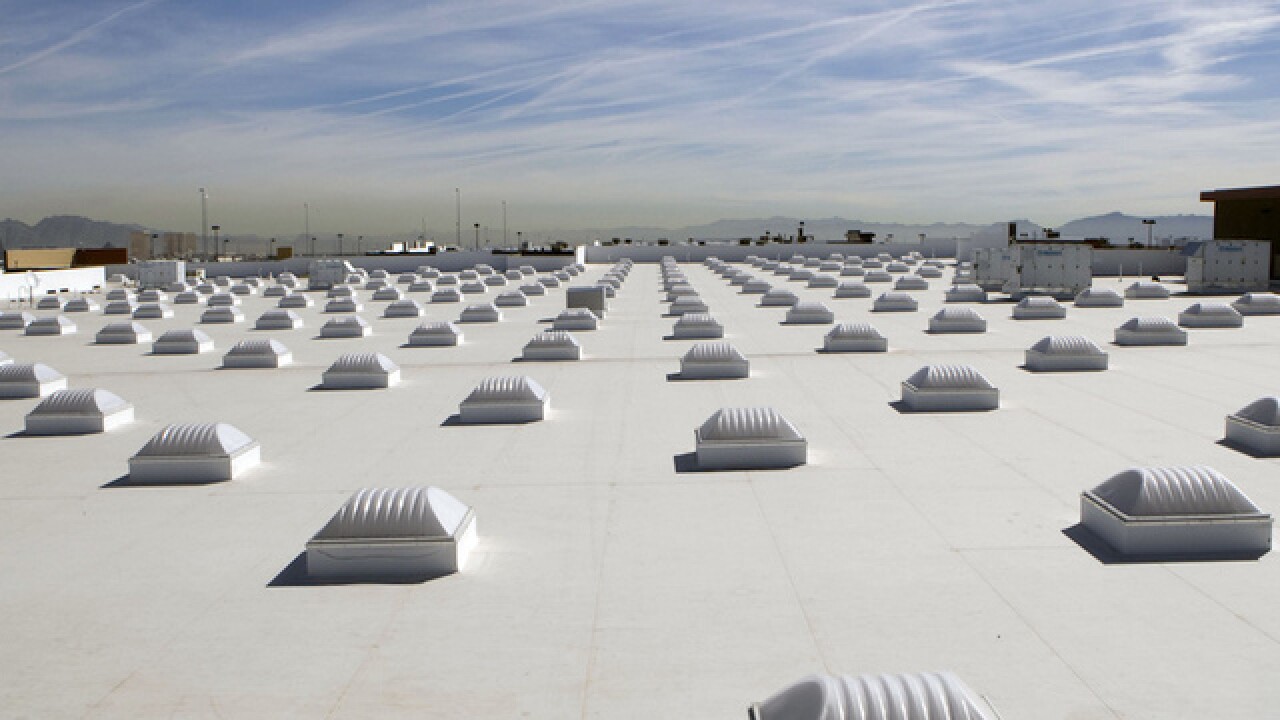 More than half of the world’s population lives in cities, and the United Nations projects that this share will rise to 70 percent by 2050. During the daytime, these expanding urban areas absorb more solar energy than the surrounding countryside. At night they radiate the heat back to the atmosphere. Higher temperatures in cities compared to the areas around them create what are known as urban heat islands (UHIs).

This story originally appeared at TheConversation.com.

In a recent study conducted by the University of Notre Dame’s Environmental Change Initiative, we examined whether green roofs, which are covered with plants, and cool roofs, which are surfaced with reflective materials, could reduce UHI effects in Chicago. These roofing strategies are widely used across Europe and have recently been adopted in multiple U.S. cities, including New York, Los Angeles, Chicago and Portland, Oregon. Developing cities in Asia, such as Indore in India are also implementing cool roofs to mitigate UHIs.

We found that these roofing strategies did reduce the urban heat island effect, but their impacts were not uniform within the city. They also reduced breezes from Lake Michigan and altered regional air circulation in ways that could offset some of their cooling and air quality benefits. While the roofs still had a net cooling impact, urban planners will need to understand impacts on energy consumption and air quality to maximize benefits from installing green and cool roofs.

Why cities are getting hotter

The world’s urban areas are rapidly expanding, and the density of city populations is increasing as they grow. In 1950, 746 million people lived in cities; in 2014, that number had risen to 3.9 billion. By 2045 more than 6 billion people may live in urban areas.

Urban heating is caused by many factors. They include the properties of building materials such as thermal conductivity, thermal mass and thermal resistance; air emissions produced by building heating and cooling systems and motor vehicles; urban designs that trap heat in street canyons, preventing it from radiating back to the atmosphere at night; and body heat produced by residents themselves.

How green and cool roofs can help

Our research showed that green and cool roofs helped to reduce UHI effects in Chicago. But we also observed important regional- and local-scale effects that affected how well these systems performed.

Second, because green and cool roofs lowered rooftop temperatures in the city, they reduced the relative temperature difference between air over Chicago and air over adjoining Lake Michigan, which is typically 4-5 degrees Celsius cooler than air over the city during daytime in summer. By doing so, they weakened the strength of breezes that blow from the lake to the shore in warm weather and help to cool shoreline neighborhoods. Urban planners can offset this effect by designing streets so that they channel air easily instead of blocking natural flow patterns.

Lake breezes form when land near the lake heats up: as warm air rises, cool air over the lake flows towards the shore. Vaughan Weather/Wikipedia, CC BY-SA

Third, we found that these rooftop surfaces did not just reduce temperatures immediately above the urban rooftops. Their impact extended into the lower atmosphere, up to altitudes of about 2.5 kilometers. This affected regional weather patterns by reducing local convection – a process in which warm air rises into the atmosphere, removing heat from earth’s surface.

Overall, our analysis suggested that large-scale installation of green and cool roofs could actually decrease wind flow in Chicago by lowering horizontal wind speeds and reducing vertical air mixing during daytime. This may lead to air stagnation near ground level, and potentially could reduce air quality. We are investigating these possibilities now.

Choosing between green and cool roofs

Green and cool roofs each offer advantages and disadvantages. Installed on a large scale, green roofs could add a substantial amount of green space to cities and provide habitat for plants and insects across urban areas. Additionally, plants can improve urban air quality by removing solid and gaseous pollutants from the air.

On the other hand, cool roofs do not require watering and cost less than green roofs to install and maintain. Green roofs also increase local humidity: moisture is released when plants are watered, and plants release more water to the atmosphere from their leaves.

Many other issues will also influence decisions about where to install green and cool roofs. One important consideration is environmental justice. Low-income and minority neighborhoods are disproportionately vulnerable to negative health impacts from extremely hot weather, so planners may choose to focus heat reduction strategies on these areas.

It is also important to note that human thermal comfort is governed by many variables, including time spent outdoors, social and economic behavior, and access to cooling resources, such as air conditioning and swimming pools. Planners should consider these factors as they apply heat mitigation strategies at the local scale.

Getting more insight into the effects of green and cool roofs can inform city planning initiatives, such as the Chicago Wilderness Green Infrastructure 2040 Vision, by identifying where green and cool roofs will work most effectively. Cities in northern latitudes, such as New York, Portland and Toronto, can benefit from green roofs because they have adequate water to irrigate them. In contrast, cool roofs are more appropriate for cities in arid and semi-arid environments such as the southwestern United States.

Cities in a warming world

In the words of John Wilmoth, director of the United Nations Population Division, “Managing urban areas has become one of the most important development challenges of the 21st century.” The world’s urban population is growing, and climate change will add to urban heating.

Unless societies act to mitigate UHIs, rising urban temperatures will threaten human health, strain energy resources, and reduce economic productivity. Green and cool roofs are excellent choices to mitigate urban heat island effects, and can be applied at a city-wide scale or block by block. Together with other strategies – such as adding more parks, lawns, ponds, trees and other green infrastructure – they can help to keep temperatures in the world’s cities livable.