Copter saves a man who scaled cliff to propose 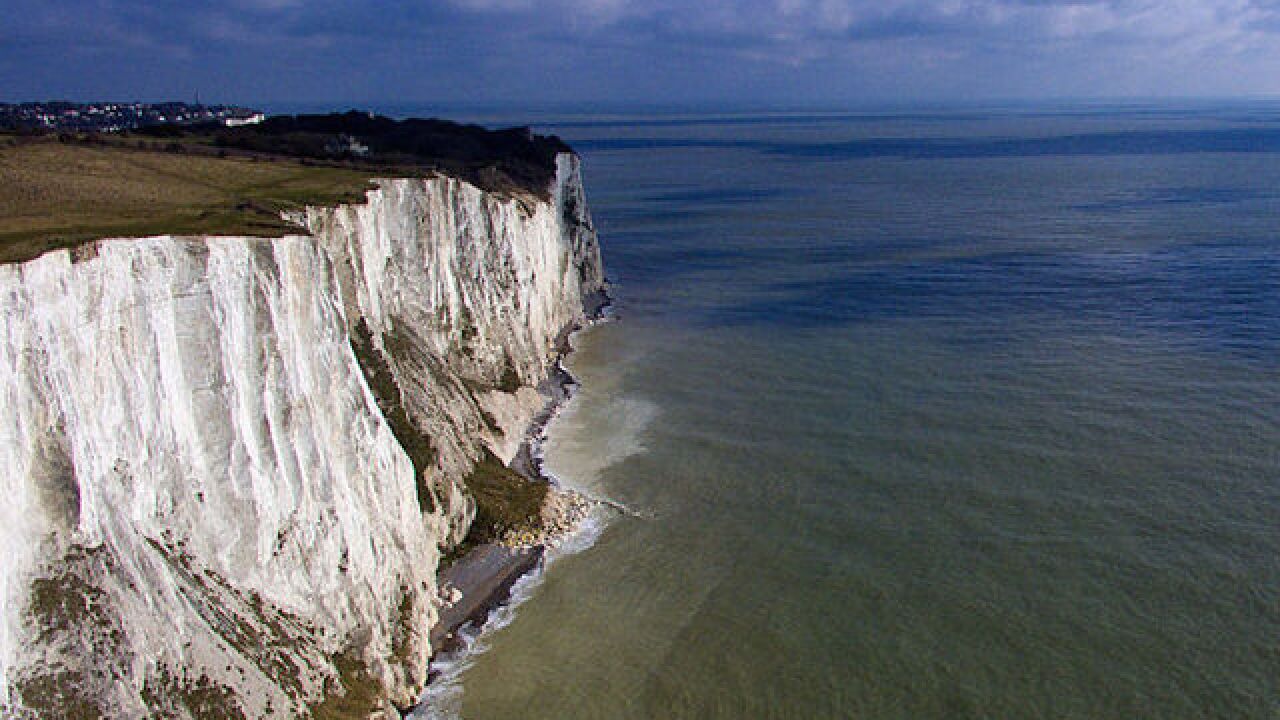 Ben Pruchnie
<p>DOVER, UNITED KINGDOM - MARCH 7: An aerial view of the white cliffs of Dover on March 7, 2016 in Dover, England. The United Kingdom, a member of the European Union (EU), an economic and political partnership involving 28 European countries which allows members to trade together in a single market, will on June 23 hold a referendum to decide whether or not to remain part of the EU. (Photo by Ben Pruchnie/Getty Images)</p>

Banks, 27, scaled 600-foot Morro Rock on the Southern California coast Thursday morning to propose to his girlfriend live, on the Facetime app.

The bad news: Banks got stuck, and had to be plucked by helicopter for a tricky, post-proposal flight to safety.

After the successful proposal, Banks "took a different trail down, much steeper," Gailey said. "He couldn't go any direction, on a sheer ledge, with his feet dangling 80 feet off the ground."

Rescuers called in a helicopter, and Gailey descended by cable to hoist Banks from the narrow ledge, with the rotors spinning near the cliff and the rotor wash battering both men.

Banks was calm for most of the ordeal, but "a little unnerved" at that part, Gailey said.

Morro Rock has been the site of several fatal falls over the years. Typically after such rescues at banned climbing sites, authorities issue a citation to the climber, Gailey said. It was not immediately clear if Banks, who was unharmed, was cited.

The man said nothing during the rescue about any second thoughts on his choice of setting for the proposal, the fire captain said.

When it comes to such momentous moments, however, "there's plenty of safe and beautiful areas that people can choose from where you're not in danger of falling off a cliff," Gailey said.