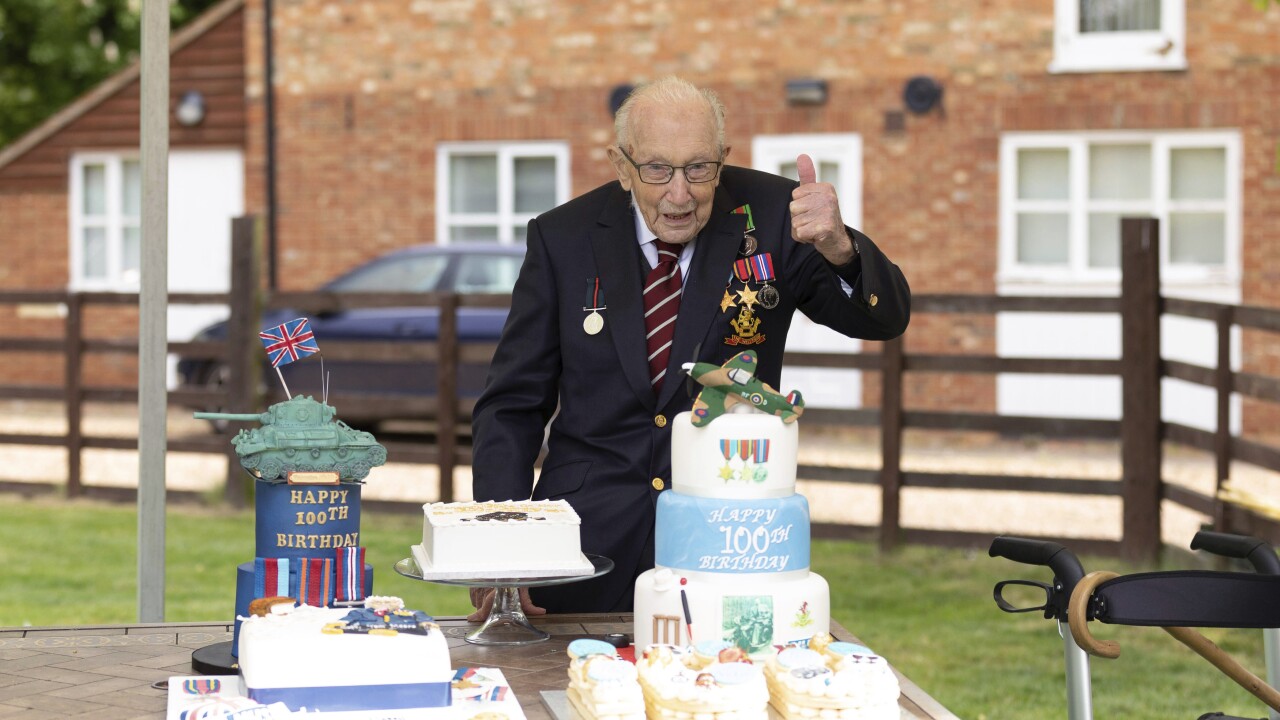 Emma Soh/AP
In this photo provided by Capture the Light Photography, Second World War veteran Captain Tom Moore poses with birthday cakes as he celebrates his 100th birthday, in Bedford, England, Thursday April 30, 2020. A British army veteran who started walking laps in his garden as part of a humble fundraiser for the National Health Service is celebrating his 100th birthday after warming the hearts of a nation that donated millions of pounds to back his appeal. (Emma Sohl/Capture the Light Photography via AP)

A 100-year-old British World War II veteran will be knighted after he helped raise more than $40 million for the country's healthcare system by running laps in his backyard.

Last month, then-Captain Tom Moore made international news when he set out to raise 1,000 pounds for charities associated with the United Kingdom National Health Service. He ended up raising nearly 33 million pounds, which were donated by 1.5 million people around the world.

"On behalf of everyone who has been moved by his incredible story, I want to say a huge thank you. He's a true national treasure," Prime Minister Boris Johnson said, according to the BBC.

The Royal Family is expected to formally approve the knighthood in the coming days.

Moore received the honorary title of Colonel on his 100th birthday, but according to the BBC, Ministry of Defence protocol says his new title will be "Captain Sir Thomas Moore."

On his 100th birthday on April 30, the Royal Air Force conducted a military flyover of his home in Bedfordshire. He also received a personalized birthday card from Queen Elizabeth.