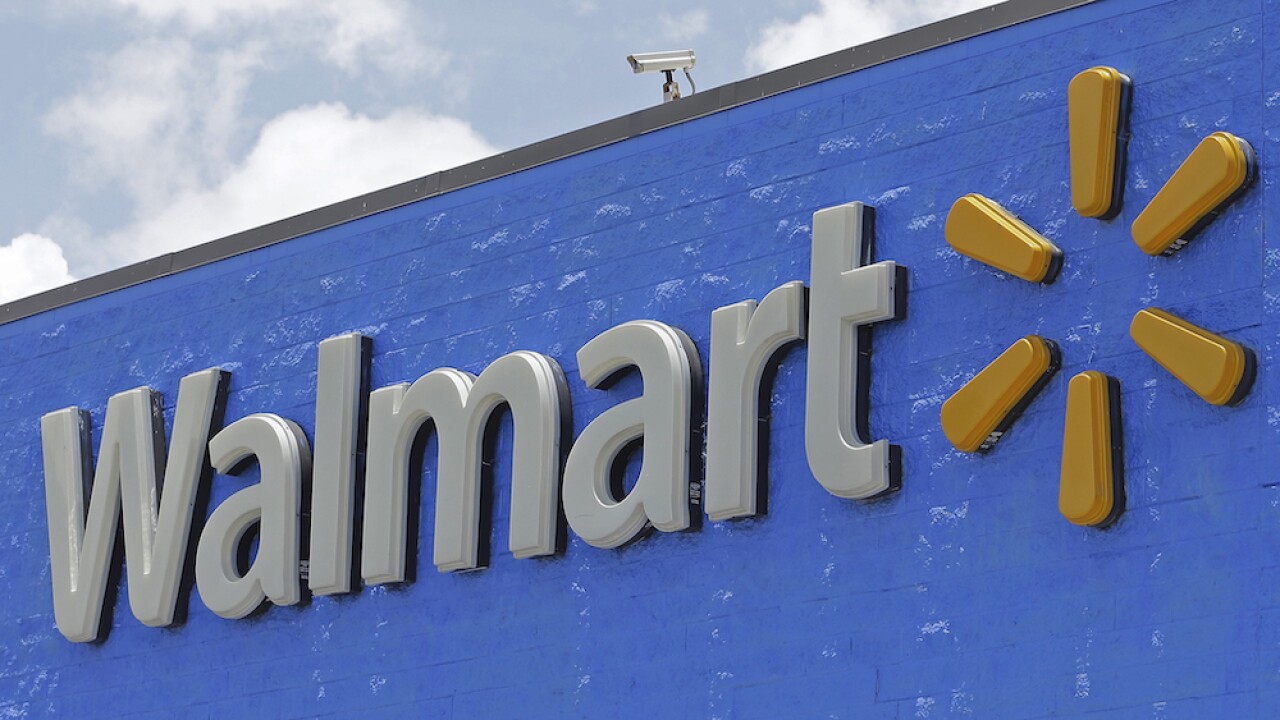 Copyright 2017 The Associated Press. All rights reserved.
Alan Diaz/AP
FILE - This June 1, 2017, file photo, shows a Walmart sign at a store in Hialeah Gardens, Fla. Walmart is expanding its same-day online grocery delivery service to more than 40 percent of U.S. households, or 100 metro areas, by year-end as it tries to keep pace with online leader Amazon.com. (AP Photo/Alan Diaz, File)

MARSHALL, Minn. — A couple in Minnesota wore red face masks emblazoned with swastikas to a Walmart in a video posted on social media.

Police were called Saturday to the Walmart in Marshall, in the southwest part of the state, on a report that two shoppers were wearing the mask with the symbol used by the Nazi Party.

The Star Tribune reports another shopper, who is a vicar of a southwest Minnesota parish, posted a video on Facebook of the man and woman being confronted by others in the store.

"If you vote for Biden you're gonna be in Nazi Germany. That's what it's going to be like," one of the masked shoppers said in the video, which was posted to Facebook.

Marshall police gave the couple no-trespass notices but did not cite or arrest them.
Walmart says the Arkansas-based retailer "will not tolerate any form of discrimination or harassment" in its business.

"What happened today at our store in Marshall, MN is unacceptable. We strive to provide a safe and comfortable shopping environment for all our customers and will not tolerate any form of discrimination or harassment in any aspect of our business," the store said in a statement to KARE-TV in Minneapolis. "We are asking everyone to wear face coverings when they enter our stores for their safety and the safety of others and it's unfortunate that some individuals have taken this pandemic as an opportunity to create a distressing situation for customers and associates in our store."

USA Today reports that Walmart's no-trespass notices means the pair won't be able to step inside their stores for a year.