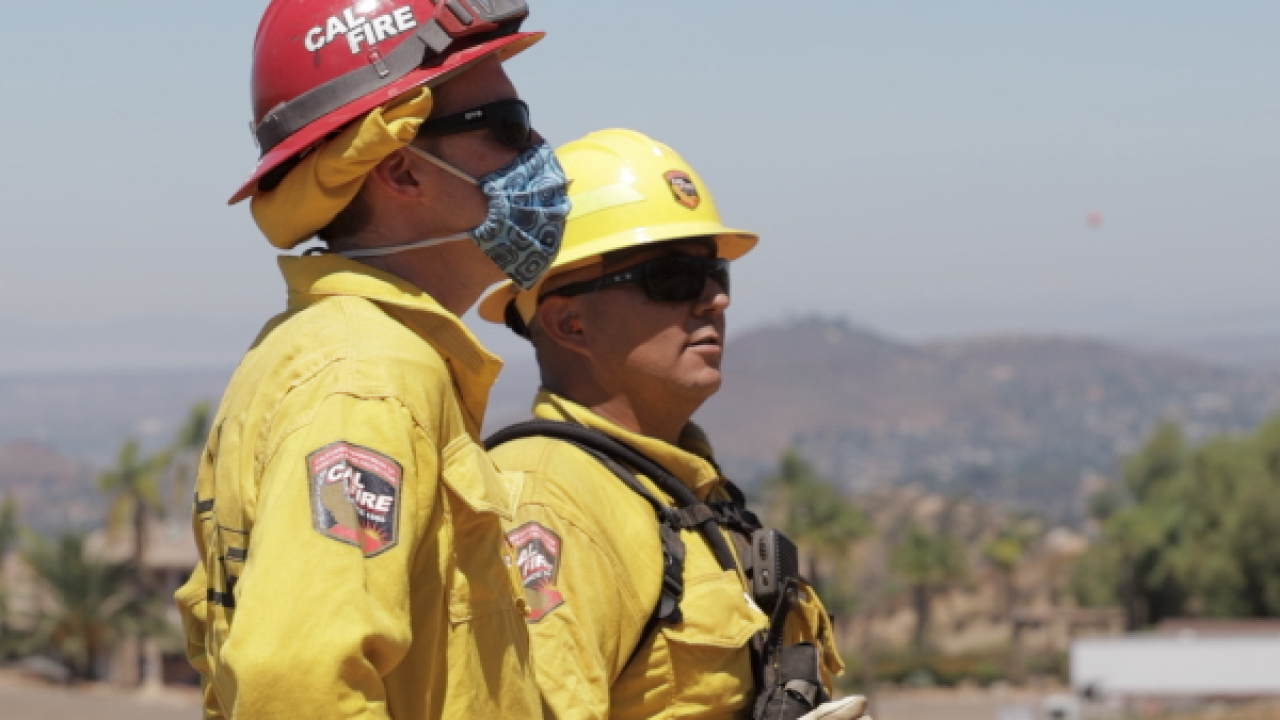 As wildfires scorch parts of the country, COVID-19 has sidelined a critical group of firefighters: prison inmates. The shortage comes as states are on pace for what could be a relentless fire season.

CalFire, the state agency tasked with fighting and preventing wildfires in California, has already responded to over 4,100 fires as of June this year. Compare that to an average of 2,500 in recent years.

“This year, we’re seeing something more typical of year’s past, we’re seeing these small starts that are growing into bigger fires," said Thomas Shoots, a CalFire public information officer. "We have a 25,000-acre fire burning up in Fresno now.”

Responsible for protecting millions of acres across the state, CalFire relies on help from crews of inmates from the California Department of Corrections and Rehabilitation.

“These are inmates who’ve chosen to help out California by joining these fire crews, and they’re a huge resource for the state,” said Shoots.

Roughly 2,200 prison inmates are trained to work on the fire line, but COVID-19 has depleted their ranks.

Of the state’s 118 staffed crews, 41 were quarantined because of prison outbreaks as of July 16, eliminating hundreds of firefighters at a critical time.

States like Arizona, Colorado, Washington State, and Oregon also deploy inmates to wildfires, but in far fewer numbers than California.

“We’re sitting much shorter than we have been in the past, but we’ve also taken a lot of aggressive steps to make sure we have enough folks for when these fires happen,” said Shoots.

The state is hiring 858 paid firefighters to fill the void. They could also turn to the California National Guard and out-of-state resources if needed.

“It continues to be a concern that COVID-19 could come in and decimate our staffing, but that hasn’t happened because we’re taking every precaution we can.”

Like wildfires, COVID-19 has proved destructive and unpredictable, but firefighters stand ready to battle them both.