House expected to vote on $483B coronavirus aid package Thursday 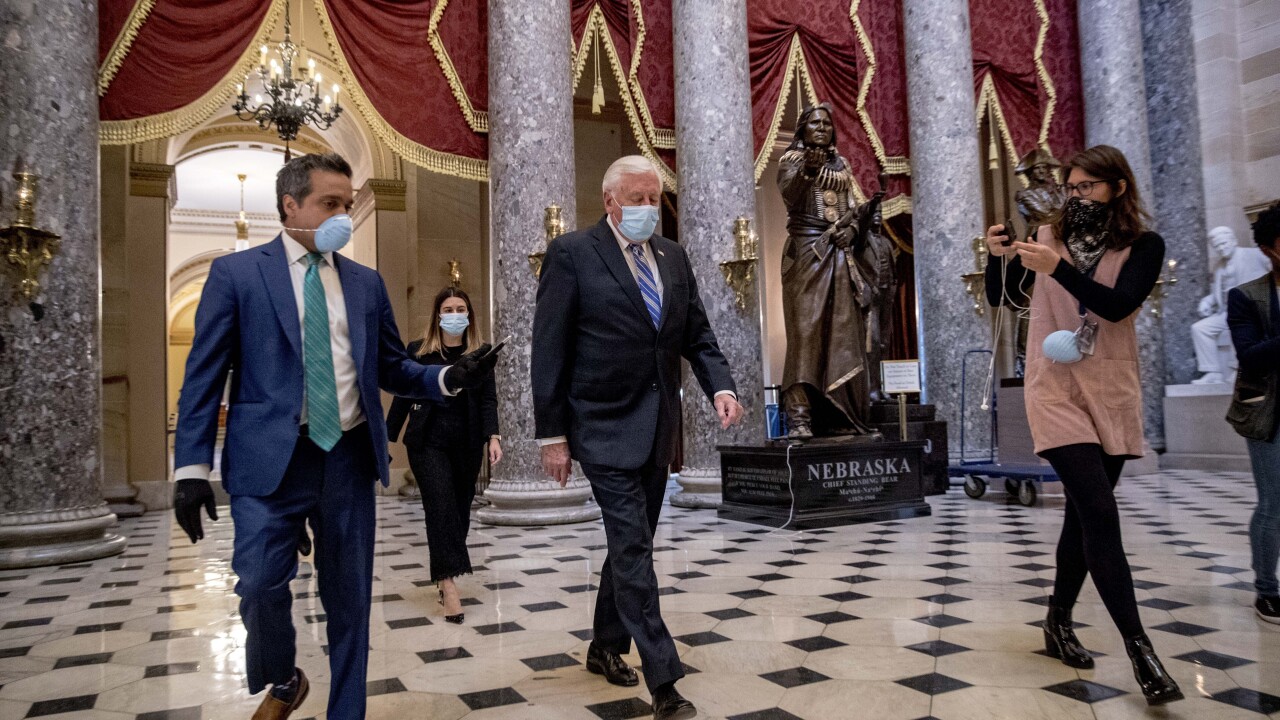 WASHINGTON, D.C. (AP) — A nearly $500 billion measure that would help businesses and hospitals cope with the coronavirus’ devastation is edging toward House passage.

Many lawmakers were wearing face masks and scarfs as they met to consider the measure on Thursday.

The package is headed toward certain, overwhelming approval later in the day. That would send the measure to President Donald Trump for his signature. He has said he will sign it into law.

Anchoring the $483 billion measure is a request by the administration for more than $300 billion to replenish a fund to help small- and medium-size businesses with payroll, rent and other expenses. The Paycheck Protection Program ran out of money last week.

The measure would also provide hospitals with $75 billion more and implement a nationwide virus testing program to facilitate reopening the economy.

The Senate approved the legislation Tuesday. But partisan divides remain over the bill.

Supporters are already warning that more money will be needed almost immediately for the business-backed Paycheck Protection Program. But battle lines are forming over the next measure amid growing demands to help out state and local governments, the Postal Service and first responders.