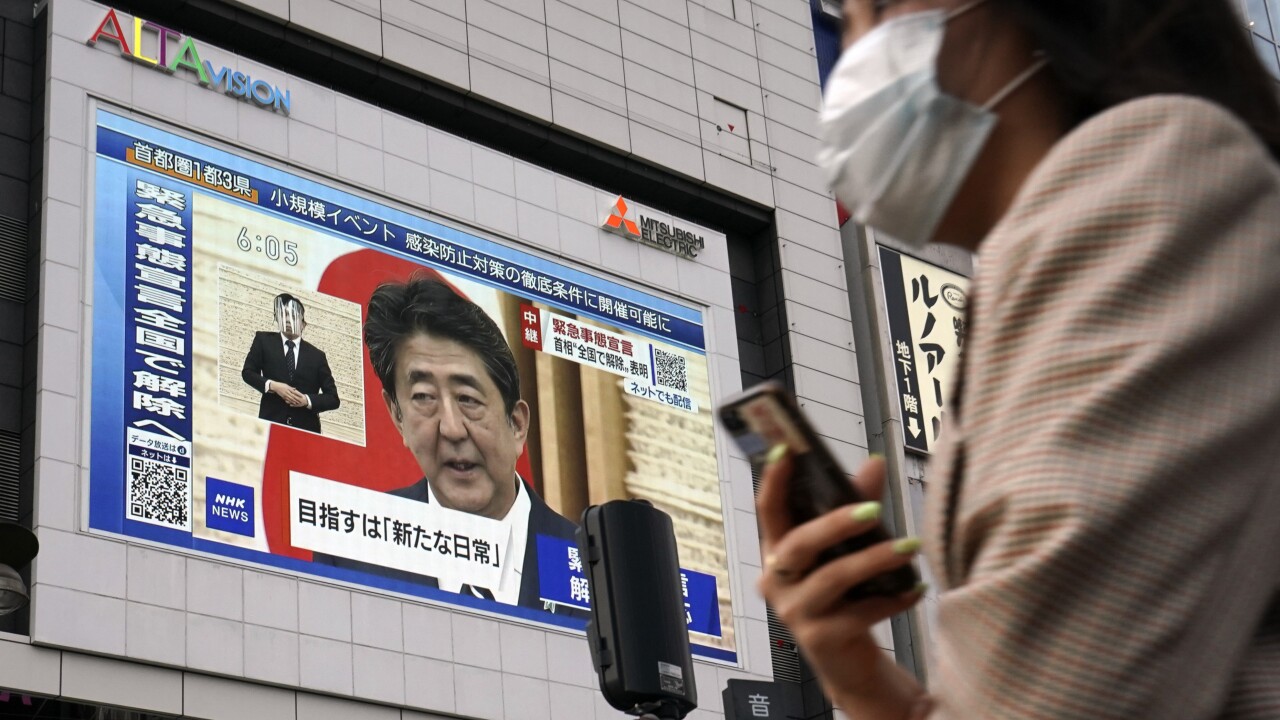 TOKYO, Japan – The prime minister of Japan has lifted a coronavirus state of emergency in Tokyo and the four other remaining areas in the country, ending the restrictions nationwide as businesses begin to reopen.

Experts on a special government panel have approved a plan to remove the state of emergency from Tokyo and neighboring Kanagawa, Chiba and Saitama prefectures, and in Hokkaido to the north, which had more cases and remained under the emergency declaration after it was removed in most of Japan earlier this month.

The state of emergency lasted for more than a month and a half.

Economy Minister Yasutoshi Nishimura said lifting of the emergency does not mean the end of the pandemic. He said the goal is to minimize next possible recurrences of infections while balancing preventive measures and the economy.

Prime Minister Shinzo Abe declared the state of emergency on April 7, first in parts of Japan including Tokyo, expanded it to the entire nation later in the month and extended it until the end of May. Unlike a European-style hard lockdown, Japan’s state of emergency is soft and largely a request for people to stay at home and for non-essential businesses to close or operate shorter hours, a strategy aiming at minimizing the economic damage.

Tokyo and its three neighboring prefectures are to reopen schools, public facilities and businesses in phases in coming weeks while watching any signs of a resurgence of infections.

Nishimura said recent data suggest that the infections have slowed enough, and the medical systems are under less pressure and that it’s time to gradually resume social and economic activity. Tokyo and Hokkaido, where more than a dozen new cases have been reported Sunday, still need to remain extra-cautious, he said.

“We cannot completely eliminate the coronavirus to zero,” Nishimura said. “Even after the state of emergency is lifted, we must firmly take preventive measures based on our new lifestyles.”

Japan has 16,580 confirmed cases and 830 deaths, according to the health ministry.