Japan lifts coronavirus state of emergency in most regions of country, but not in Tokyo 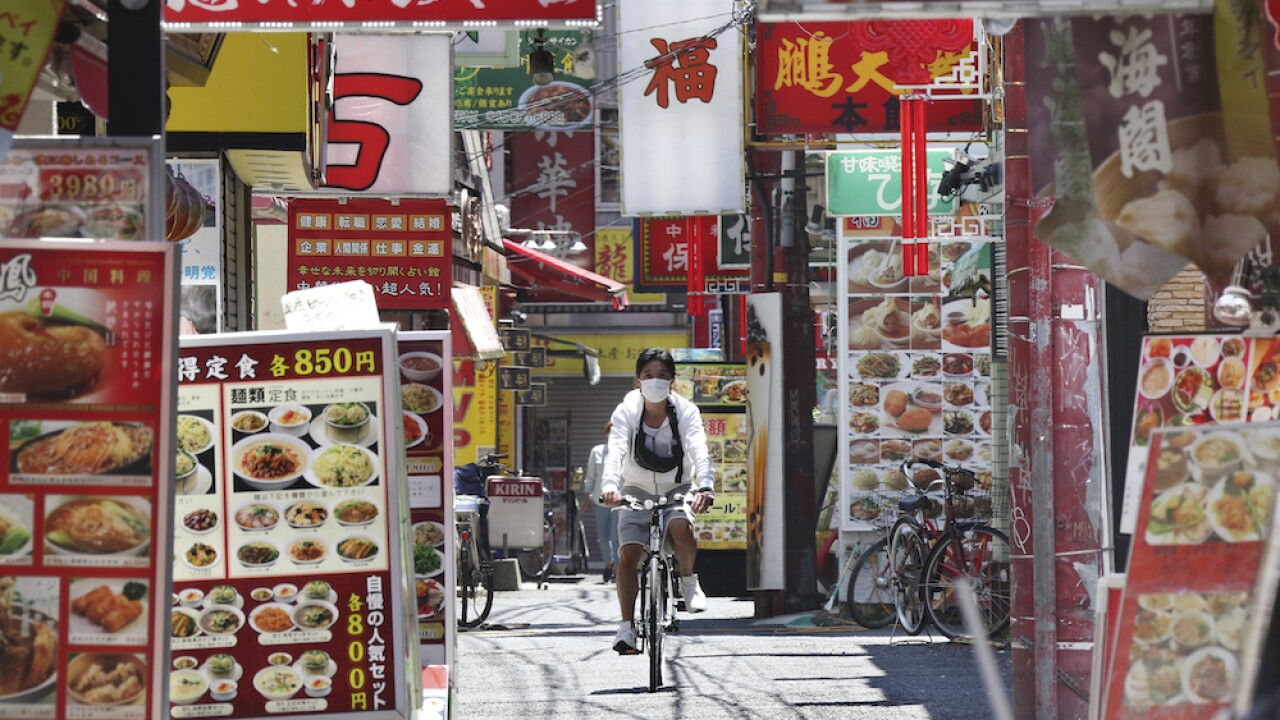 Copyright 2020 The Associated Press. All rights reserved.
Koji Sasahara/AP
A man wearing face masks to protect against the spread of the new coronavirus cycle through China Town in Yokohama, near Tokyo Friday, May 8, 2020. Prime Minister Shinzo Abe announced that Japan extend a state of emergency until end of May. ( AP Photo/Koji Sasahara)

TOKYO — Japan’s prime minister has announced the end of the state of emergency for most regions of the country, but restrictions are being kept in place in Tokyo and seven other high-risk areas, including Osaka, Kyoto and Hokkaido.

Prime Minister Shinzo Abe on Thursday lifted the measure ahead of schedule in 39 of the country’s 47 prefectures, effective immediately.

Abe declared a month-long state of emergency on April 7 in Tokyo and six other urban prefectures, later expanding it to the whole country through May 31.

With signs of the infections slowing, Abe is seeking to relax restrictions while balancing disease prevention and the state of the economy.

Abe said: “Today is the new beginning for our daily lives, a new normal.” He warned of a likely resurgence of the infections, urging people to keep their guards up.

He said experts will meet again next week to decide if the measure in the remaining areas can be lifted, pledging to bring the coronavirus outbreak under control by the end of May.

Japan now has more than 16,000 confirmed cases, with about 680 deaths. The number of new cases has significantly decreased nationwide.