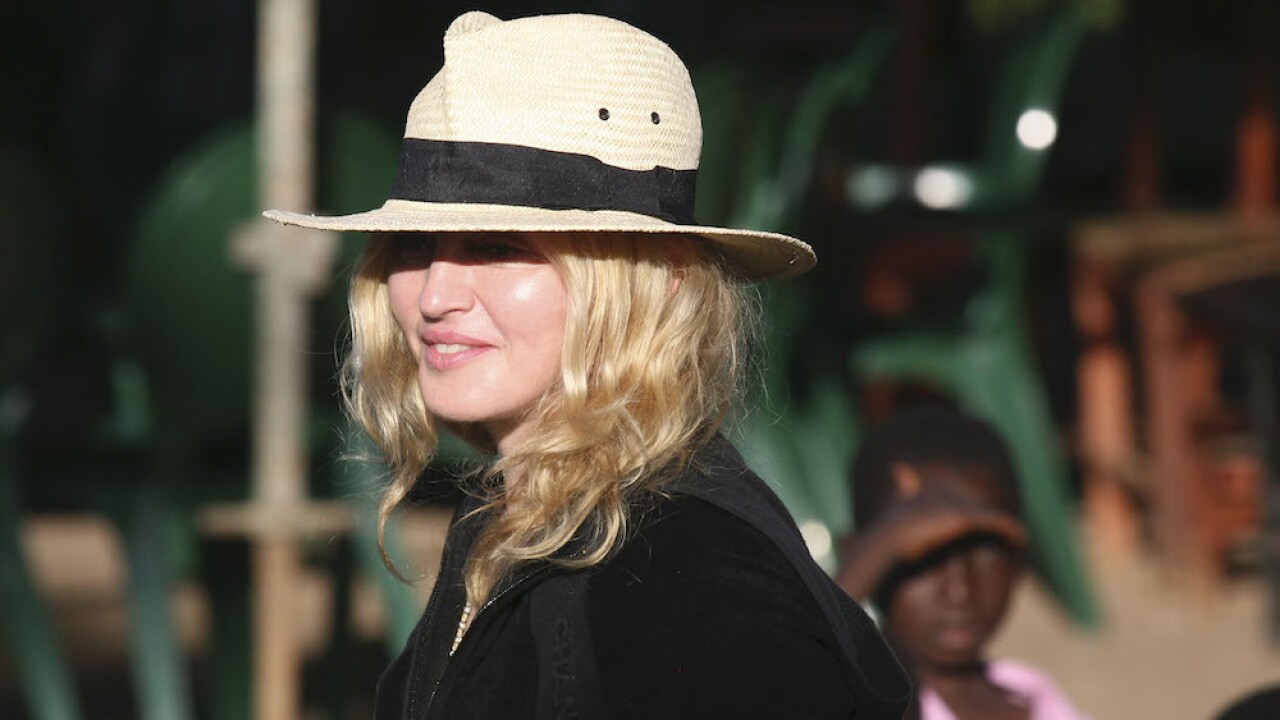 AP2009
TSVANGIRAYI MUKWAZHI/ASSOCIATED PRESS
Pop star Madonna is watched by local children during a visit to Chinkhota village near Lilongwe, Malawi Sunday, March 29, 2009. Madonna arrived in Malawi Sunday in a bid to adopt a girl, according to a local social welfare offical. The girl would become the second child the pop star has adopted from the impoverished African country. (AP Photo/Tsvangirayi Mukwazhi)

Instagram flagged Madonna's account for misinformation on Tuesday evening after she shared a COVID-19 conspiracy video that's been widely debunked by fact-checkers and medical professionals.

The post included the same video shared by President Donald Trump and his son, Don Jr. The clip shows doctors falsely claiming that masks are not needed to prevent the spread of the coronavirus and advocates for the use of hydroxychloroquine — a drug which is no longer authorized for emergency use with COVID-19.

“The truth will set us all Free! But some people dont want to hear the truth,” Madonna wrote in her caption, according to Vulture.

Madonna also falsely claimed the caption of her post that a COVID-19 vaccine had already been created but had not been released in order to "let the rich get richer."

Instagram initially blurred the video and included a caption declaring the content contained "false information." The message included an independent fact-check that disputed the false claims in the video.

Facebook and YouTube removed the video from its platforms as it began to go viral on Sunday night. On Tuesday, Twitter briefly locked Donald Trump Jr.'s account from performing certain functions after he shared the video.

Earlier this year, Madonna proclaimed COVID-19 to be the "great equalizer" in an Instagram video shot in her bathtub. In May said she tested positive for COVID-19 antibodies, at which point she said she was going to go for a drive to “breathe in the COVID-19 air.”