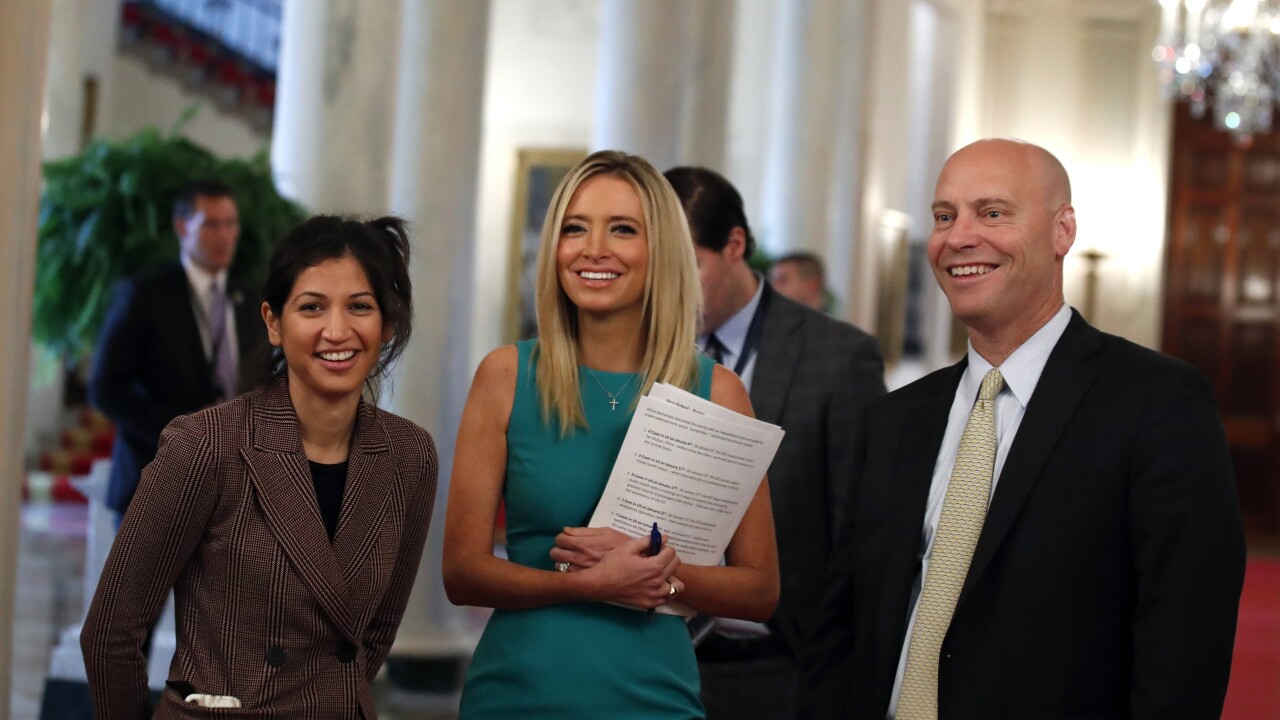 "Thank you all for your prayers and well wishes. I’m doing well and look forward to getting back to work for the American people," Miller said.

During a White House meeting with Republican members of Congress, Trump said, “She's a wonderful young woman, Katie, she tested very good for a long period of time and then all of a sudden today she tested positive. She hasn't come into contact with me. She's spent some time with the vice president.”

Katie Miller is married to Stephen Miller, a senior adviser to Trump.

Bloomberg was the first to report that a member of Pence’s staff had tested positive.

As the news broke, Pence and his team were en route to an event in Des Moines, Iowa. Their flight was delayed about an hour as some people got off the plane, reports say.

Sources tell CNN that Miller was not on the trip, but there were concerns about people on the plane who had been in contact with her

This new case comes a day after it was revealed that a personal valet of President Donald Trump had also tested positive for the virus.