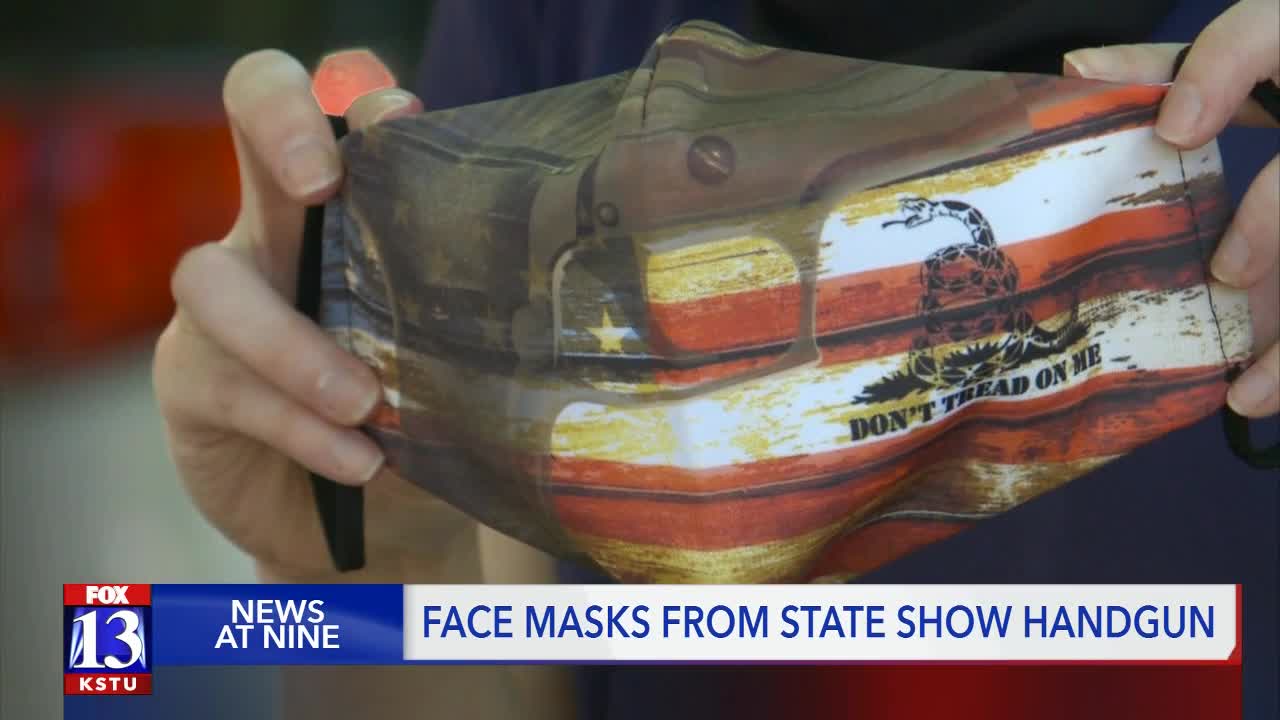 The State of Utah sent face masks showing a handgun and controversial political image to a Salt Lake City family. 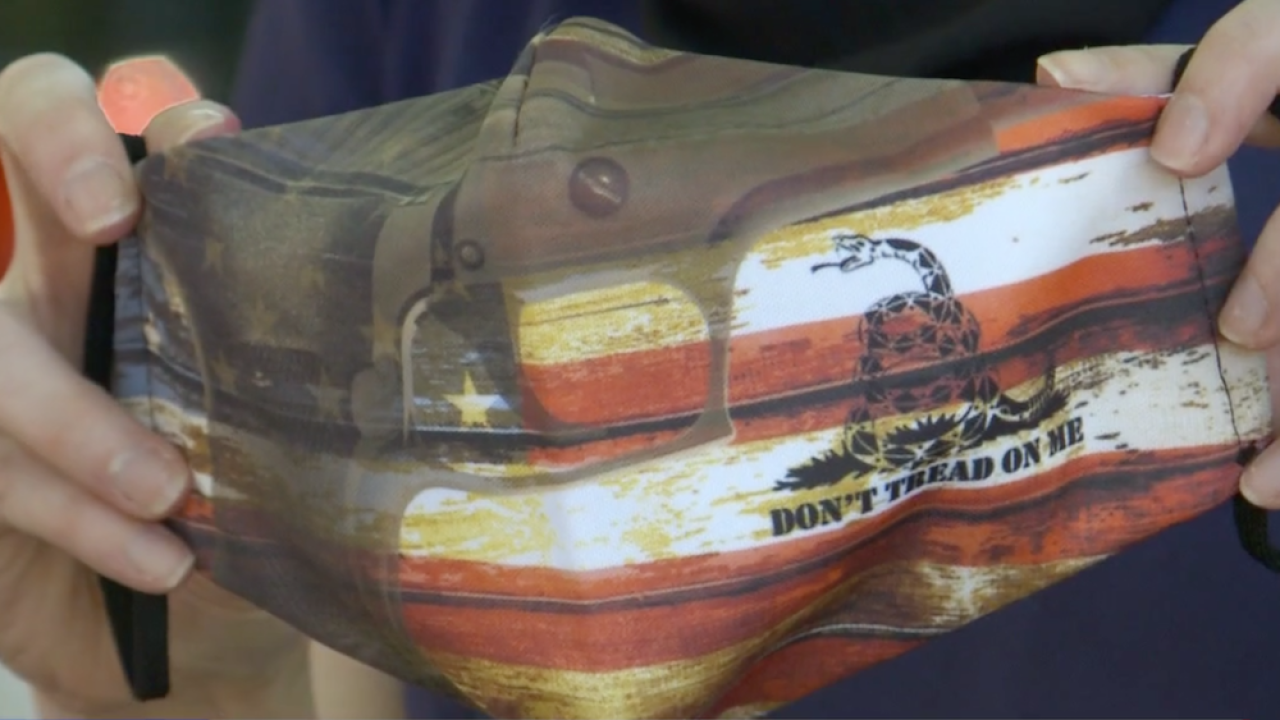 SALT LAKE CITY, Utah — A Utah family that ordered free coronavirus masks through a state program say they were sent politically-charged face coverings featuring a handgun and a controversial slogan.

Christine Passey-Spencer of Rose Park says she ordered the masks through a sate program, "A Mask for Every Utahn." Since April, the campaign has used federal COVID-19 money to purchase more than 2 million masks from local and international manufacturers to limit the spread of the virus.

"I was just shocked," Passey-Spencer said.

The two masks feature an American flag with a handgun printed across the front. The face coverings also feature the slogan "Don't Tread on Me," written below a coiled rattlesnake.

"I think the thing that bothered me most is that I knew my tax dollars paid for this, and this is very politically-charged speech," Passey-Spencer said.

The Gadsden Flag — the inspiration for the snake and "Don't Tread on Me" slogan — was first used in the Revolutionary War. But in recent years, the image has been co-opted by the Tea Party, anti-gun control activists and white supremacists. In 2016, it was deemed to have "racially-tinged" messaging in some contexts by the federal government. More recently, the image has been used by people believing COVID-19 health restrictions take away their constitutional rights.

"We hope this is an isolated incident; that we just missed these couple of masks," said Ben Hart, who oversees Utah's mask program for the Governor's Office of Economic Development.

Hart admits about 100 of the "Don't Tread on Me" masks were included in a shipment last month. Hart says the staff deemed them "inappropriate" and attempted to set all of them aside.

"We will not be using taxpayer dollars to pay for these masks. We will be working with the manufacturer and ensuring we do not pay for them," Hart said.

The governor's office replaced the masks for Passey-Spencer on Tuesday.

This story was originally published by Hailey Higgins on KSTU in Salt Lake City, Utah.