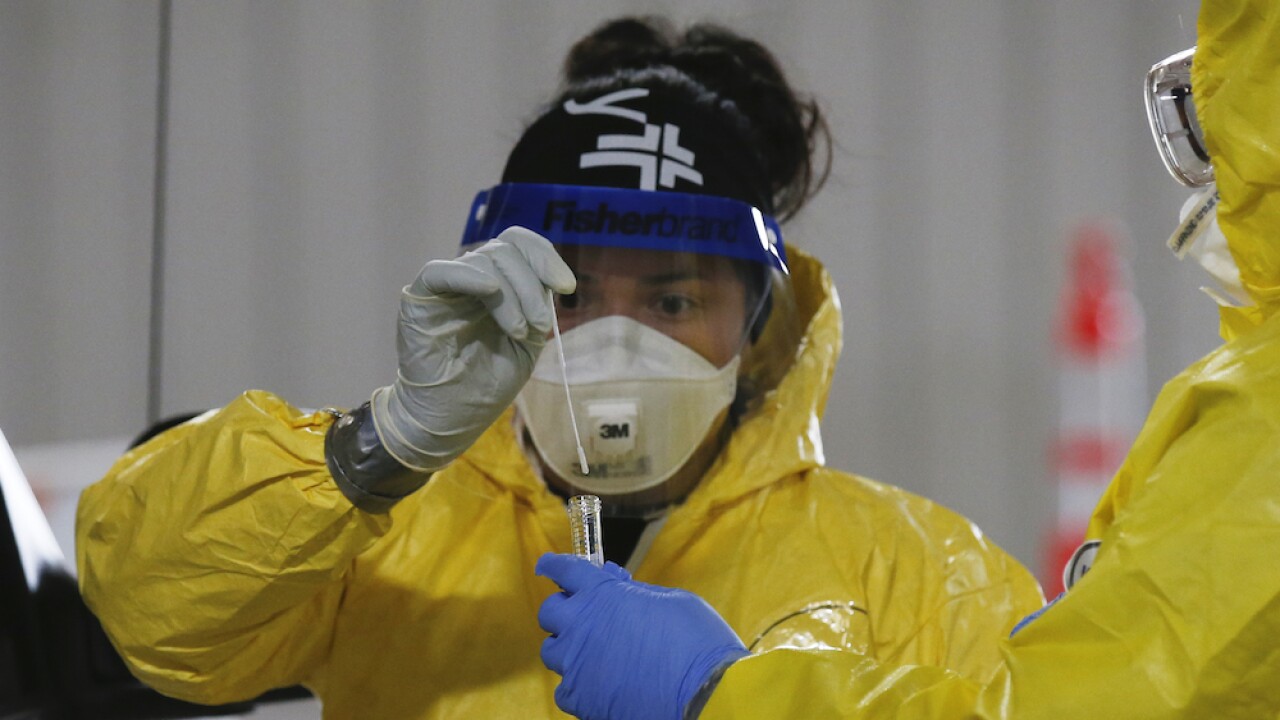 Copyright 2020 The Associated Press. All rights reserved.
Sue Ogrocki/AP
Registered nurse Raquel Hernandez places a nose swab into a test tube for a COVID-19 test at a mobile testing site at the Murray County Expo Center in Sulphur, Okla., Tuesday, April 14, 2020. The testing was performed by staff from District Eight of the Oklahoma State Department of Health. (AP Photo/Sue Ogrocki)

NBC News and PBS report that the Trump administration will end funding to 13 COVID-19 testing sites in five states at the end of June.

According to PBS reporter Yamiche Alcindor, the testing sites are located in Illinois, New Jersey, Colorado, Pennsylvania, and Texas.

Reports of the administration's decision came a day after the U.S. reported 34,700 new cases of the virus — the third-highest single-day increase of new cases since the pandemic began.

The reports also come after days of contradicting messaging regarding testing within the administration. At a rally in Tulsa on Saturday, President Donald Trump said that he had ordered health experts to "slow down" testing to limit the number of newly reported infections.

On Monday, Press Secretary Kayleigh McEnany said during a press briefing that Trump made those comments "in jest." Trump contradicted McEnany's assertion on Tuesday when asked about his comments, adding that he "doesn't kid."

Also on Tuesday, Dr. Anthony Fauci and other top health officials in the White House said they had not been directed to slow down testing.

Health experts widely agree that increased testing capacity is a key tenet in slowing and preventing the coronavirus' spread.