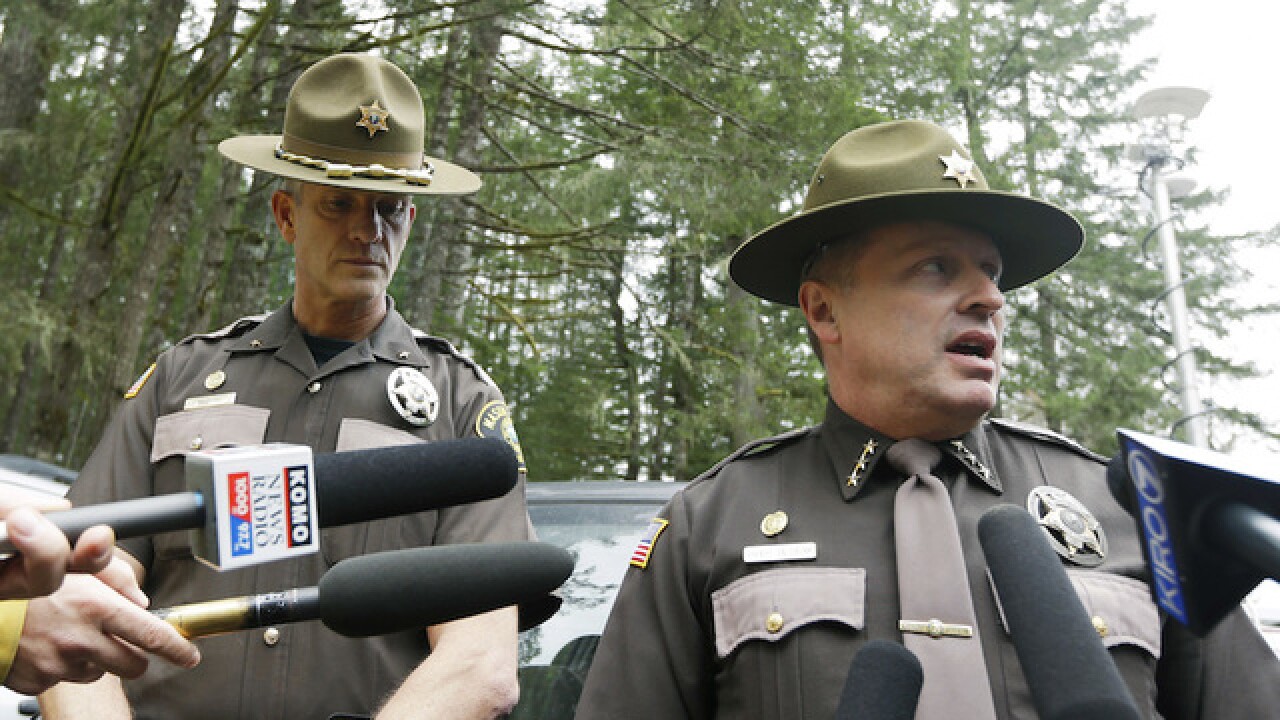 SEATTLE (AP) — A coroner in Washington state on Saturday released the identity of a gunman and three of his four victims in what authorities described as a mass shooting and suicide.

David Wayne Campbell, 51, shot and killed himself Friday in front of police who said they tried for more than three hours to get him to surrender, said Mason County Coroner Wes Stockwell.

In an outbuilding on the remote, wooded property near Belfair, southwest of Seattle, authorities found four bodies, including those of his wife of six years, Lana J. Carlson, 49, and her sons, Quinn and Tory Carlson, who were 16 and 18, respectively.

Stockwell said he was withholding the identity of the fourth victim pending notification of relatives.

On Friday morning, Campbell called a police officer he previously knew and reported that he had shot his family. The officer traveled across Puget Sound from Seattle and responded to the home, as did a Mason County SWAT team.

For 3½ hours, a deputy sergeant tried to persuade the man to surrender, but he finally walked outside and shot himself, the sheriff's office said.

A 12-year-old girl was able to escape the house and survive. She was taken to a hospital, but she had not been shot, authorities said.

"Apparently she's OK," Chief Deputy Ryan Spurling said. "I don't know if this is a daughter, or stepdaughter, or what the relationship is, but she escaped from the house."

Investigators on Saturday did not immediately release any additional information or shed light on any potential motive for the killings.

Jack Pigott, who lives down the road, said he heard gunshots Thursday night but none Friday.

Campbell and Carlson were married in November 2009, King County records show. The wife had two teenage sons who were adopted from Russia during a previous marriage, Pigott said, as well as a daughter who was adopted from China. Her previous husband died of cancer, he said.

Campbell ran a business called Campbell Family Heating and Air Conditioning, according to state records, while Carlson — who also went by Lana Jane Campbell — had registered a business called Crispy Edges. She had purchased a food truck, and she and Campbell had been working on the truck but had not been able to secure the county permits needed to operate it, Pigott said.

The neighbor also said Campbell had recently been hospitalized, but he didn't know why.

It was common for the family to do shooting practice, Pigott said. That's what he assumed Thursday's gunfire was.

"I was getting a load of wood into the house, and I hear some gunshots," he said. "Four or five, a pause and then another round."