Cosby paints himself as a mentor in deposition 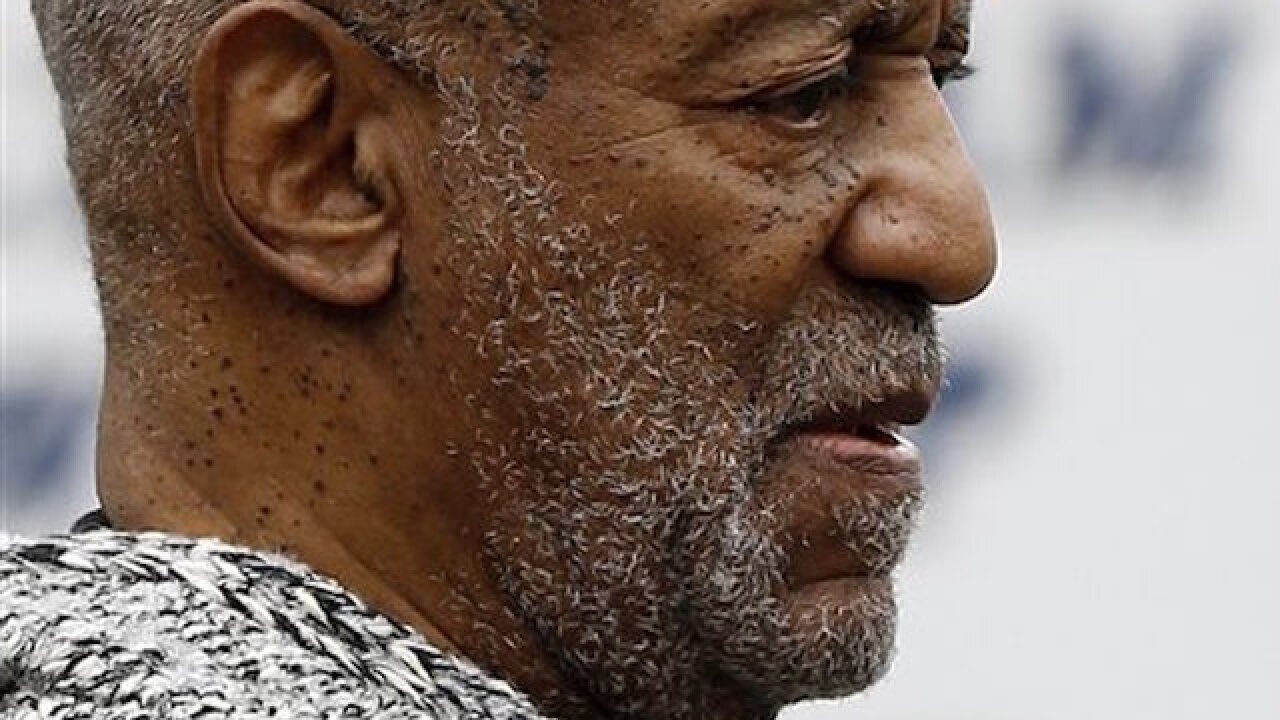 Matt Rourke
<p>FILE - In this Wednesday, Dec. 30, 2015, file photo, Bill Cosby leaves the Cheltenham Township Police Department where he was processed after being arraigned on a felony charge of aggravated indecent assault in Elkins Park, Pa. Cosbyís lawyers will be in court Tuesday, Feb. 2, 2016, seeking to have the charges dismissed. (AP Photo/Matt Rourke, File)</p>

PHILADELPHIA (AP) — Bill Cosby's attraction to Andrea Constand began the moment he spied her across a Temple University gym in about 2002. The flirting — some would say grooming — began almost immediately.

When Constand, a Temple women's basketball staffer, mentioned that her back was bothering her, the 66-year-old comedian offered his "layman's" fix in the women's locker room.

"It's one where she gets on my back with her back and her arms come under mine and I grab her and I say, 'Now you relax,'" Cosby said in a 2005 deposition. "I go up and I come down and I give that jolt and it's supposed to line the vertebrae."

The friendship that followed between Temple's most famous booster and the then-31-year-old employee colors the sex-assault prosecution that starts in earnest Tuesday, when Cosby's lawyers will ask a judge to throw out charges stemming from a 2004 encounter at his suburban Philadelphia home.

In Cosby's mind, Constand had reacted "very, very favorably" to him the day they met at Temple's arena.

A university trustee, he began inviting her to dinner at his home, at first with others but later alone. Cosby was both a sounding board and someone who could open doors for a woman considering a career change. In November 2003, he summoned Constand to the Foxwoods casino in Connecticut, where he was performing, and arranged for her to have dinner with a casino executive in his suite. But he voiced frustration when she failed to follow through on his job leads.

"Here's a mentor, Bill Cosby, who is in the business — Bill Cosby, who happens to know something about what to do — and Andrea is not picking up on it," Cosby said in the deposition, part of the sex-assault lawsuit Constand filed in 2005.

In the deposition, Cosby paints himself as Constand's friend, mentor and occasional partner in sex "play" that stopped short of intercourse, lest she fall in love with him.

Constand's lawyers have since pointed out that she is gay and was dating a woman at the time.

Basketball, a common bond between them, had taken Constand from a standout high school career in Toronto to a 1996 NIT championship with the University of Arizona to semi-pro ball in Europe and finally a job with Temple women's basketball program.

By her third season, though, Constand was restless, wondering if this was the end of the road for her life in basketball. She spoke frequently about it to Cosby, during phone calls, at social events and during the approximately half-dozen visits she made to his Cheltenham home.

Cosby, in the deposition, described at least two separate nights when they engaged in sex play there — the first time, after she had four drinks, and the second time, after he gave her unidentified pills. (Cosby said he never drank or did illegal drugs, although he acknowledged getting quaaludes in the 1970s to use on women he hoped to seduce.)

The criminal case involves the second night, in January 2004.

Cosby said: "Andrea came to the house. ... We talked about Temple University. We talked about her position. And then I went upstairs and I got three pills ... because she was talking about stress. ... We sat for 15 or 20 minutes talking. I then said, 'Let's go into the living room.' ... I asked her to have a sit down on the sofa. We were still talking. But then we began to neck and we began to touch and we began to feel and kiss and kiss back."

Cosby described the "digital penetration" that followed as something of a favor, to help her unwind.

"I was hoping (it) had been a sort of a contribution to happiness, friendship, a moment that we shared," Cosby said.

Constand later said she was too drugged to remember it clearly.

Cosby, in a taped phone call with Constand and her distraught mother a year later, confirmed that he gave her pills and described the sex act.

Over the next few days, his agents and handlers made a flurry of calls to their family home to offer an educational fund or suggest they meet him at his next gig in Miami. The Constands instead gave the tape to police in Canada, who referred the case to Pennsylvania investigators.

Then-Montgomery County District Attorney Bruce Castor declined to press charges in what he viewed as a "he said, she said" case.

Defense lawyers will argue Tuesday that Cosby had a deal that he would never be charged. In an unusual twist, Castor will be their key witness.

The AP generally does not identify people who say they have been sexually assaulted unless they agree to have their names published, as Constand has done.