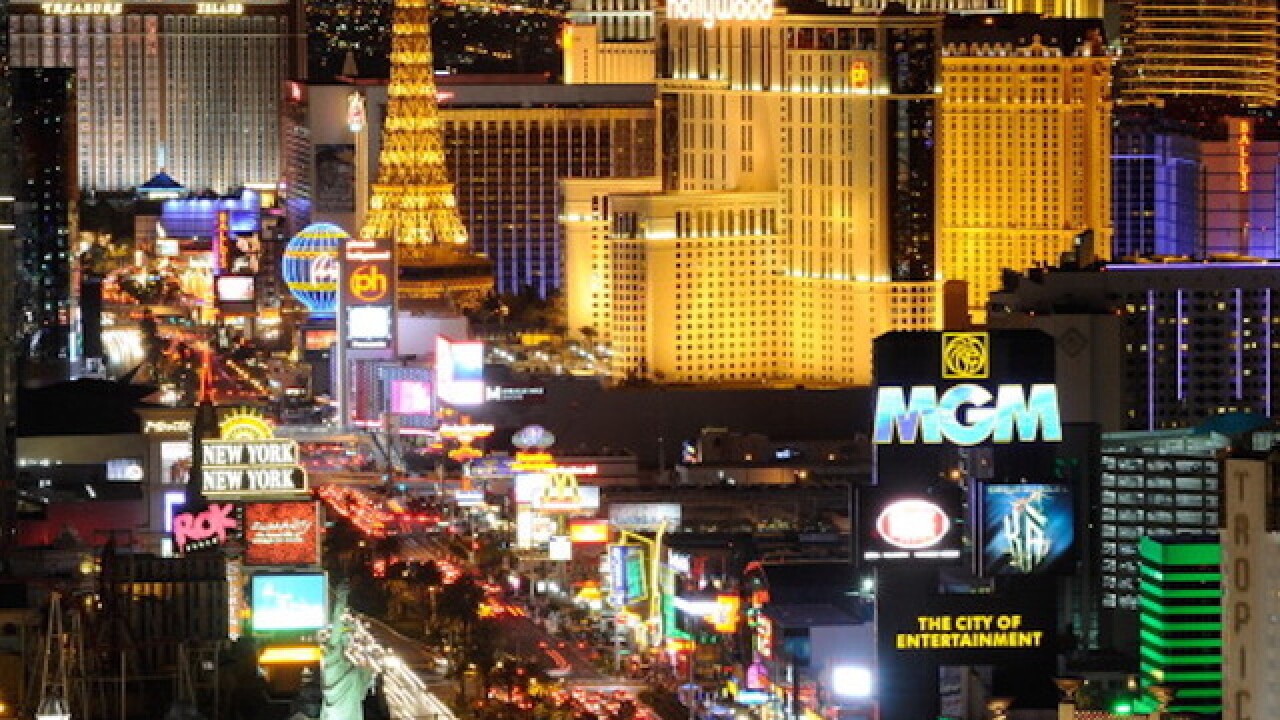 Ethan Miller
<p>LAS VEGAS, NV - MARCH 26: A view of the Las Vegas Strip seen before Earth Hour from the House of Blues Foundation Room inside the Mandalay Bay Resort & Casino March 26, 2011 in Las Vegas, Nevada. Hotel-casinos in Las Vegas turned off marquees and non-essential exterior lighting to participate in Earth Hour, a global initiative by the World Wildlife Fund to focus attention on the threat of climate change. (Photo by Ethan Miller/Getty Images)</p>

LAS VEGAS, Nev. - An old idea for relieving congestion on the Las Vegas Strip has surfaced again, and has people in Sin City talking.

During a Clark County, Nev. Commission meeting to approve money for more pedestrian bridges over Last Vegas Blvd., a commissioner proposed once again closing down Las Vegas' iconic Strip to vehicle traffic and making it a pedestrian-only zone.

"I think it caught a lot of people off guard, frankly," said Steve Sisolak, chair of the Clark County Commission.

Sisolak says the idea resurfaces every few months, but would create more problems than it would solve.

"They said look we can save a lot of money. We don’t have to build any more bridges if we close down the Strip vehicular traffic."

He says the side streets could not handle the overflow traffic, it would cut off taxi and transportation companies from their lifeblood, and many of the billion-dollar resorts have entrances facing the Strip.

Terrell and Derrell Brittenum perform on one of the Strip's pedestrian bridges. They see the congestion, and accidents every day first hand.

"A lot of people get hit," Terrell Brittenum said. "(In) one major accident a lady hit like 15 people."

The twin performers would like to see half of the road closed off for pedestrians.

"It gives the pedestrians more freedom to really enjoy the scenery."

At least for now, the Clark County Commission approved funding for two more pedestrian bridges, and plans to keep the Strip fully open to vehicle traffic.