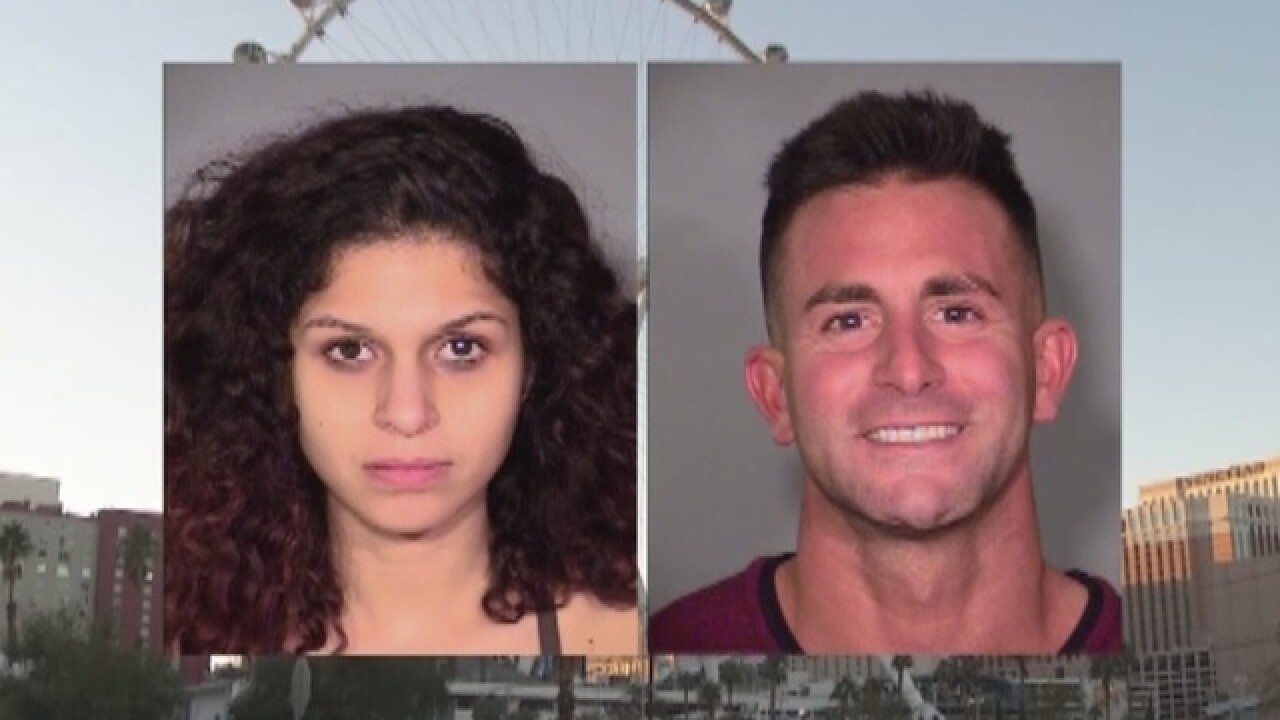 A man and a woman found themselves in jail after attempting to create their version of The Mile High Club on the Las Vegas Strip.

Chloe Alexis Scordianos and Phillip Frank Panzica III were taken into custody on Feb. 5, after an employee observed them smoking and undressing inside a cabin during a ride on The High Roller Observation Wheel.

The cabins next to the couple were occupied with guests. The employee says that they could be seen video recording them with their cell phones.

Scordianos and Panzica were taken to the security office after their ride. It was revealed that Panzica had a warrant for his arrest in Laughlin.

When police asked the couple if they knew why they were brought to the security office, they said they were having a good time, and didn't think that anyone would notice.

Police watched surveillance video of the couple and observed Scordianos laying on her back in the center of the cabin. Panzica was on his knees over Scordianos and removed her dress. He also removed his clothes while standing up, exposing his penis and bare buttocks, allowing anyone in public to see.

Several security officers and managers told police that sex acts are becoming more common on the High Roller, and fear it may impact business.

Scordianos and Panzica were arrested and charged with Commision of Certain Sex Acts in Public.

A High Roller spokesperson has released the following statement:

“The well-being of everyone riding the High Roller is our top priority and we will continue to offer a safe environment for all our guests, as the same laws apply in our cabins that apply on the ground. This incident was handled according to our policies and procedures as the High Roller attracts thousands of guests daily from around the world and is the most visited paid attraction on the Las Vegas Strip.”