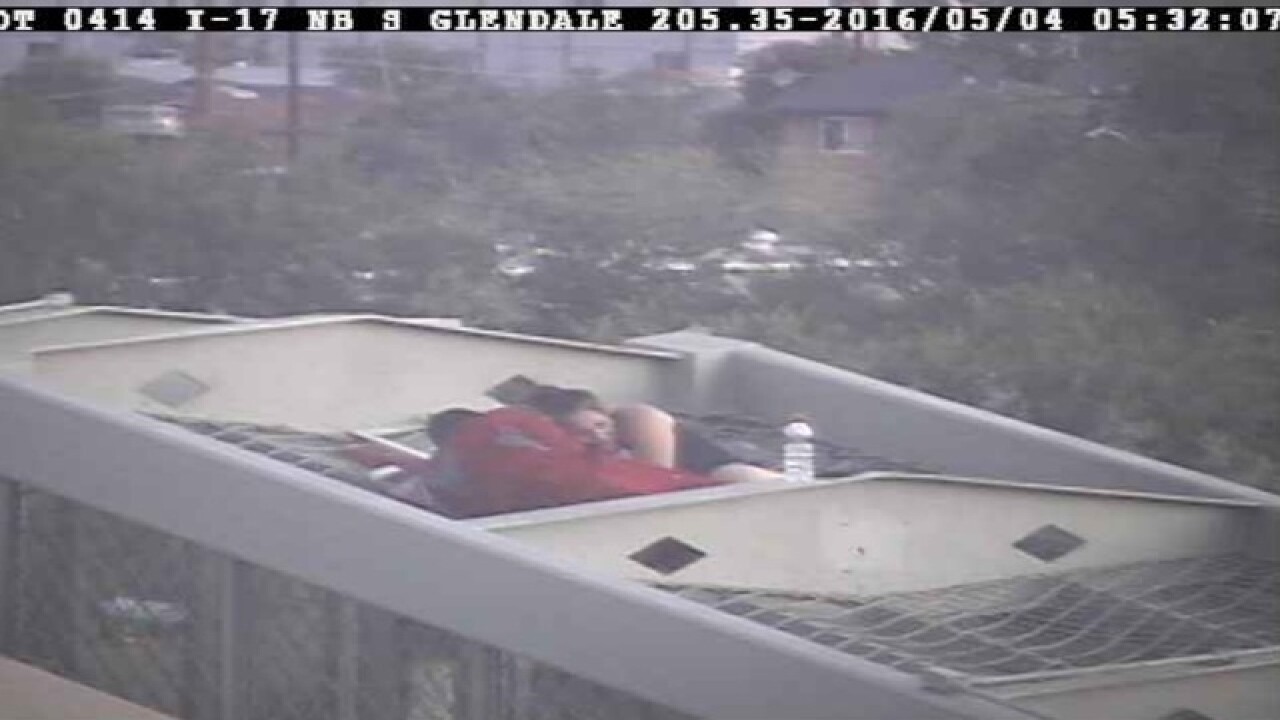 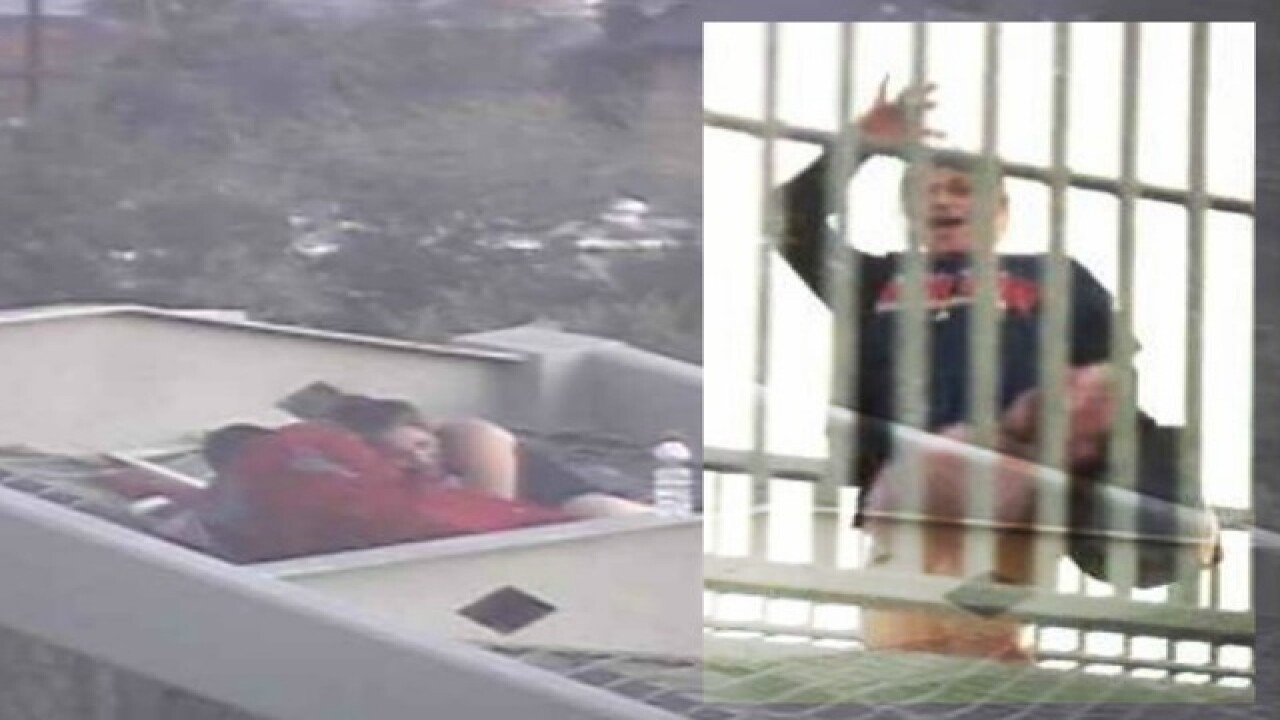 It's not every day that Phoenix officials have to put a stop to a strange rendezvous atop a freeway pedestrian bridge.

The Arizona Department of Public Safety temporarily shut down northbound lanes of I-17 near Glendale Avenue after a trooper spotted a couple lying on top of an overhead bridge.

Video from Arizona Department of Transportation cameras showed the couple cuddling near the middle of the bridge directly above rush-hour traffic. Once authorities arrived, the man quickly walked across the top of the bridge and jumped down to meet troopers.

The woman, who identified herself as Magenta, took a little while longer to get dressed and make her way across the top of the bridge.

DPS says they told troopers they climbed on top of the bridge for the "incredible view from up there."

Magenta told ABC15 that they were just "spending time with each other" and were going to have sex.

"I think it's pretty awesome...what we were going to do was going to be awesome," she said.

Watch raw video in the player above.

DPS says the couple was released after getting citations for criminal trespassing and obstructing the highway.

#FreewayLove update: Man is already on the ground and talking with DPS. Woman is making her way off bridge. pic.twitter.com/IKrKajcEk5