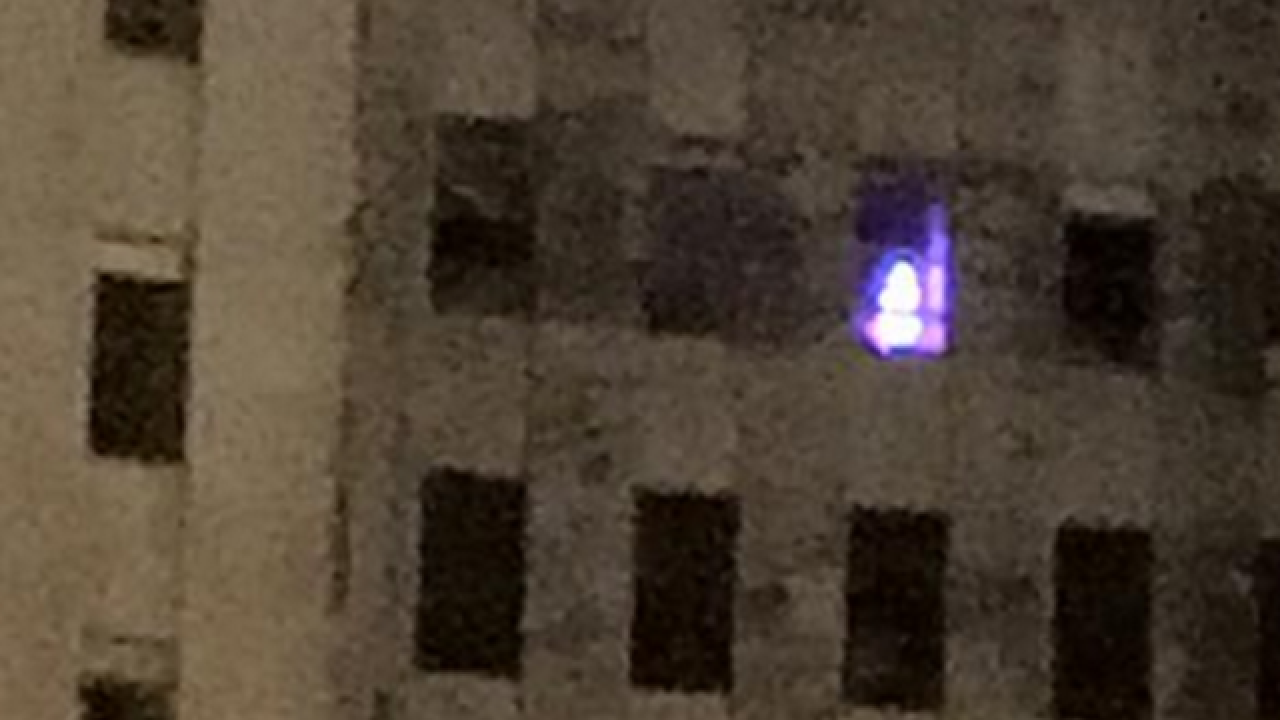 Viral photos snapped in New Orleans show a mysterious lit up “Christmas tree” shining through the window of an abandoned New Orleans hospital, which has been closed since Hurricane Katrina struck the city in 2005.

But it appears the mystery has finally been solved.
Social media lit up after two separate employees of Tulane Medical Center, a hospital located directly across the street from the building, posted similar accounts of the incident and posted the picture for proof.
Some quickly dubbed the phenomenon “creepy,” while others thought of it as a heartwarming reminder of all the patients whose lived were saved in the shuttered facility, Charity Hospital.
“I wish the pictures did it justice. I don’t know how it’s lit. I don’t know how it’s even in there, but it made me smile just a little bit tonight!” Lisa Walley Staggs wrote on her Facebook page, garnering more than 17,000 shares.

For those few of you who may not know...I work at an inner city New Orleans hospital that happens to be situated...

Many speculated that the object was merely a Christmas tree that squatters had placed in the window.
But Tuesday, officials with Louisiana State University Health Sciences Center officially put an end to the speculation, with spokeswoman Leslie Capo stating, “University Police investigated and removed what turned out to be two-by-fours wrapped with lights.”
The incident is reportedly being treated as a break-in.
RTV6