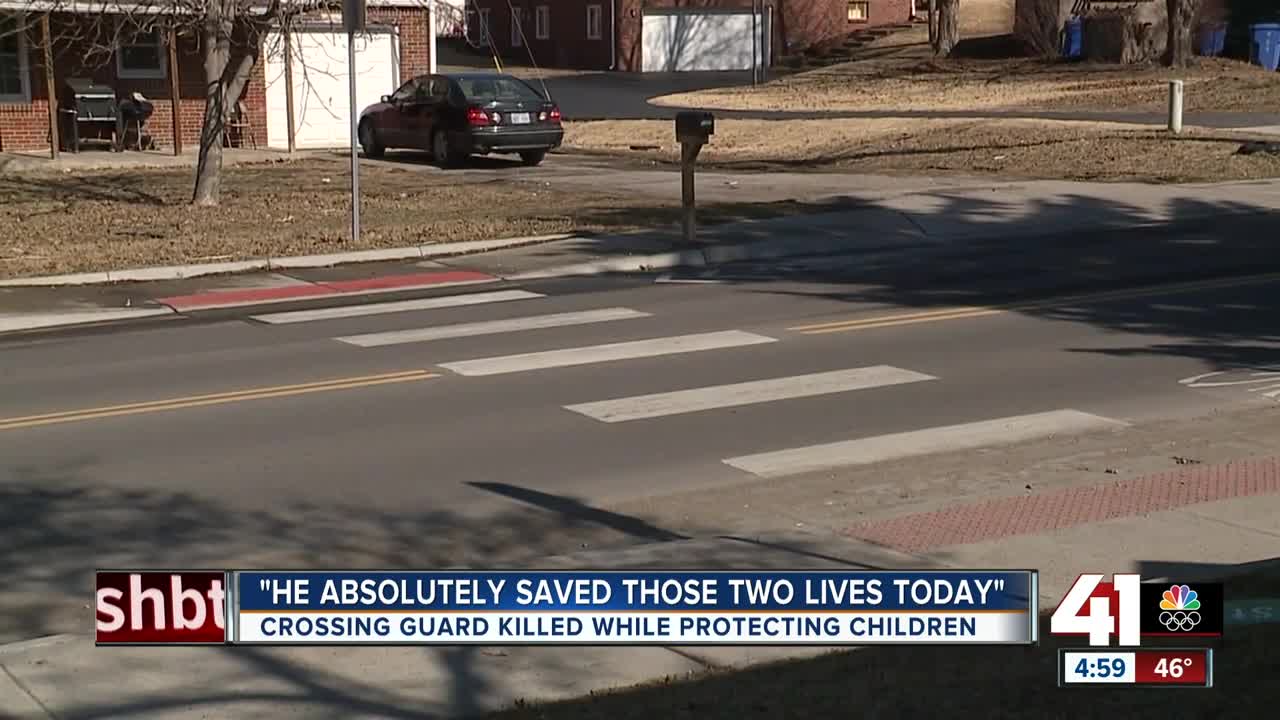 A crossing guard was killed in Kansas City, Kansas, after being struck by a vehicle outside an elementary school on Tuesday morning, authorities said. The principal of the school said the guard saved the lives of two students. 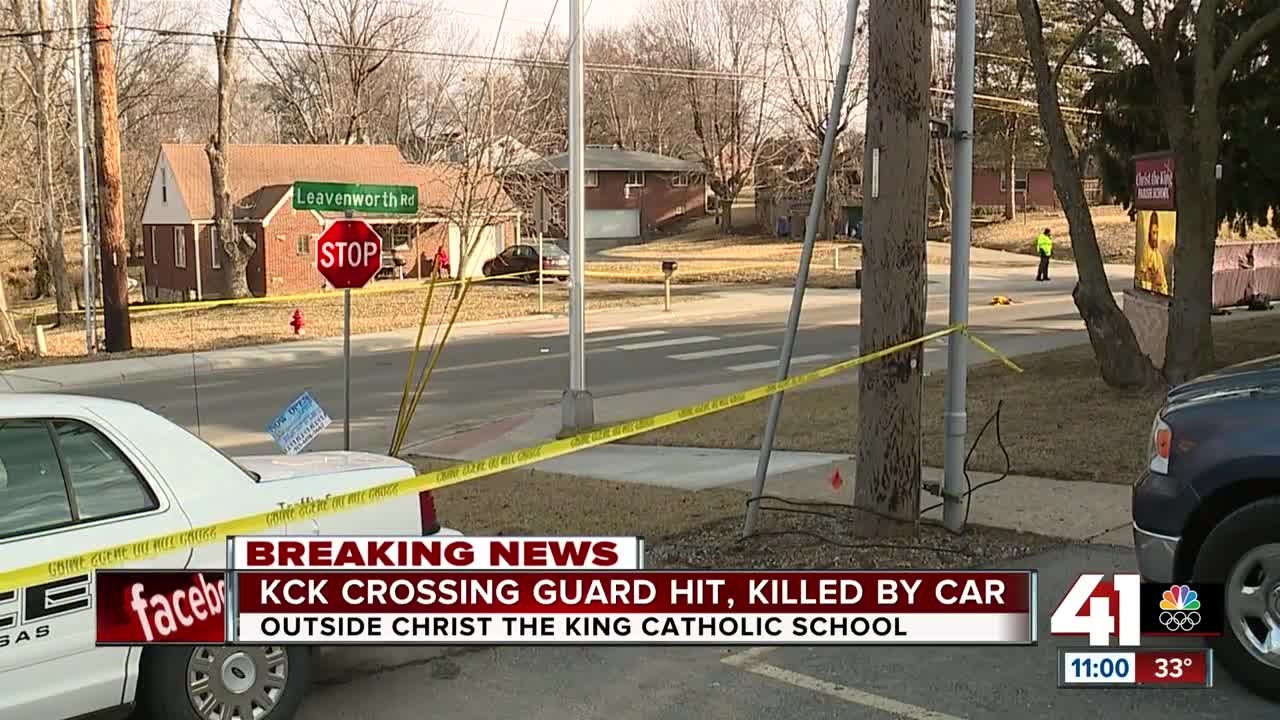 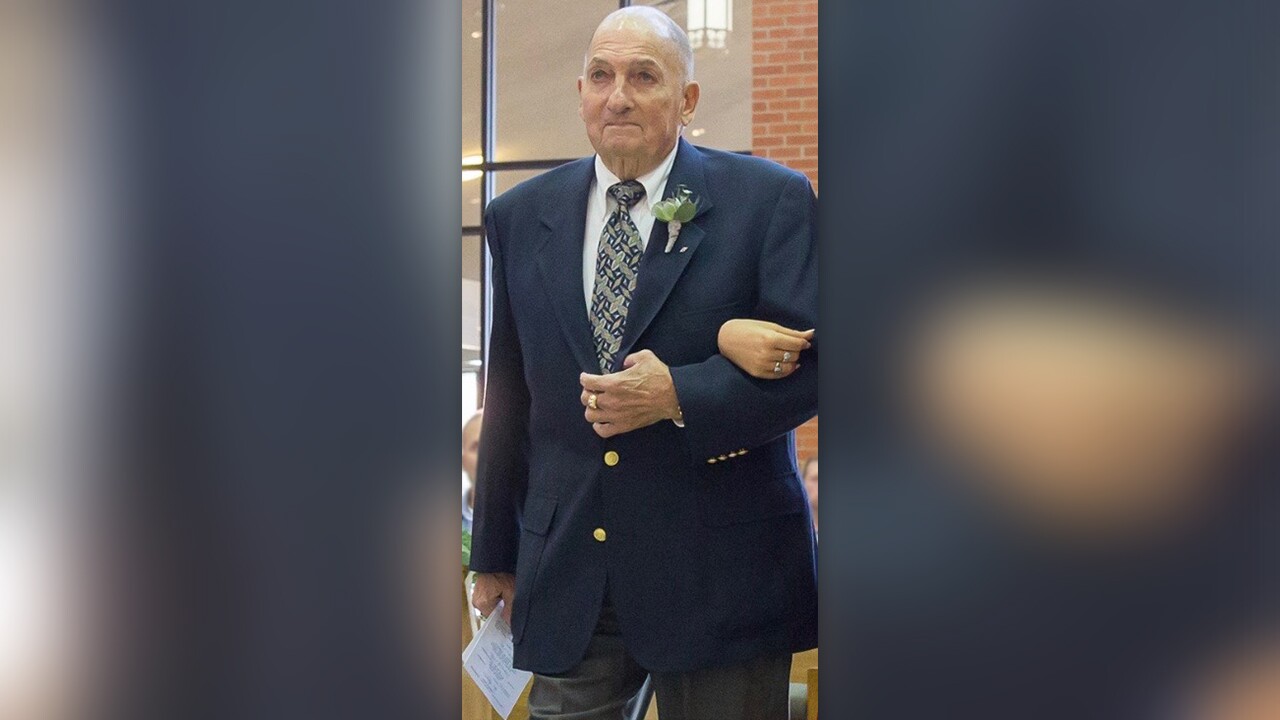 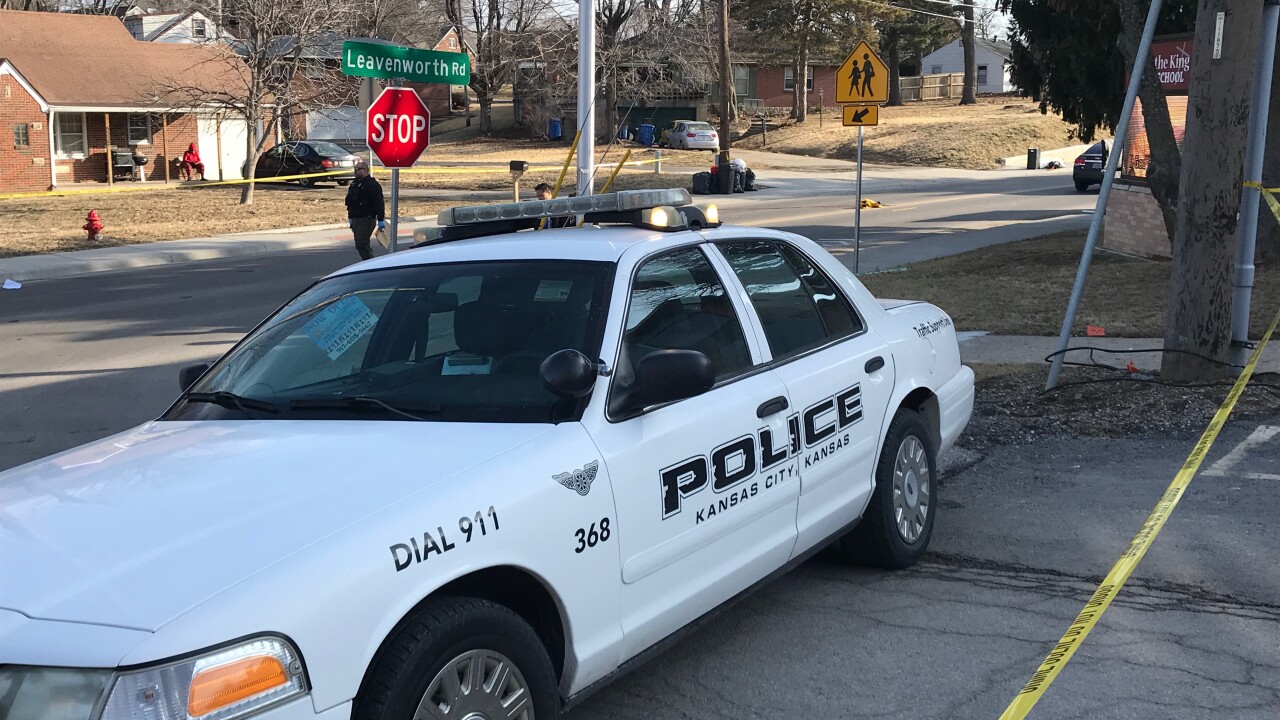 A crossing guard was killed Tuesday morning in Kansas City, Kansas, after being struck by a vehicle outside an elementary school, authorities said.

The incident happened shortly before 8 a.m. near Christ the King Elementary School in the 5400 block of Leavenworth Road.

Police said a black sedan was traveling east on Leavenworth Road when it struck the crossing guard, which the school identified in public posts on Facebook as Bob Nill.

Principal Cathy Fithian told 41 Action News that Nill, who had worked at the school for five years, was struck while keeping two young boys safe who were trying to cross the street.

"He saved two of our students today," Fithian said. "I'm confident they would not be here if (he) had not stepped in and we are thankful, we feel very blessed to have had him in our lives for five years. We just pray for his family at this time."

The two boys, ages 7 and 11, were coming across Leavenworth Road when the crossing guard yelled at them to stop, Fithian said.

"He had the stop sign in one hand and he yelled stop," she said. "The boys listened and they weren't struck because he saved their lives."

Nill, 88, was taken from the scene with critical injuries and later died at the hospital, according to KCK police. The driver of the vehicle also was transported to an area hospital.

Police have yet to formally release Nill's name. Officials said he worked at the school but was an employee of the Unified Government of Wyandotte County/Kansas City, Kansas.

"Eyewitness reports indicate the employee was struck while pushing children out of the way of an approaching vehicle," the Unified Government said in a statement Tuesday afternoon.

The vehicle involved did stop at the scene, and the driver was cooperating with the investigation.

“I offer my deepest sympathies to the family of the Crossing Guard, and I offer our gratitude on behalf of our residents for his selfless sacrifice in protecting our children,” Unified Government Mayor/CEO David Alvey said in the statement.

"It's a very unfortunate situation where the crossing guard who is there to protect the children was struck," Westbrook said. "He was doing his job and doing it well."

School starts at 8 a.m. at the school. The incident happened around 7:55 a.m., so Fithian said several students and parents witnessed the tragedy.

A resident who lives near the school said she knew Nill and saw him working at the school often. Tanya Walker said her "heart just dropped" when she learned what had happened.

She said vehicles need to slow down in the area near the school.

On Tuesday morning, Westbrook said it was too early in the investigation for police to know what led to the crash.

The collision temporarily closed the east and westbound lanes of Leavenworth Road between 52nd and 54th streets. By 11 a.m., the road had reopened.

The incident will be investigated by the KCKPD Traffic Support Unit/Critical Collision Response Team.