Cruise ship has to return to port early again 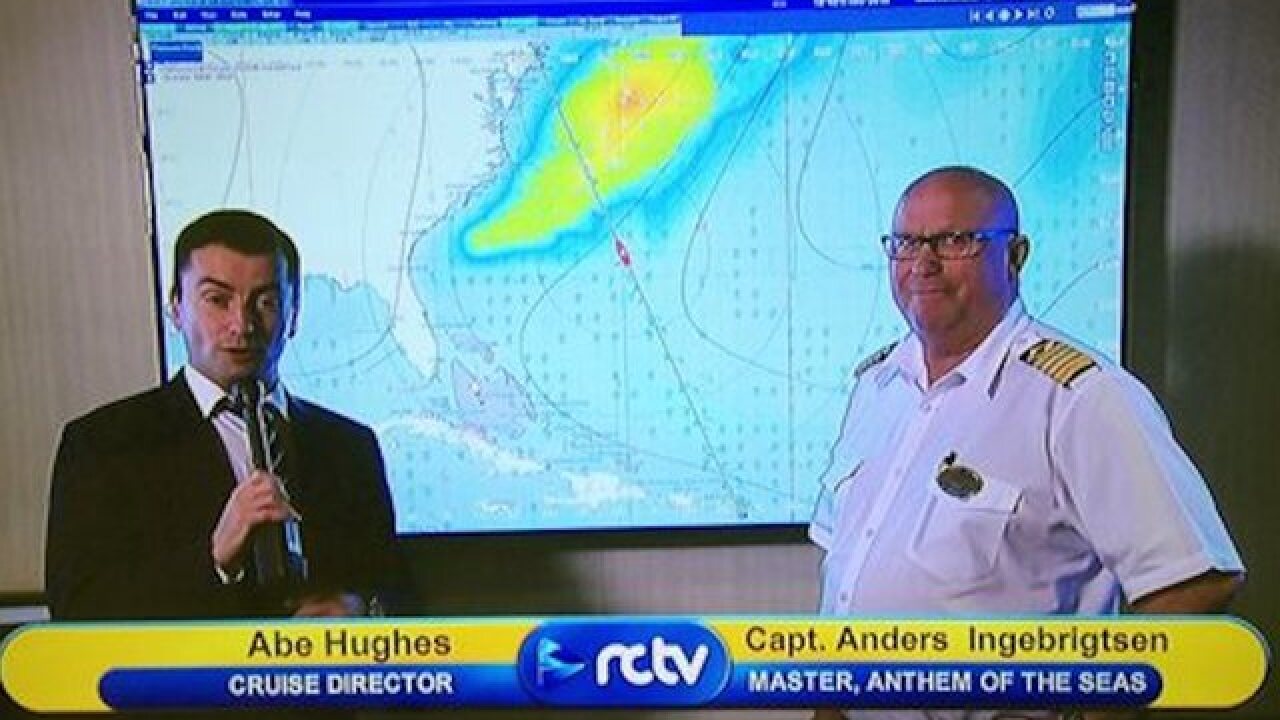 Copyright Associated Press
John Turell
<p>A Saturday, Feb. 27, 2016 photo provided by John Turell shows the television screen in a stateroom aboard the Anthem of the Seas cruise ship, where cruise director Abe Hughes and Captain Anders Ingobrigtsen explain to passengers that the cruise was being cut two days short because of a storm developing off Cape Hatteras. The ship is returning to its home port in Bayonne, N.J., after a squall and a norovirus outbreak threatened its current voyage. The ship is the same cruise ship that was battered by a major storm earlier this month. (AP Photo/John Turell) .</p>

BAYONNE, N.J. (AP) — A cruise ship that was previously battered by a major storm in the Atlantic Ocean returned to port early Wednesday, cutting short another cruise by two days because of the threat of bad weather.

Royal Caribbean's Anthem of the Seas docked in Bayonne, New Jersey. The ship was scheduled to return from a southern Caribbean cruise on Friday. However, cruise line spokeswoman Cynthia Martinez said planned stops in Barbados and St. Kitts were skipped so the 1,141-foot ship could avoid predicted strong winds and rough seas.

The captain was following a new storm avoidance policy that was instituted after the ship was damaged last month when 4,500 passengers hunkered down for hours because of 30-foot waves and hurricane force winds, the company said. Four sustained minor injuries.

Many of the first passengers who disembarked said they enjoyed the cruise and would do it again. However, some passengers said the gastrointestinal norovirus was a problem on this voyage.

"At the end of the cruise, there were a total of 116 guests who experienced symptoms of norovirus," Martinez said. "With 4,061 guests onboard, that's 2.86 percent of all guests during the entire 10-day cruise."

Nathan Stoneback of Quakertown, Pennsylvania, said he was among the passengers who were sick. He and his wife, who were married on Oct. 23, had booked the vacation as a honeymoon.

"We missed our honeymoon photos and most of our attractions/excursions," Stoneback said in an email to The Jersey Journal. "That is something that can never be replaced."

Martinez said the crew will be conducting "enhanced sanitizing" to help prevent any illness from affecting the next cruise when Anthem of the Seas departs on Friday.