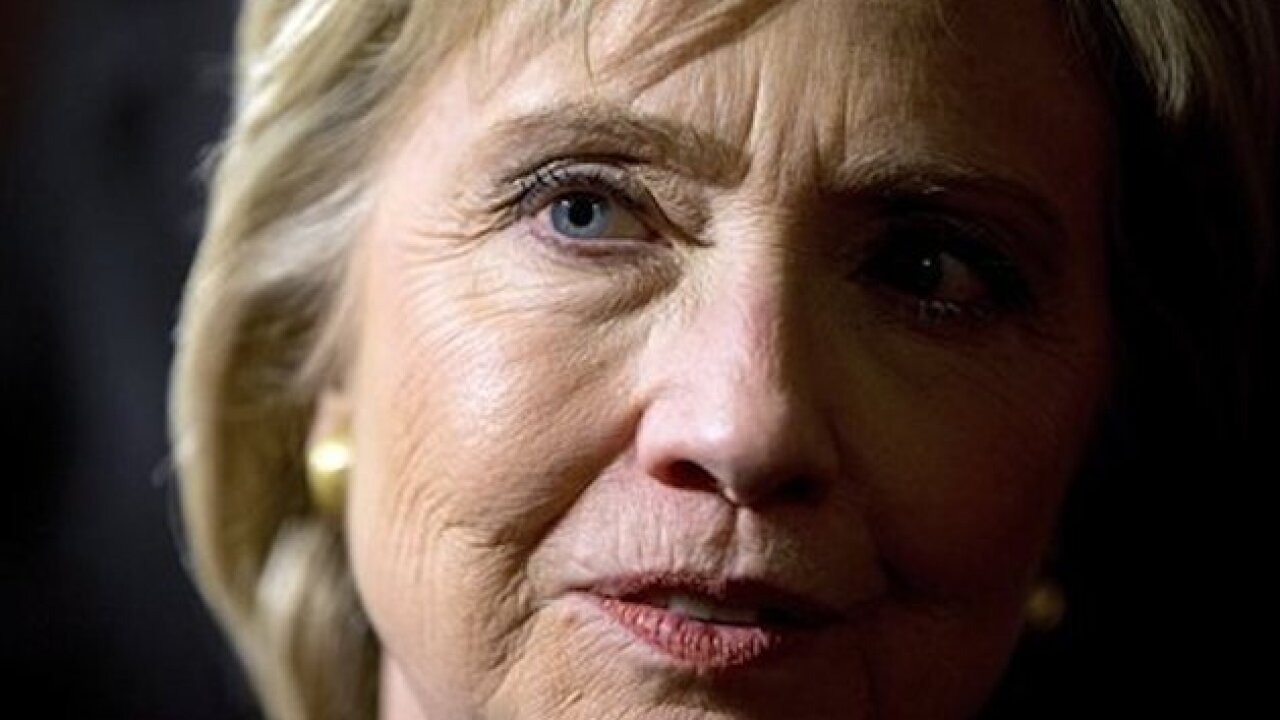 Copyright 2018 Scripps Media, Inc. All rights reserved. This material may not be published, broadcast, rewritten, or redistributed.
Andrew Harnik
Democratic presidential candidate Hillary Clinton speaks with a member of the audience after speaking at a rally at the Steyer Opera House at Hotel Winneshiek in Decorah, Iowa, Tuesday, Jan. 26, 2016. (AP Photo/Andrew Harnik)

Most of the candidates were scattered across Iowa in a last-chance try to gin up enthusiasm, sharpen attacks and set expectations — all part of efforts to emerge from Monday's voting with momentum and a slice of the spotlight.

Some were also burdened with playing defense.

Clinton's campaign deflected fresh suggestions that the former secretary of state's use of a private email server for government business may have posed a security risk. The news heightened some Democrats' fears that the email controversy could dog their front-runner well into this year's campaign.

On the Republican side, Ted Cruz tried to kick back against the rival closest on his heels, unleashing tough new television ads labeling Florida Sen. Marco Rubio "the Republican Barack Obama." Rubio said the ad blitz was a sign Cruz, after months of cruising to the top of the heap, was starting to sweat.

The back-and-forth was a reminder that toughest battle in the GOP race was at the top. With Donald Trump's lead holding steady, the rest of the field is left in a dogfight for second or third — or even just "better than expected."

In that battle, the knives were out Friday for Cruz, who has campaigned as the one true conservative in the race.

New Jersey Gov. Chris Christie tried to poke holes in that claim, telling Cruz to just "tell the truth" on flip-flopping on immigration. Rubio, meanwhile, said Cruz "has a lot to answer for" on the issue.

Not to be left out, Trump called Cruz an "anchor baby," a new twist on his persistent claims that Cruz, who was born in Canada to a U.S. citizen, may not be eligible to hold the presidency.

"Ted Cruz is an anchor baby in Canada, but Canada doesn't accept anchor babies. ... I think that's one of the reasons he's a nervous wreck, too," Trump said at a rally in Nashua, New Hampshire, where the real estate magnate was already looking past Iowa.

As he closed out his Iowa bid, Cruz kept to his message and a pugnacious style that has repelled establishment Republicans. He warned Iowans not to fall for false promises. He showed no deference for other contenders or for party elder Bob Dole, who has spoken out against a possible independent run by Michael Bloomberg because he fears that could result in a win for Cruz.

"You want to put your finger on why the American people are so frustrated?" Cruz said. "It's because people who say they are on our team are fighting for the other guys."

It's a theme Cruz is hoping to ride into New Hampshire and beyond. His campaign indicated Friday he should have the money for a long fight. The campaign said it started the year with about $19 million in available money, giving him a financial edge over most of his Republican rivals.

"We know the votes that we need, we know the names, their addresses, their emails," Roe said during a media breakfast hosted by Bloomberg Politics.

That ground game — getting people to actually show up at the caucuses — could be decisive for both Republicans and Democrats wanting to show strength or at least exceed expectations in the state's quirky contest. Other factors were also in the mix.

As Clinton campaigned Friday, the Obama administration confirmed for the first time that her unsecured home server had contained top-secret information. State Department officials said they would investigate whether any of that information had been classified at the time of transmission. The Clinton campaign has said that none of the emails on the server were classified at the time they were sent.

Speaking to NBC News before the news broke, Clinton dismissed the potential impact of the simmering issue.

"There was never any information sent or received that was marked classified to me," she said. "I just don't see it as anything that will in any way cause any voter — a voter with an open mind — to have any concerns."

Clinton rival Sen. Bernie Sanders has so far steered clear of the email issue, saying the campaign should be about paycheck issues.

On Friday, the candidate known for his animated outrage tried a more personal touch with an audience in Mount Pleasant, Iowa, asking questions about their low wages, high prescription drug costs and large college debt loads.

Sanders said the election would come down to this: "Do we continue with establishment politics and economics, same old, same old, or do we have the courage to do what's right for working families all over this country?"