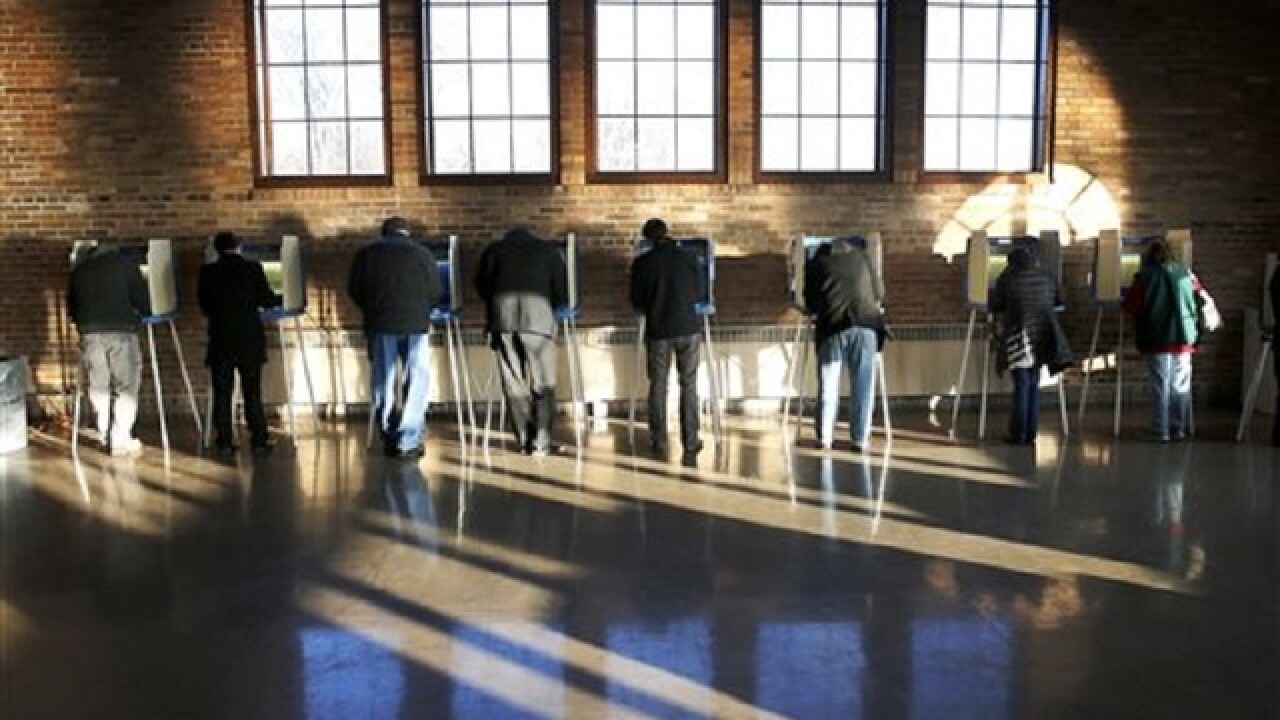 MILWAUKEE (AP) — Republican Ted Cruz and Democrat Bernie Sanders were leading in the Wisconsin primary as polls closed Tuesday night, with both candidates looking to emerge from the Midwestern battleground with new momentum as they pursue front-runners Donald Trump and Hillary Clinton.
Cruz was hoping a victory in Wisconsin could mark a turning point in a GOP race that has been dominated by Trump. The billionaire businessman has endured one of the worst stretches of his campaign in the lead-up to Wisconsin and a loss would energize not only Cruz, but also the numerous groups trying to block his path to the GOP nomination.
For Sanders, a win in Wisconsin would still leave him trailing Hillary Clinton in the delegate total. Because Democrats award delegates proportionally, a narrow victory by either candidate on Tuesday would mean that both Sanders and Clinton would get a similar number of delegates.
It's Republicans who are bracing for a real convention fight, which could occur if Trump can't reach the 1,237 delegates needed to clinch the nomination through the normal voting process. Cruz, the Texas senator who has emerged as Trump's closest rival, was casting Wisconsin as crucial to GOP efforts to stop the billionaire businessman.
"What we are seeing in Wisconsin is the unity of the Republican Party manifesting," Cruz said during one of his final campaign stops.
Leading up to Wisconsin, Trump was embroiled in a spat involving Cruz's wife, which he now says he regrets, was sidetracked by his campaign manager's legal problems after an altercation with a female reporter, and stumbled awkwardly in comments about abortion.
Still, Trump made a spirited final push in the state and predicted a "really, really big victory."
"If we do well here, it's over," he said. "If we don't win here, it's not over."
Nearly 4 in 10 Republican primary voters in Wisconsin said they were scared about what Trump would do as president, according to exit polls. But more than half say that if the GOP race goes to the convention, the party should nominate the candidate with the most support in the primaries, which so far would be Trump.
Complicating the primary landscape for both Cruz and Trump is the continuing candidacy of John Kasich. The Ohio governor's only victory has come in his home state, but he's still picking up delegates that would otherwise help Trump inch closer to the nomination or help Cruz catch up.
Trump has grown increasingly frustrated with the governor and has joined Cruz in calling for Kasich to end his campaign. Kasich cast Trump's focus on him as a sign that he's best positioned to win over the businessman's supporters.
"They're not really his people," Kasich said. "They're Americans who are worried about, they're really most worried about their kids, are their kids going to have a good life?"
If Cruz wins all of Wisconsin's 42 delegates, Trump would need to win 57 percent of those remaining to clinch the GOP nomination before the July convention. So far, Trump has won 48 percent of the delegates awarded.
Paul Lorentz, was in line at 6:30 a.m. in Sun Prairie, Wisconsin, on Tuesday to cast his vote for Kasich. Lorentz said he typically votes Democratic in the general election but Republican in Wisconsin's open primary in order to sway the GOP to a better candidate.
"My hope is always to have two acceptable candidates running for president," he said.
Among Democrats, Clinton has 1,243 delegates to Sanders' 980 based on primaries and caucuses. When including superdelegates, the party officials who can back any candidate, Clinton holds a much wider lead — 1,712 to Sanders' 1,011. It takes 2,383 delegates to win the Democratic nomination.
On the eve of voting in Wisconsin, Clinton's campaign manager argued that Sanders' only path to victory "relies on overturning the will of the voters." In a memo to supporters, Robby Mook wrote that Sanders' strategy now is "a combination of trying to flip pledged delegates at state and county conventions, while also convincing superdelegates that he deserves their support."
Sanders would need to win 67 percent of the remaining delegates and uncommitted superdelegates to catch up to Clinton. So far, he's winning 37 percent.
Exit polls show Sanders has excited voters in Wisconsin, with more than half of Democratic primary-goers saying the senator inspires them more about the future of the country. But three-quarters of Democratic voters say Clinton has realistic policies.
The exit polls were conducted by Edison Research for The Associated Press and television networks.
Associated Press 2016