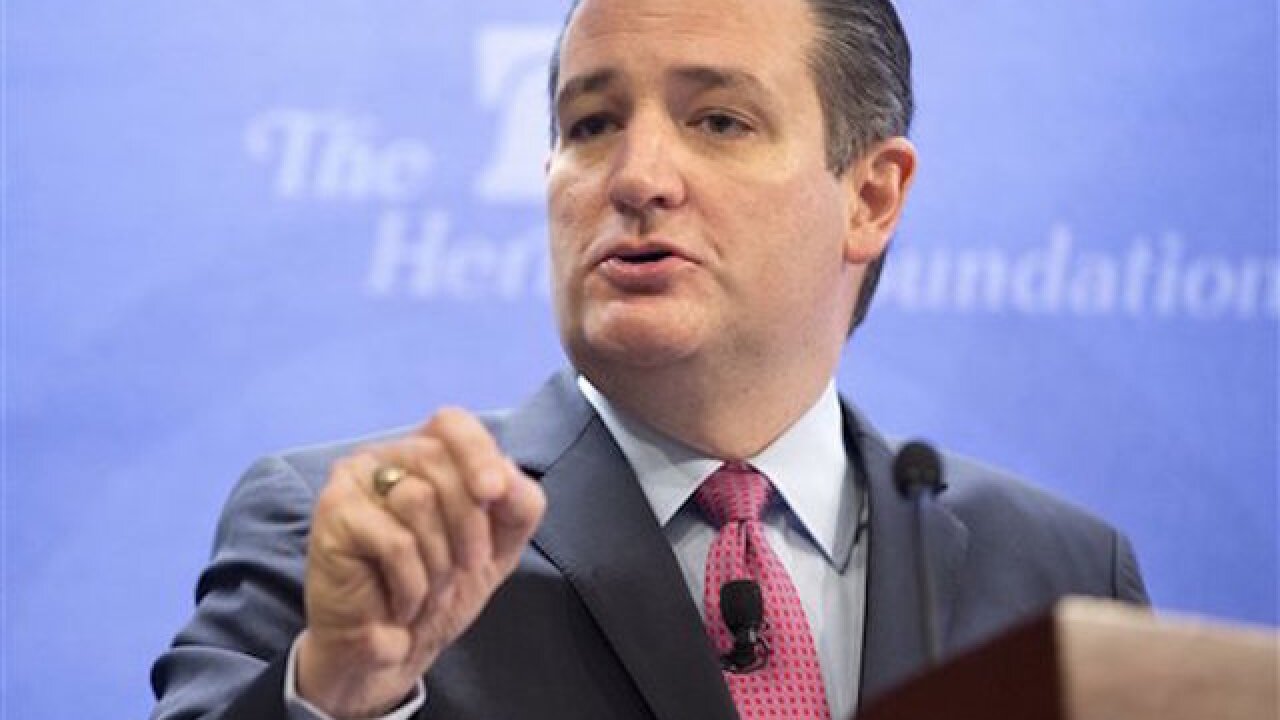 Pablo Martinez Monsivais
<p>FILE - In this Dec. 10, 2015 file photo, Republican presidential candidate Sen. Ted Cruz, R-Texas speaks in Washington. Donald Trump will be standing at center stage, but Cruz will be in the spotlight during Tuesdayís Republican presidential debate. The Texas senator is challenging Trumpís lead in Iowa, and has the money, campaign infrastructure and conservative appeal to compete deep into the GOP primary season. (AP Photo/Pablo Martinez Monsivais, File)</p>

AUSTIN, Texas (AP) — Ted Cruz has said that after working on George W. Bush's 2000 campaign, being passed over for a senior position with the new administration was "a crushing blow." Turns out, it was his own choice.

Cruz was offered a job as White House associate counsel shortly after Al Gore conceded the race in December, but he rejected it, members of the Bush transition team told The Associated Press. Cruz thought he was in line for the more senior role of deputy White House counsel.

The transition team members spoke on condition of anonymity because they weren't authorized to speak publicly for the former Bush administration. They said that even before the associate counsel job was offered to Cruz, the deputy counsel position had been set aside for Timothy Flanigan, a veteran of the George H.W. Bush administration.

Though the titles are similar, the deputy counsel reported directly to then-White House counsel and future U.S. Attorney General Alberto Gonzales, while the associate's role was one of nine working under Flanigan.

Cruz spokeswoman Catherine Frazier said late Friday that the senator remembers the events differently. She said Cruz wrote extensively in his autobiography, published last summer, about "his experience following the 2000 Bush campaign, and the lessons he learned from it."

"He did have a meeting expressing interest in the deputy counsel job," Frazier said, "but does not recall any job offer being made."

Still, the way the transition team officials describe the incident, it underscores a recurring theme of Cruz's career, how his overt personal ambition rubbed colleagues the wrong way — sometimes to his professional and political detriment. By setting his eyes on a bigger prize and bypassing the chance to work as an administration lawyer in the White House, Cruz missed potentially invaluable experience and insight into the job he is now seeking.

"It's knowing how government works. It's knowing how decisions get made," Rear Adm. Bobby Ray Inman, director of the National Security Agency from 1977 to 1981, said of the benefits of working in the White House. "You just learn from seeing what gets their attention."

In his book, "A Time for Truth," Cruz described being devastated that he couldn't land a senior administration job, but he also acknowledged that part of the reason he didn't was because he was "far too cocky for my own good."

In the summer of 1999, Cruz was at a Washington party when a law school friend introduced him to Josh Bolten, a future White House chief of staff who was then working as policy director for Bush's presidential campaign. Cruz became an Austin-based domestic policy adviser to Bush, and also met his future wife, Heidi, while working on the campaign.

Amid the recount in Florida, Cruz headed to Tallahassee and helped devise legal strategy and draft pleadings to the U.S. and Florida Supreme Courts.

Clay Johnson III, who was executive director of the transition team, said that though valuable, Cruz's campaign experience wouldn't have been enough to qualify him for a role at the level of deputy counsel. Cruz eventually caught on with the new administration as an associate deputy U.S. attorney general, and later was director of the Office of Policy Planning for the Federal Trade Commission.

Had Cruz accepted the post in the White House counsel's office, however, it would have been harder for him to become the tea party hero who won election in the Senate in 2012.

Bill O'Sullivan of the Texas Patriots PAC, a conservative grassroots organization outside Houston, said Cruz's career as a Washington outsider burgeoned after he left the Bush administration.

"If he stayed in Washington and was a functionary," Sullivan said, "no one would know who he is today."