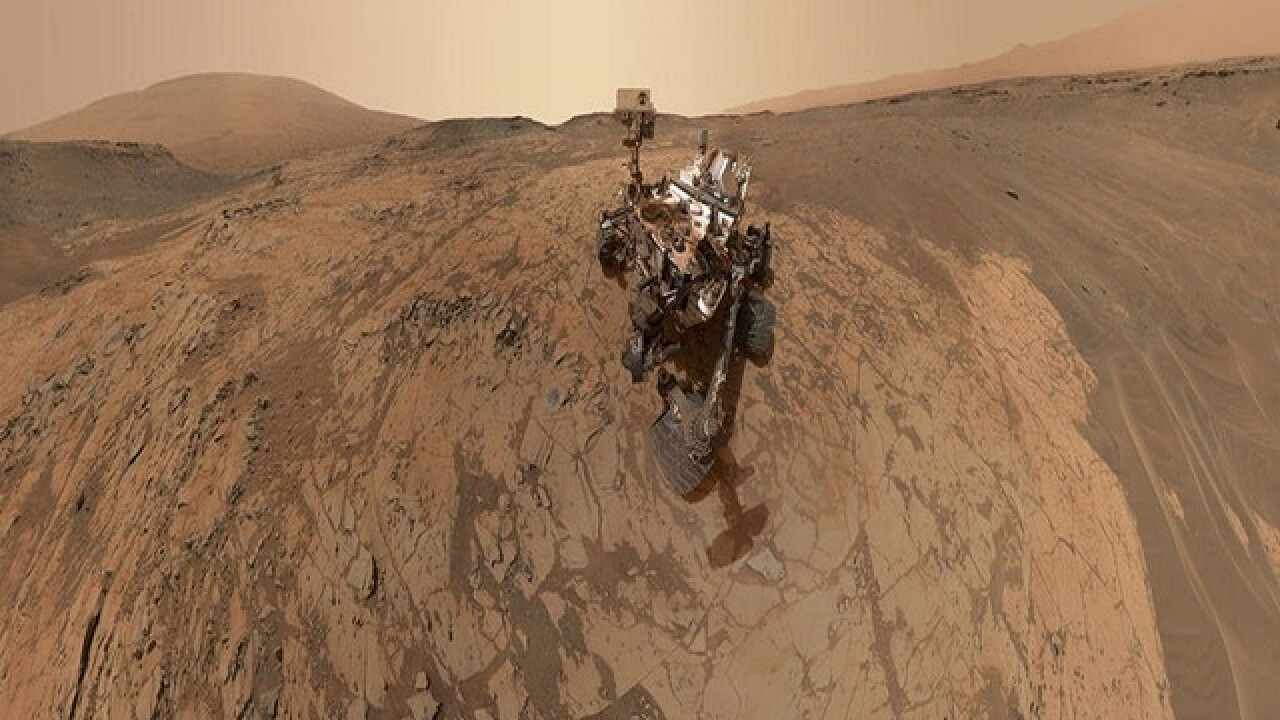 NASA
<p>MOUNT SHARP, MARS - JANUARY 2015: In this handout provided by NASA/JPL-Caltech/MSSS This self-portrait of NASA's Curiosity Mars rover shows the vehicle at the "Mojave" site, where its drill collected the mission's second taste of Mount Sharp. The scene combines dozens of images taken during January 2015 by the MAHLI camera at the end of the rover's robotic arm. (Photo by NASA/JPL-Caltech/MSSS via Getty Images)</p>

A stunning panoramic photo captured by NASA’s Curiosity rover on Mars gives us more perspective on the planet.
Featuring the surface of Mars’ “Naukluft Plateau,” the 360-degree panorama shows the planet’s most rugged and difficult-to-navigate stretch of land.
Curiosity has been on Mars for at least 44 months and encountered the terrain in March, NASA explained. The photo was reportedlyu shot from the "highest viewpoints" Curiosity has reached
"The scenes show wind-sculpted textures in the sandstone bedrock close to the rover, and Gale Crater's rim rising above the crater floor in the distance," NASA said. "Mount Sharp stands in the middle of the crater, which is about 96 miles (154 kilometers) in diameter."
Scripps Only Content 2016