Curry to have MRI Monday on sprained knee 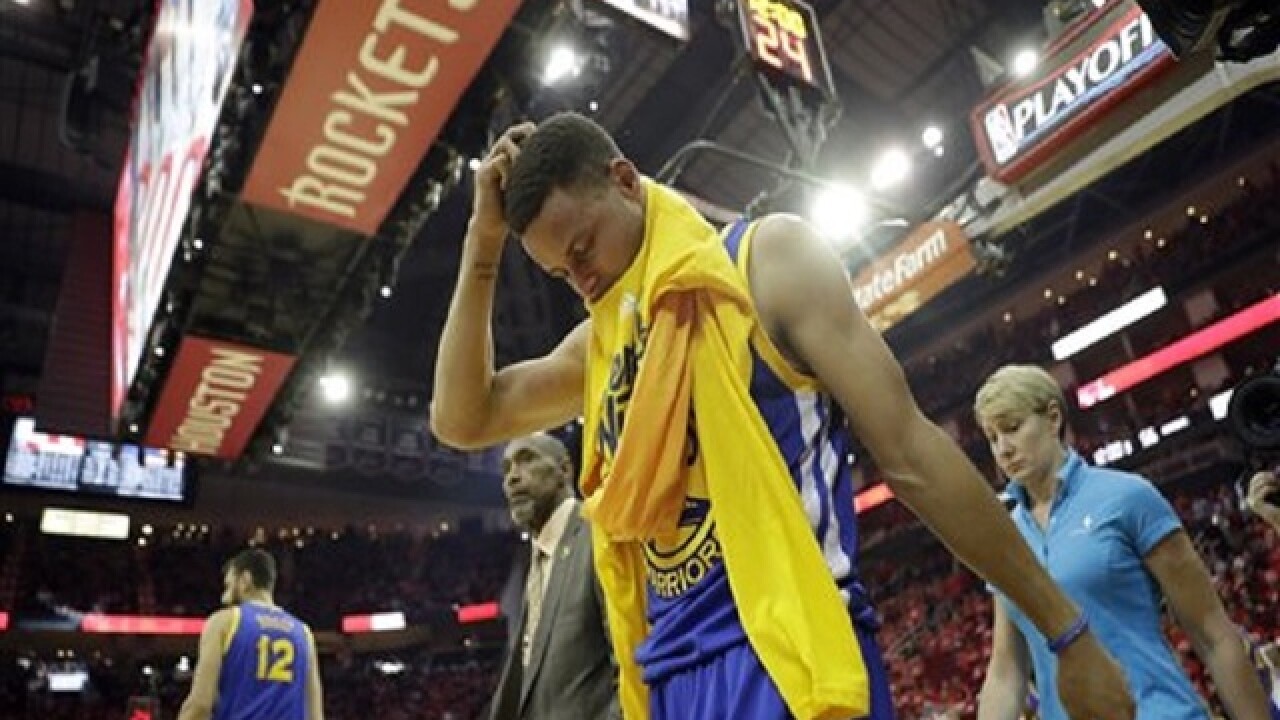 David J. Phillip
<p>Golden State Warriors' Stephen Curry heads off the court and to the locker room at the start of the second half in Game 4 of a first-round NBA basketball playoff series against the Houston Rockets, Sunday, April 24, 2016, in Houston. Curry was injured at the end of the first half. (AP Photo/David J. Phillip)</p>

HOUSTON (AP) — Golden State's Stephen Curry will have an MRI on Monday after spraining his right knee in Game 4 against Houston.
Curry was injured on the final play of the first half on Sunday when he slid awkwardly to the court while defending and immediately grabbed his knee.
He got up and looked to have trouble putting weight on it before jogging with a limp to the locker room. He came out with the team after halftime, but sat on the bench for most of the warmup time. After talking with coaches, he returned to the locker room.
It was his first game back after missing the last two games with a sprained right ankle.
Shaun Livingston started the second half in his place.
The Warriors made an NBA playoff-record 21 3-pointers to cruise to a 121-94 victory on Sunday to take a 3-1 lead in the best-of-seven series.
Golden State hosts Game 5 on Wednesday.
Also out was Houston's Patrick Beverley, who strained his right leg in the second quarter.
Associated Press 2016