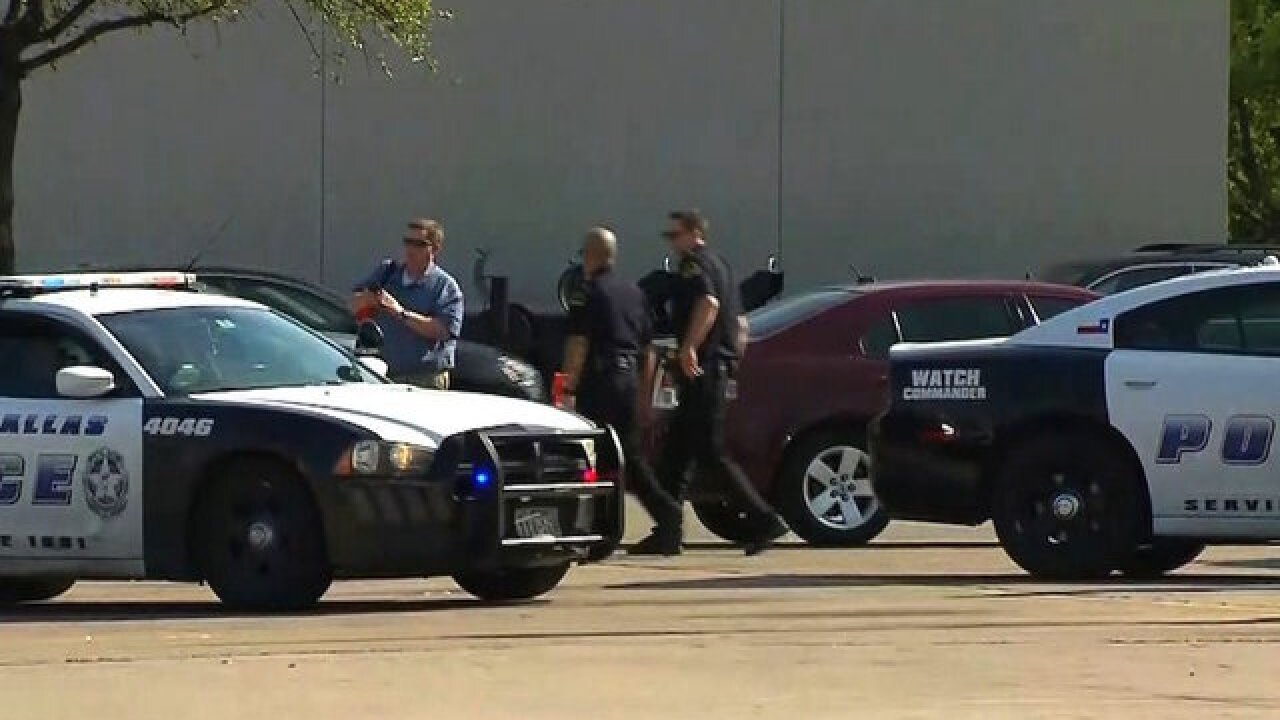 A Dallas police officer died Wednesday morning, a day after he and a colleague were shot at a Home Depot, police said.

Officer Rogelio Santander, a three-year police veteran, passed away at 8:11 a.m. of his injuries.

"We ask that you please continue to pray for Officer Santander's family and our department as we all try to cope with this tragic loss," police said on the department blog.

Officer Crystal Almeida and loss prevention officer Scott Painter also were shot in the Tuesday incident. They remain in critical condition, but are improving.

"Prayers for their recovery are still appreciated," police said. "Thank you to our community and everyone at Presbyterian Hospital for your love and support during this time."

The suspect, Armando Juarez, 29, was captured after a car chase that started in southeastern Dallas and ended in the northeastern area of the city.

Mayor Mike Rawlings thanked police officers from Dallas and other agencies for their efforts in searching for the gunman.

"Incredible police work," he said on Twitter. "It sobers us to realize what our officers walk into day in and day out and how quickly they can become victims."

Police said Juarez was to be charged with at least two counts of aggravated assault on a public servant and two previous felony theft warrants. Additional charges may be added, police said.

Bond for Juarez has been set at $1 million, according to jail records.

The incident began Tuesday afternoon after an off-duty officer at the Home Depot called to request backup officers for an arrest.

It's unclear how the shooting unfolded but authorities began looking for the gunman after he fled in a white pickup truck, police said.

The officers who responded to the call were wounded, police said.

Nearly two years ago, five Dallas officers were killed and seven others wounded when a military veteran who had served in Afghanistan fired on them.

That shooter, Micah Xavier Johnson, 25, of Mesquite, Texas, was killed after a lengthy standoff with police.