David Spade confused by Kurt Cobain mural that looks like him 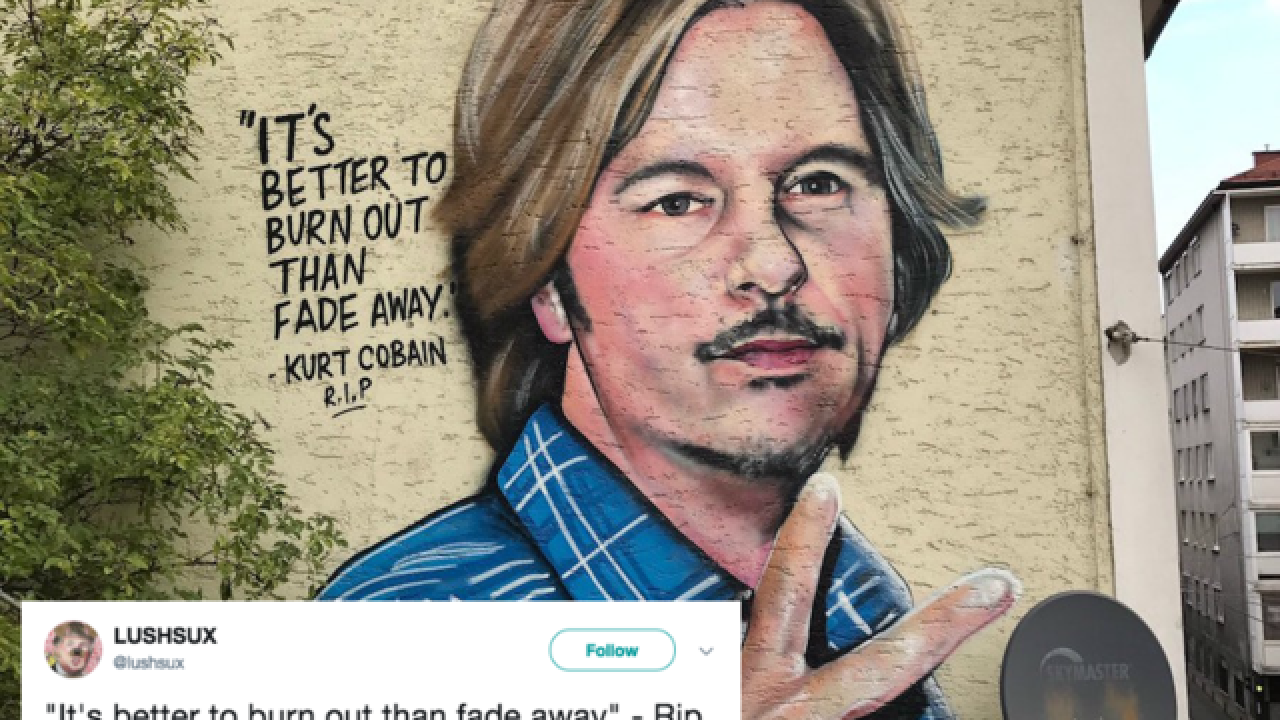 A mural on a building in Austria is causing serious confusion.

An artist named Lushsux painted a massive image that appears to be a tribute to late Nirvana frontman Kurt Cobain — but there are a few problems with it.

For one, the portrait looks an awful lot like actor David Spade, who shares little resemblance to Cobain aside from white skin and shaggy blond hair. Also, the quote that's attributed to Cobain — "It's better to burn out than fade away" — was said by Neil Young, not Cobain.

"It's better to burn out than fade away" - Rip Kurt Cobain. Last day to get a ticket for the tour tomorrow in Linz https://t.co/9dviyqU980 pic.twitter.com/Y6i04jWmcb

A photo of the mural, shared by Lushsux on Twitter, has been liked hundreds of times.

Spade, who saw the mural on Twitter, was obviously confused by it. He found the photo of himself that was apparently used as the basis for the mural, tweeting, "Picture that was on mural. Why it's on who knows. Oh well. I blame the crazy internet."

Picture that was on mural. Why it's on it who knows. oh well. I blame that crazy internet pic.twitter.com/KxQ8IQ0fwz

It appears Lushsux was in on the joke from the start and did not mistake Spade for Cobain. According to Mashable , the mural was a reference to a 2016 meme that featured the same image and quote.

Clint Davis is a reporter for the Scripps National Desk. Follow him on Twitter @MrClintDavis. Keep up to date with the latest news by following @ScrippsNational on Twitter.