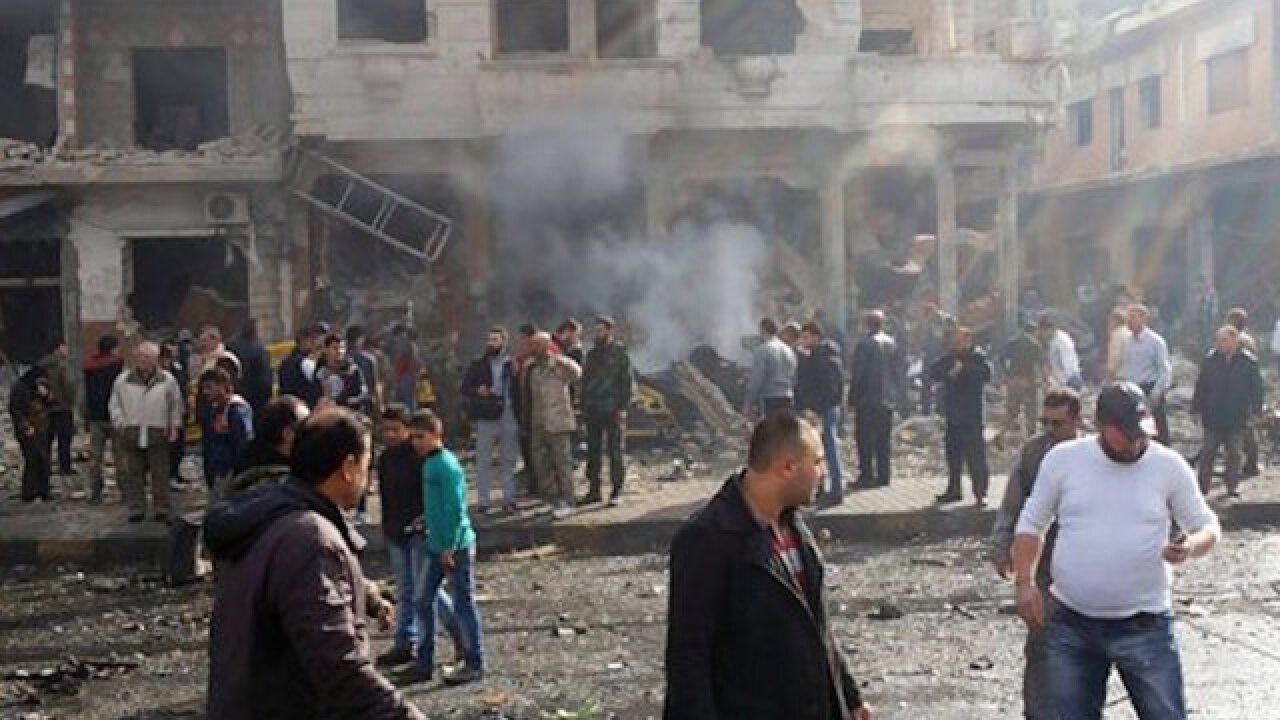 Uncredited
<p>In this photo released by the Syrian official news agency SANA, Syrian citizens gather at the scene where two blasts exploded in the pro-government neighborhood of Zahraa, in Homs province, Syria, Sunday, Feb. 21, 2016. Two blasts in the central Syrian city of Homs killed more than a dozen people and injured many others in the latest wave of violence to hit the city in recent weeks, state TV said. (SANA via AP)</p>

Syrian state TV says the death toll from three blasts in a Shiite suburb of Damascus has reached 50, with more than 200 wounded.

It says the bombings on Sunday targeted a vegetable market in the afternoon during rush hour.

The Islamic State group claimed responsibility for a triple blast in Sayyida Zeinab, saying two IS fighters set off a car bomb before detonating their explosive belts.

Residents said the attack was about a kilometer (0.6 mile) from one of Shiite Islam's holiest shrines and did not damage it.