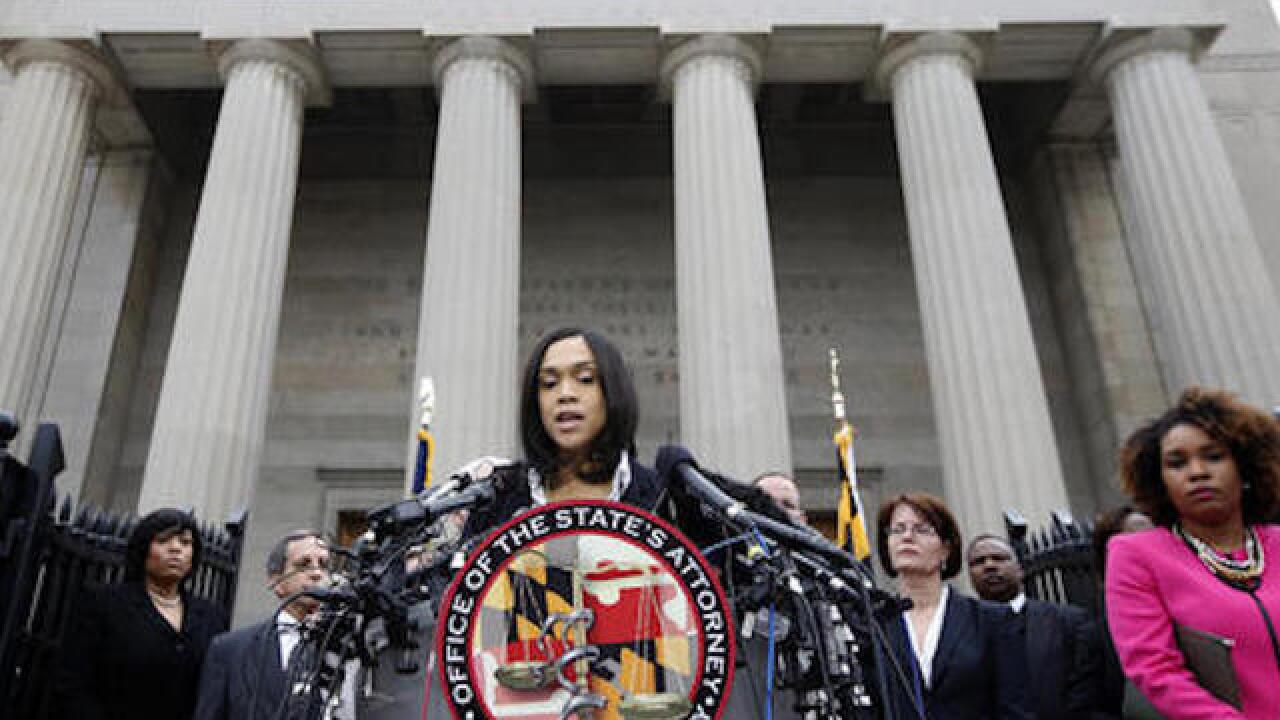 Copyright Associated Press
Alex Brandon
<p>In this May 1, 2015 file photo, Baltimore state's attorney Marilyn Mosby speaks at news conference in Baltimore to announce criminal charges against six police officers suspended after Freddie Gray's fatal spinal injury while in custody. While the officers still face charges in Gray's death, not one has been resolved. The first case ended in mistrial and has delayed the remaining trials. (AP Photo/Alex Brandon)</p>

BALTIMORE (AP) — After calling eight witnesses, the defense rested Wednesday in the trial of an officer charged in the arrest of Freddie Gray, a young black man who died after he was injured in police custody about a year ago.

Closing arguments in the case against Officer Edward Nero are set for Thursday and the judge's verdict is expected Monday. Nero, the second of six officers to stand trial, is charged with assault, misconduct in office and reckless endangerment.

Prosecutors say Nero illegally arrested Gray last year without probable cause, and was negligent when he failed to secure Gray in a police van with a seat belt. Nero's attorney says his client wasn't involved in Gray's arrest, and that it's the responsibility of a police van's driver to make sure a detainee is belted in.

Gray, 25, died April 19 of last year, a week after his neck was broken while he was handcuffed and shackled in the back of the van. The department's policy is that detainees should be buckled in the van.

Officer Zachary Novak, who was on the scene when Gray was arrested, testified Wednesday that Gray was agitated, screaming and kicking inside the police transport van. Capt. Justin Reynolds testified there would have been no possible way to buckle Gray in if an officer was trying to prevent himself from being assaulted.

Gray's death set of protests and he became a symbol of the Black Lives Matter movement.

The first trial for an officer ended in a hung jury.