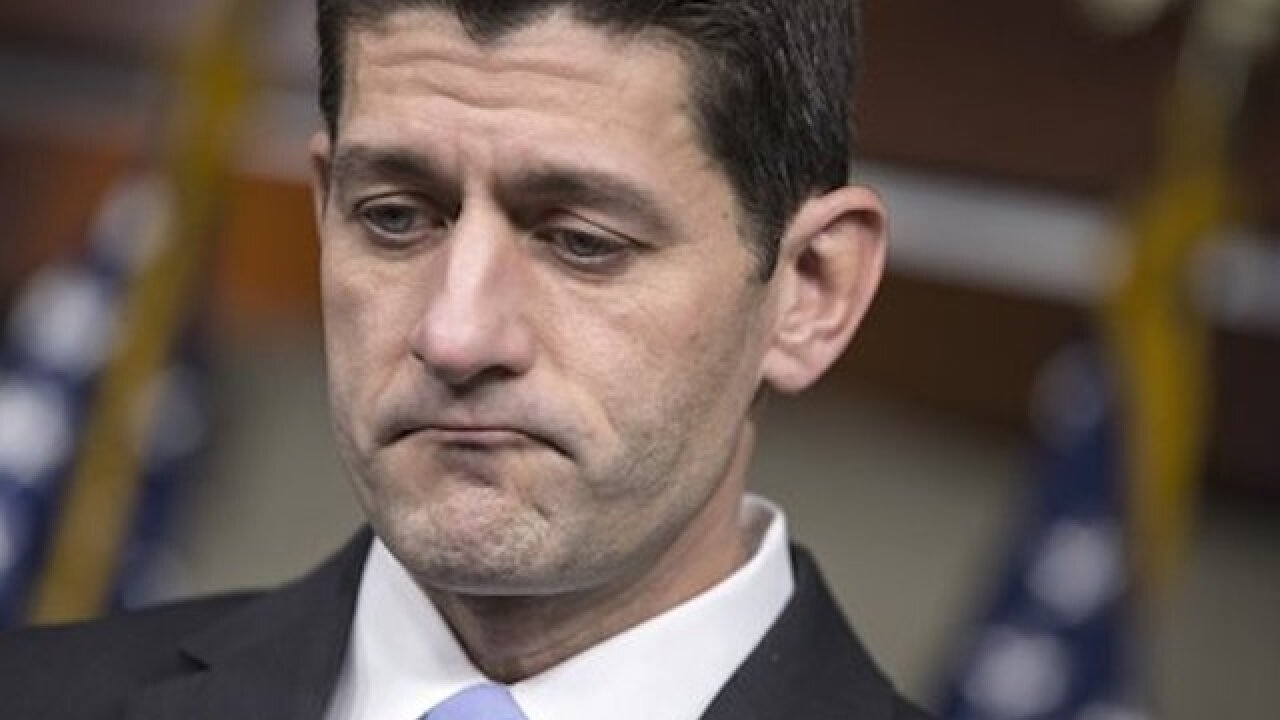 WASHINGTON (AP) — Thanks to Congress' recent tax-and-spending spree, Republicans intent on fulfilling a political promise will have to propose far deeper cuts to domestic programs to bring the government's deteriorating balance sheet back into the black.

And if the GOP should win the White House, those promises are likely to come back and haunt them.

A weakening economy means Republicans will have to dig even further into the budget to find sufficient spending cuts to balance the budget, according to the latest projections from the Congressional Budget Office. The budget — a non-binding wish list of cuts and policies — was already unrealistic, promising cuts that lawmakers have never shown they'd be willing to make.

Last year, for instance, Republicans promised more than $5 trillion in spending cuts over a decade. Instead, they worked with President Barack Obama to add about $750 billion to the deficit over the decade through a mix of spending increases and permanent tax cuts. Even a token effort to curb the federal crop insurance program was immediately reversed after a revolt by farm state lawmakers.

Now, the dismal fiscal picture, budget experts say, would mean Republicans would have to slash more than $2 trillion over 10 years, with the most draconian cuts required in the final years. That's assuming they will still try to balance the budget.

"Realistically speaking, that's just not going to happen," said Maya MacGuineas, president of the Committee for a Responsible Federal Budget, a Washington group that advocates for lower deficits.

With Social Security, the Pentagon and most of Medicare insulated politically from cuts, Republicans are likely to call for even further reductions to programs like Medicaid, domestic agency budgets, student loan subsidies and food stamps.

The GOP chairmen of the House and Senate Budget panels insist they will find a way.

"It's not only realistic but essential," Senate Budget Committee Chairman Mike Enzi, R-Wyo., said of balancing the budget. "This country is going to be bankrupt if we don't do something."

Under Congress' arcane budget process, lawmakers vote first on a broad, non-binding outline called a budget resolution — which is akin to the blueprints for a house — and then use follow-up legislation to fill in the details. The second-step of votes to implement the budget are invariably more difficult than the first.

Congress does a lot more bragging about budget blueprints than actually trying to enact them. House Republicans boast but they've never drafted legislation detailing how they would turn Medicare into a voucher-like program for most future retirees or cut Medicaid funding by about one-fifth — and force many millions of people from health coverage or nursing home care.

Even architects of the budget acknowledge that there's no stomach to actually try to impose its cuts.

"The critical mass does not yet exist in the country or the Congress that recognizes that we need to save and strengthen and secure these mandatory programs," said House Budget Committee Chairman Tom Price, R-Ga. Price was referring to programs like Medicare, Medicaid, and Social Security, whose mandatory budgets grow automatically unless Congress cuts them.

So in some ways the budget process is perfect for politicians: It gives them a chance to tell voters they're cutting spending even as they avoid the politically dangerous votes required to actually do it.

The budget process also fits into Speaker Paul Ryan's vision for using the House agenda to tell voters what they'll get if Republicans win the White House. The annual budget debate will come before efforts to replace the health care law or reveal the party's plans to update the loophole-clogged tax code after five years of controlling the House.

Conspicuously left off the agenda? Emphasizing spending cuts, even as the deficit has begun growing again and the latest estimates reveal trillion-dollar deficits returning in just a few years.

"Clearly that's going to take a Republican president because this president has continued to kick the can down the road and I see no change in his behavior," Ryan, R-Wis., said recently.

But it's by no means clear that balancing the budget will be a top priority for presidential candidates who have promised big tax cuts and aren't really talking about the issue on the campaign trail. If there is a GOP president next year, he will have to answer questions about living up to the balanced-budget promises of Republicans in Congress.

If a GOP president embraces a balanced budget, they'll have to offer an enormously difficult set of cuts to Republican lawmakers unschooled in what balancing the budget really means.

"The magnitude of the policy changes that you would have to implement to achieve the savings that are promised in the budget — I don't think there's an appreciation for the magnitude of those changes," said Neil Bradley, a former top House GOP aide who now works for the Conservative Reform Network, which offers policy advice to GOP candidates and lawmakers.

Obama submits his budget Feb. 9, and House and Senate Republicans promise floor debates on their alternatives in March.