Clinton gets nod from Eric Holder 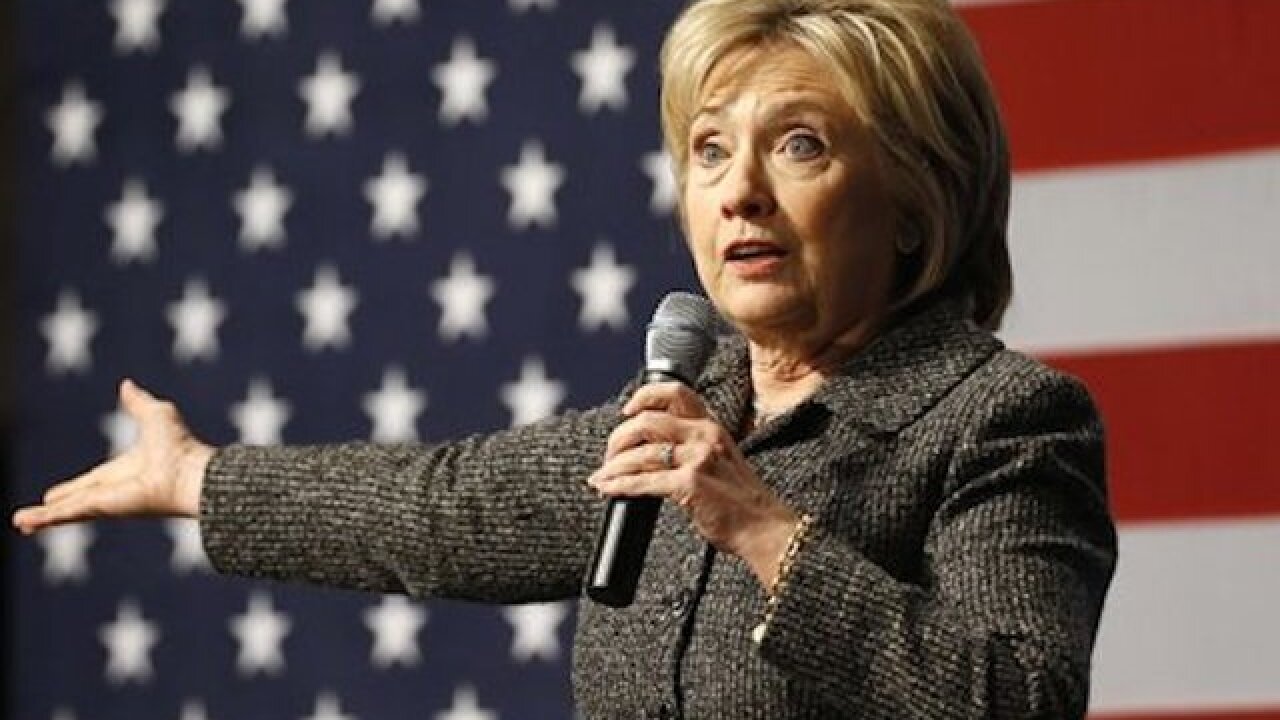 CHARLESTON, S.C. (AP) — As she works to maintain an advantage among African-American voters in her quest for the Democratic presidential nomination, Hillary Clinton has secured an endorsement from the nation's first black attorney general.

The Clinton campaign announced Eric Holder's support in a statement to the Associated Press.

Holder, who served as President Barack Obama's top law enforcement appointee for more than five years, said Clinton "is the candidate that we need in the White House" to continue "the progress of President Obama."

The former attorney general will campaign for Clinton in an upcoming swing to South Carolina, accompanying her to a state Democratic Party dinner Saturday and a Sunday debate sponsored by NBC News and the Congressional Black Caucus.

Holder's statement cited a list of policy areas that Clinton has highlighted in her battle against Vermont Sen. Bernie Sanders, including several that resonate strongly among black voters.

African-American voters favor Clinton by a wide margin according to preference polls, and they will likely make up a majority of the Democratic electorate in South Carolina's Feb. 27 primary and potentially in other Southern primaries that follow in March.

Holder said Clinton "has bold plans to address police brutality, fight for common sense reforms to our gun laws." He did not name Sanders, instead focusing on Republicans he said would "tear down our progress on civil rights, health care and curbing gun violence."

South Carolina is the only one of the initial four states to vote where black voters anchor the Democratic Party base of support. While polls in overwhelmingly white Iowa and New Hampshire show Sanders either leading or nearly deadlocked with Clinton, her advantage among black voters leaves her with a commanding lead in South Carolina.

The former secretary of state conceivably could lose Iowa and New Hampshire but quickly regain the upper hand in the nominating contest by winning in South Carolina and several other Southern states that follow.

Clinton has in recent weeks emphasized her support for tougher gun laws, aligning herself with Obama and trying to paint Sanders as an ally of gun manufacturers based on some of his previous votes in the Senate. Sanders supports Obama's recent executive action to expand background checks on certain gun purchases, but he has also argued that rural communities, like those he represents in Vermont, rightfully view gun restrictions more skeptically than many urban residents, including many African-Americans.

Gun violence is particularly important to black voters in South Carolina. In North Charleston last April, a white police officer was captured on video shooting and killing an unarmed black man, Walter Scott. The officer has since been fired and charged with murder.

In June, a white gunman entered a historically black church in Charleston and killed the minister and eight others, drawing a national outcry.

Sanders and his aides acknowledge Clinton's advantage among black Democrats, and the Vermont senator has concentrated ad spending in the state on radio stations aimed at African-Americans. The message focuses heavily on his pitch for greater economic opportunity and an end to mass incarceration that disproportionately affects young black males.

Tad Devine, Sanders' top media consultant, called the ads "effective" and said the question is whether Sanders has a enough time to reach more black voters before the Feb. 20 primary in South Carolina and the March primaries across the South.