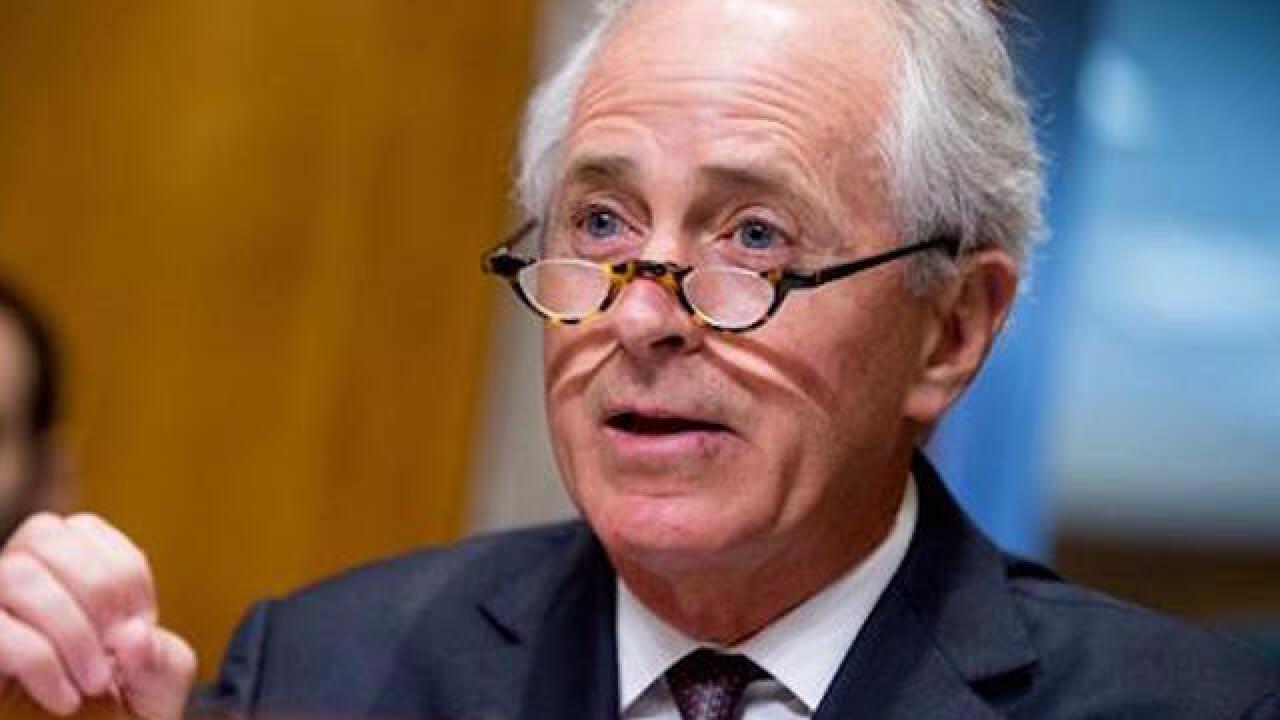 Spokesman Micah Johnson confirmed the comments that the Tennessee senator made in an interview with The Washington Post published Wednesday in which the senator said "there are people far more suited for being a candidate for vice president" and "I think I'm far more suited for other types of things."

Corker's withdrawal comes just a day after he joined Trump at a rally in North Carolina as the celebrity businessman takes potential running mates out for test drives, bringing them on tour as he travels across the country in the days before he officially names his vice president.

Former House Speaker Newt Gingrich is slated to do the same in Ohio.

Trump spent Tuesday with Corker, inviting the chair of the Senate Foreign Relations Committee to briefly join him onstage in Raleigh. The two men were a study in contrasts, as Corker stood at least a foot shorter than the billionaire businessman and spoke in slow, deliberate phrases instead of Trump's rapid-fire braggadocio.

"I wasn't going to say anything. I just came to visit," Corker began. "The rallies that I have back home aren't quite like this. Pretty cool."

He told the audience that he'd "had a pretty remarkable day" with Trump's adult children, employees and campaign staffers. "You know it says a lot about a - it says a lot about a person to meet their family, to spend time with their kids, if you will," he said, sharing some down-home advice with the crowd. "Somebody once told me it's not who you know in life, it's how you know them."

These apparently public auditions stand in clear contrast to the usually highly secretive VP vetting process, including the clandestine one used by the previous Republican nominee just four years ago.