Could Trump debate Sanders this summer? 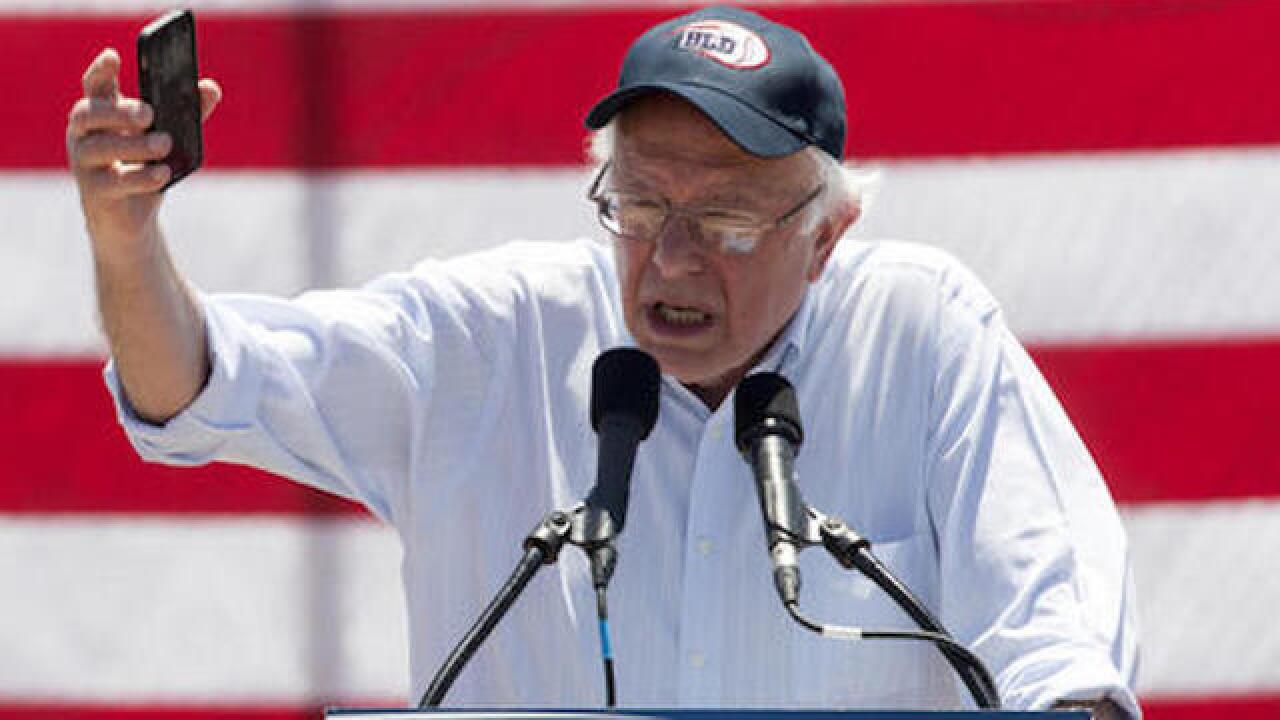 WASHINGTON (AP) — Chances are likely slim, but what about a Donald Trump-Bernie Sanders debate heading into the crucial June 7 California primary?

That possibility surfaced Wednesday, even if in a jocular tone, in an indirect exchange between the Republican billionaire real estate mogul and the senator who Hillary Clinton hasn't been able to bump from the Democratic presidential sweepstakes.

"I had no idea it was going to be so nasty," said Trump, who said he'd be happy to engage Sanders in a one-on-one debate — as long as significant money goes to charity.

Sanders said on Twitter he'd welcome that. "Game on. I look forward to debating Donald Trump in California before the June 7 primary."