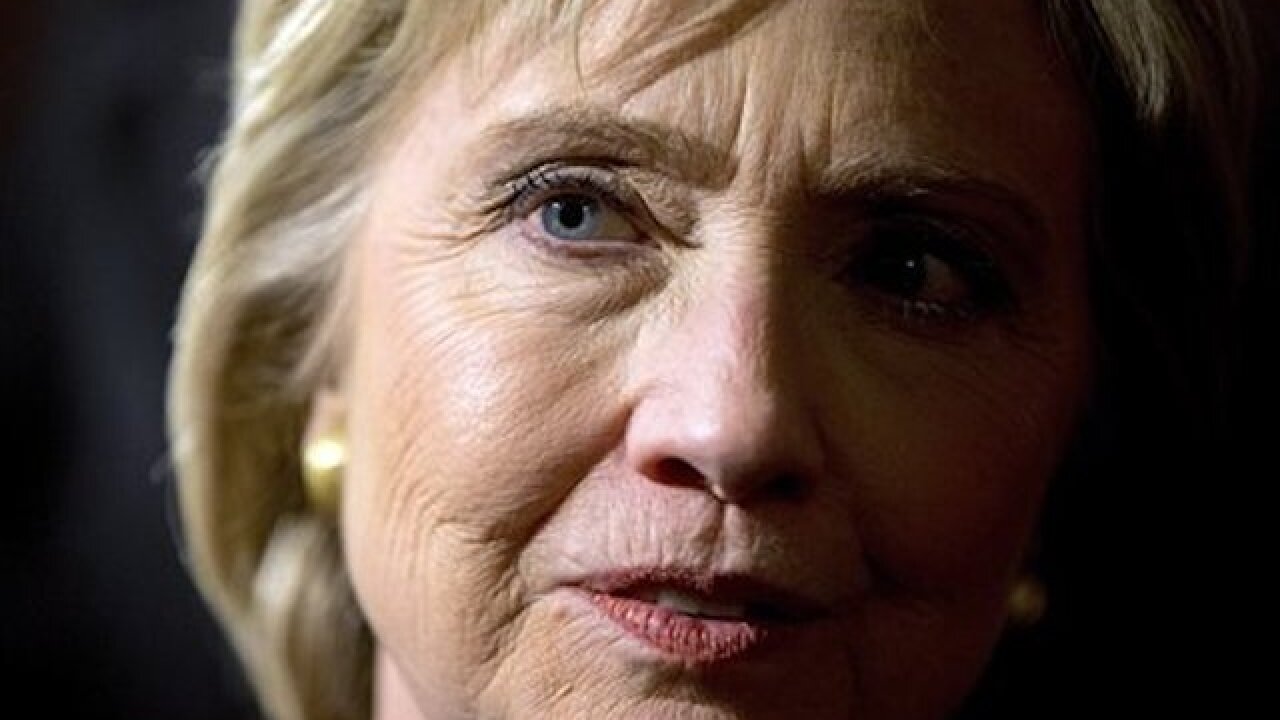 CEDAR FALLS, Iowa (AP) — When Bernie Sanders rolled into Decorah, nearly 2,300 people were waiting for him. Chants of "Feel the Bern" filled the spirited hall from a crowd roughly equivalent to a quarter of the town's population. "If we have the kind of turnout that I hope we can," Sanders told the rally, "then we're going to win here in Iowa."

It's all beginning to resemble a bad flashback for the second-time Democratic presidential candidate, who once again finds herself barnstorming through the frozen stretches of Iowa with a diminished lead in the polls and an underdog rival on the rise.

"If you go to caucus on Monday night and stand up for me there, I will work my heart out for you as your president," Clinton said, urging her supporters to turn out for the Iowa contests that open voting in the 2016 presidential campaign. "The stakes in this election are so high. "

"None of this is easy," said Clinton, talking about President Barack Obama's work on health care but also alluding to the sweeping political changes being promised by Sanders. "This is really hard, slow, painful political work to get through the thicket of objections, of special interests and powerful forces."

Her final days in Iowa are a sprint through Iowa's biggest cities and — more notably — small towns — as Clinton tries to stave off Sanders' effort to turn his late boost of enthusiasm into a strong showing at the caucuses.

With stronger backing in college towns and urban centers, Sanders is hoping to expand his reach and undercut her appeal in more rural areas of the state.

That leaves Clinton trying to reinforce her support in places like Decorah, a town of about 8,000. Obama easily bested Clinton in the county to win the most delegates in 2008.

This year, the county has 11 state delegates up for grabs, out of 1,401 statewide — far fewer than the bigger population areas.

But Obama showed that Iowa is won not by concentrating support but by picking-off a winning share of delegates in a broad swath of counties. Sanders aides know their prospects in the state depend on turning those screaming fans into caucus-goers, willing to sit through an hours-long process.

Sanders tried to lower expectations Tuesday, telling AP that the notion he must win the caucuses is "mythology."

"If I lose Iowa by two votes and end up with virtually the same number of delegates ... is that a tragedy? No," Sanders said aboard a charter flight to a rally in Duluth, Minnesota. "We are running a campaign that will take us to the convention and I'm very proud of the kinds of enormous gains we have made."

But for Clinton, it wasn't supposed to get this close. In 2008, she campaigned hard in the state, despite recommendations from an aide who called Iowa "''our consistently weakest state" and urged her to focus elsewhere, according a leaked memo.

After months of big events, candidate cattle calls and private meetings with influential political figures in the state, she finished third, and didn't come back to Iowa until 2014.

Determined not to repeat her losing effort, her campaign arrived in Iowa early last year and quickly built up a sizable staff, led by some of the strategists who worked on Obama's 2008 bid. She's held more than 100 Iowa events since announcing her campaign in April. An army of celebrities, former Iowa officials and prominent party leaders has hosted dozens more.

"It was mid-summer before Sanders had people on the ground," said Matt Tapscott, Democratic chairman of Winneshiek County, where Decorah is located. "She had the resources to put people on the ground early. They opened up an office early." Tapscott has endorsed Sanders and thinks he can achieve a strong finish.

With Sanders rising in national polls, some Democrats close to the campaign now grumble that she is focusing too heavily on Iowa. They worry she'll be less competitive in later contests with far more delegates at stake.

But former Iowa Sen. Tom Harkin, who is backing Clinton, said she was right to invest in the state and he expressed surprise at Sanders' rise.

"It seems like in every caucus, there's always the unique, there's the new," said Harkin, who beat Bill Clinton in 1992 to win Iowa. "Young people tend to like new things. I think a lot of that is true of Bernie. He's unique, he's new, he hasn't been out for 20 years on the national scene like Hillary."

Judy Cyverson, 59, saw both candidates speak in her hometown of Decorah and plans to back Clinton. Sitting in the back row, she noted the differences between the crowds.

"There's a lot of gray-haired people here," she said. "But that's great. They show up."