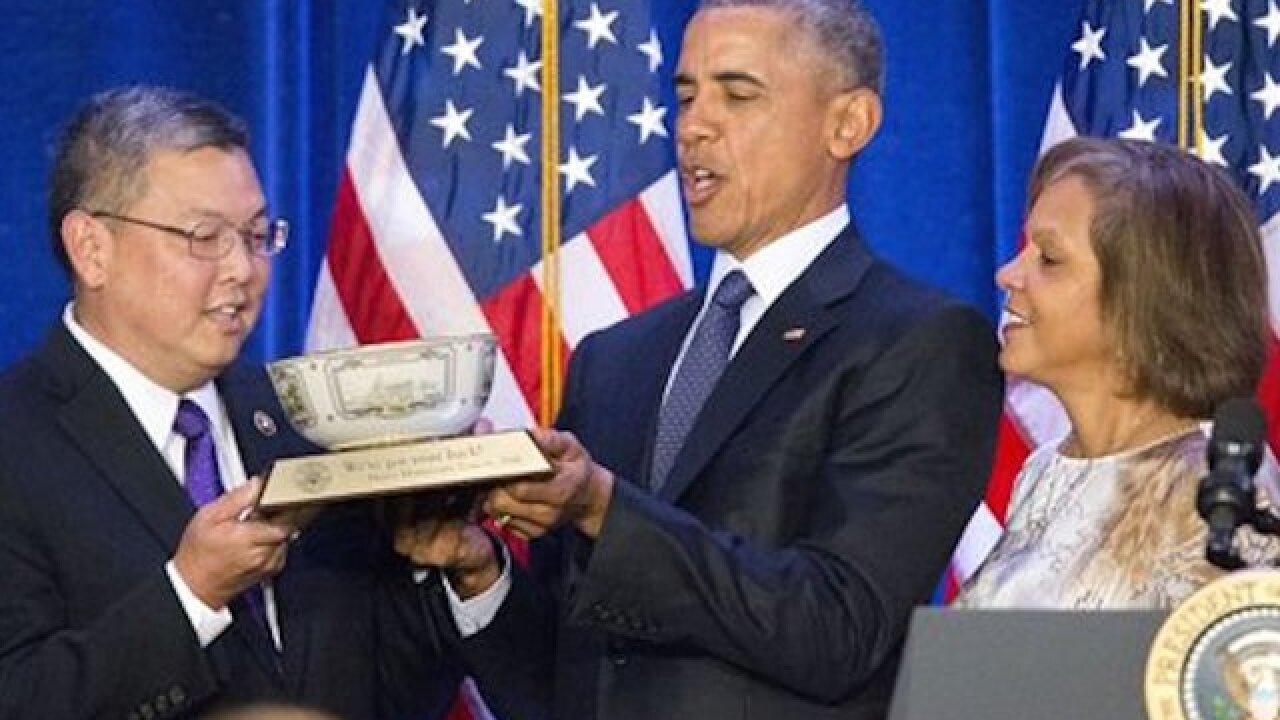 "We're leaving this weekend stronger and more united than we were coming in," said Rep. Ben Ray Lujan, D-N.M., chairman of the Democratic campaign committee, who added that the party has a "foundation to build from as opposed to tearing that apart."

Democrats wrapped up their three-day issues retreat on Friday after hearing from Trevor Noah of Comedy Central's "The Daily Show" and AFL-CIO President Richard Trumka. Obama and Vice President Joe Biden on Thursday delivered separate pep talks to the Democrats, who have their smallest minority in the House since the Truman administration in the late 1940s.

Obama promised Democrats that the party will win the White House in November. Biden likened the GOP presidential primary to a "gift from the Lord" for Democrats trying to win control of the House and Senate.

Rep. Joe Crowley, D-N.Y., said Obama told Democrats that "we have to look back on what we have accomplished and appreciate what we've done' to ... build the strength to meet the challenges before us."

In a not-so-veiled shot at GOP presidential front-runner Donald Trump, Obama said the U.S. won't strengthen itself "by allowing politicians to insult Muslims or pit groups of Americans against each other."

Down-ballot Democrats are striving to get their message out amid the cacophony of a presidential race that has yet to gel. House Democratic Leader Nancy Pelosi of California on Friday praised the long-shot candidacy of Vermont Sen. Bernie Sanders, saying his liberal campaign "has expanded the universe of young people especially interested in the political process."

Pelosi added that "history will record that Bernie Sanders' candidacy has had a very wholesome effect."

In his session, Obama defended his global leadership against a chorus of GOP attacks from Trump and other presidential candidates. He said the U.S. and a coalition of more than 60 countries continues "to hunt down and destroy ISIL, including with nearly 10,000 air strikes."

"We're not going to build progress with a bunch of phony tough talk and bluster and over-the-top claims that just play into ISIL's hands," Obama said. "That's not keeping America safe."

On the upcoming elections, Obama promised that "we will have a Democratic president succeeding me. ... And the reason I can say that with confidence is because we focus on the things that matter in the lives of the American people."

During the closed-door back and forth with lawmakers, according to an aide in the room, Obama defended his administration's deportations of migrants from Central America and said bipartisan action was possible on criminal justice reform and in combating opioid abuse. He promised action on Puerto Rico's fiscal crisis.

Democrats held the House by a substantial majority when Obama took office and were integral in enacting an economic stimulus bill, Obama's health care rewrite and an ambitious overhaul of financial regulations.