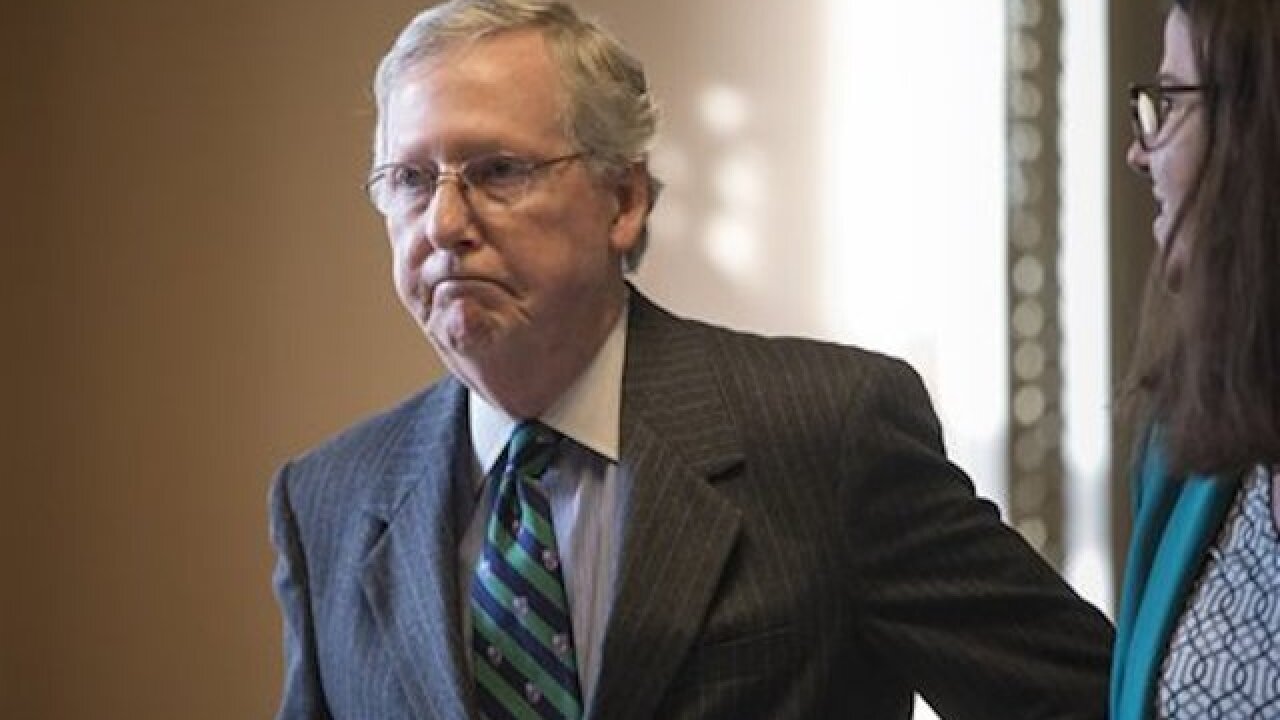 WASHINGTON (AP) — Top Senate Republican Mitch McConnell said Tuesday that his party won't permit a vote on any Supreme Court nominee submitted by President Barack Obama and will instead "revisit the matter" after the presidential election in November.

The Kentucky Republican acknowledged that Obama is within his rights to nominate a replacement to the late Antonin Scalia but said Republicans controlling the Senate would exercise their rights to "withhold" consent.

McConnell quoted a 1992 Senate speech by Vice President Joe Biden, then-chairman of the Judiciary Committee, in which Biden that in a presidential election year the Senate should "not consider holding hearings until after the election. Instead, it would be our pragmatic conclusion that once the political season is under way, and it is, action on a Supreme Court nomination must be put off until after the election campaign is over."

Scalia's unexpected death Feb. 13 ignited a major fight in Washington over whether Obama should be able to replace him in a presidential election year.

McConnell was at the center of a battle a decade ago over Democratic filibusters of judicial nominees of President George W. Bush and, after Democrats took over the chamber in 2007, repeatedly said Bush's judges deserved up or down votes.

"During my time on the committee, we have never refused to send a Supreme Court nominee to the full Senate for a confirmation vote, even when the majority of the committee opposed the nomination," Leahy said. "And once reported to the full Senate, every Supreme Court nominee has received an up or down confirmation vote during my more than four decades in the Senate."