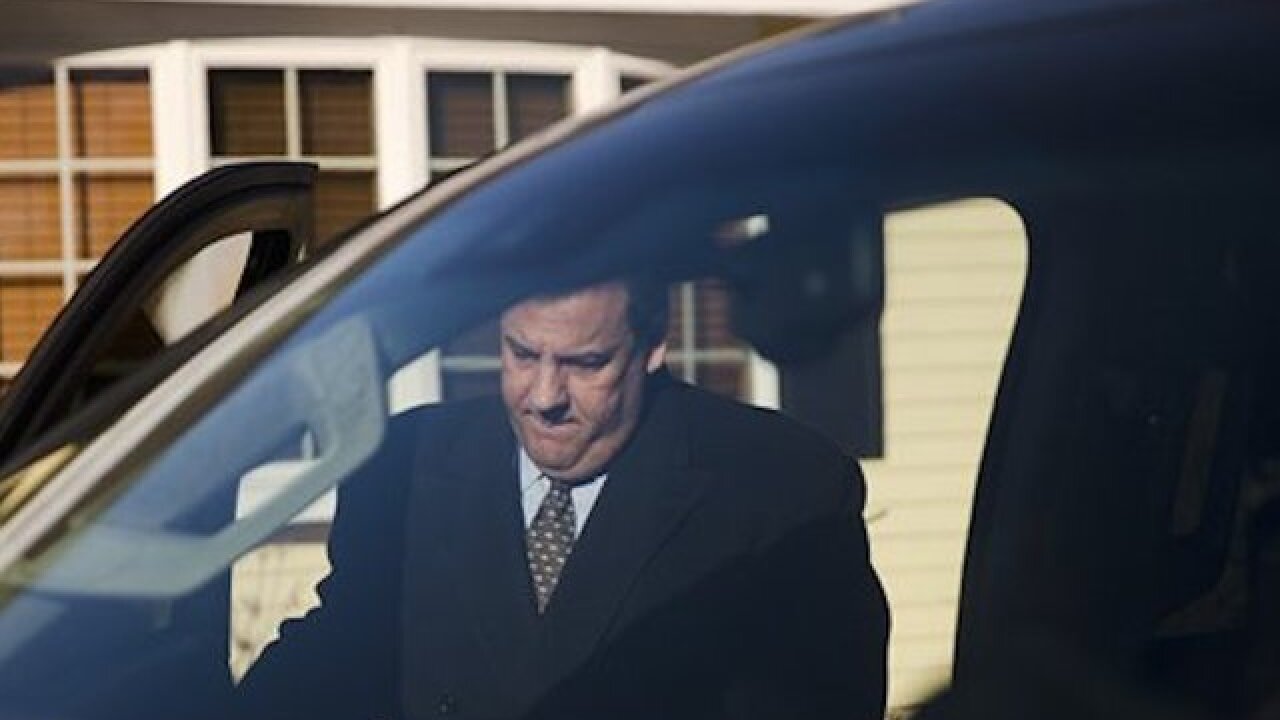 The Republican presidential candidate's state environmental protection department is moving to seize a strip of beach behind a summer home owned by his brother.

Todd Christie says he's fine with the move, which is being done to clear the way for protective sand dunes along the state's entire 127-mile shoreline — even though it puts him at odds with his neighbors in Point Pleasant Beach , most of whom want to fight the project.

Since shortly after Superstorm Sandy devastated the coast in October 2012 — including destroying some homes on Todd Christie's street — Chris Christie has been pushing to build dunes along the state's entire coast. But he has gotten unexpectedly strong pushback from oceanfront homeowners in several spots. They have fought to a draw in court.

The governor has harshly criticized holdouts, repeatedly calling them "selfish," and accused them of putting entire communities at risk to preserve their oceanfront views. He has encouraged shore residents to knock on doors in Point Pleasant Beach and neighboring Bay Head and demand to know why the holdouts have refused to sign easements allowing the work to proceed.

In a statement to The Associated Press issued through the governor's office, Todd Christie said he has repeatedly voted in favor of the dunes and against the majority of those in his homeowners' association, which owns the beach and has thus far refused to sign an easement.

"I believe 100 percent that the protective dunes should be built, and any person or entity — including my homeowners' association — causing delay is putting our community at risk," he said. "If this was an individual decision and not one of the association, I would have signed an easement years ago. That is why each and every time the matter has come up for a vote before the association membership, I have voted for the dunes and against the push to further litigate and delay this matter."

In a lawsuit filed Dec. 28, the state Department of Environmental Protection seeks to seize a portion of the land under the concept of eminent domain. That entitles governments to seize privately owned land for a public purpose after paying compensation for it.

The DEP has offered the homeowners' association $1,000 for a portion of the beach. Todd Christie bought his full house and lot for $1.9 million, and it is assessed at nearly $3.6 million.

The case is just one of scores being fought over in court as New Jersey tries to clear the way for the dune project, and homeowners resist.

Margate's litigation has thus far prevented construction of dunes in the seaside town just outside Atlantic City. Bay Head homeowners also are suing, claiming that the $5 million of their own money they spent on a rock wall behind their homes will work better than dunes — a belief they said was justified by last month's severe coastal storm which washed sand away from the rocks but spared the homes behind them. The privately owned Jenkinson's beach just north of Todd Christie's neighborhood is in settlement talks with the state over a lawsuit it brought challenging the dune project.

The homeowners object to government taking private property. They worry about who will be required — or allowed — to maintain the beaches once dunes are built on them, and still others fear the eventual construction of boardwalks, public restrooms and even Ferris wheels near their homes. Chris Christie last month called that "a ridiculous idea, put forward by some selfish folks and their selfish lawyers who are just looking to make money off this."

Others are upset about losing prized oceanfront views. In a Long Beach Island case in 2013, the state Supreme Court ruled that judges must take into account the storm-protection benefits that dunes add to an oceanfront property, not just the decreased value from lost views. The couple at the heart of that case eventually accepted a $1 settlement after initially being awarded $375,000.

So far, the state has filed condemnation cases against 86 properties.