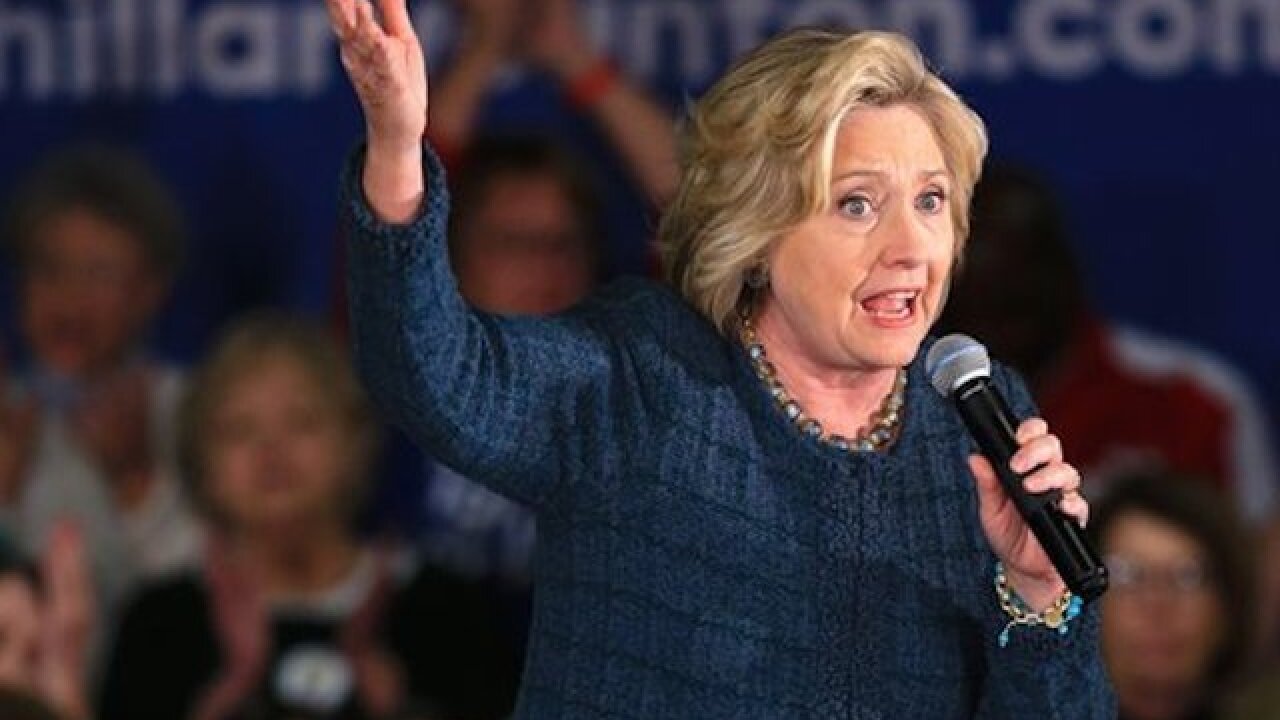 WASHINGTON (AP) — The State Department's search for documents during Secretary of State Hillary Clinton's tenure contributed to "inaccurate and incomplete" responses under federal open records laws, including the existence of her private email account, the agency's watchdog will report Thursday.

The report from the agency's inspector general said personnel responsible for searching records in the secretary's office did not "consistently meet statutory and regulatory requirements for completeness" and rarely met deadlines, according to a draft report obtained by The Associated Press.

Clinton, the front-runner for the Democratic presidential nomination, has faced criticism for relying on a private, homemade email server to conduct official State Department business. The AP first reported in March 2014 the existence of a server in her Chappaqua, New York, home. She used that server instead of an official account on government systems.

State Department Inspector General Steve Linick will also report Thursday that some requests under the Freedom of Information Act, which intersected with the secretary of state's office, have taken more than 500 days to process. Those cover the tenures of several secretaries going back to former President George W. Bush.

Overall, the report found a "lack of oversight" by agency leadership, and a "failure to routinely search emails" as part of FOIA requests. The report also faulted ongoing staff shortages.

Records involving Clinton's private email account, requested in 2012 by the nonprofit Citizens for Responsibility and Ethics in Washington, turned up no records. It was one of four examples the report highlighted while Clinton was in charge, including how a request for her schedules by the AP "sat dormant for several years" until the news cooperative sued the State Department last March. Four months later, the agency disclosed in court filings it finally conducted a search and located at least 4,440 records.

Clinton has since handed over 55,000 pages of emails to the State Department she said pertained to her work as secretary using her personal address. The agency is expected to release thousands more pages of those records Thursday.

But the inspector general's report underscored inherent deficiencies for responses to federal records requests when employees use such a private account.

The Freedom of Information Act request, Linick found, "neither authorizes nor requires agencies to search for federal records in personal email accounts maintained on private servers or through commercial providers" such as Gmail or Yahoo. "Furthermore, the FOIA analyst has no way to independently locate federal records from such accounts unless employees take steps to preserve official emails in department record-keeping systems," it continued.

State Department spokesman John Kirby said in a statement the agency is "committed to transparency, and the issues addressed in this report have the full attention" of current Secretary of State John Kerry. Kirby said the volume of FOIA requests had tripled since 2008, and resources "have not kept pace."

"We know we must continue to improve our FOIA responsiveness, and are taking additional steps to do so," Kirby said, saying the agency has accepted the inspector general's four recommendations.

A spokesman for Clinton's campaign did not immediately respond to requests seeking comment Thursday.

Clinton has faced questions during her campaign about whether her unusual email setup was sufficient to ensure the security of government information and retention of records. Officials have since blacked out scores of information in those emails that were later deemed classified before releasing them to the public.

Under the FOIA, citizens and foreigners can compel federal agencies to turn over copies of federal records and requires an agency to respond within 20 days, a deadline often missed in practice across the U.S. government. The AP is among several organizations that have sued the State Department over records pertaining to Clinton's time in office.

The former secretary has yet to answer in detail how her homemade server was monitored for intrusions, although she has said generally it contained "numerous safeguards." In October, the AP found Clinton's server was connected to the Internet in ways that made it more vulnerable to hackers.

The inspector general said the agency should address vulnerabilities in its FOIA process. But the report indicated the watchdog will report separately on issues associated with using non-State Department systems to conduct official business, as well as on requirements to preserve government records.