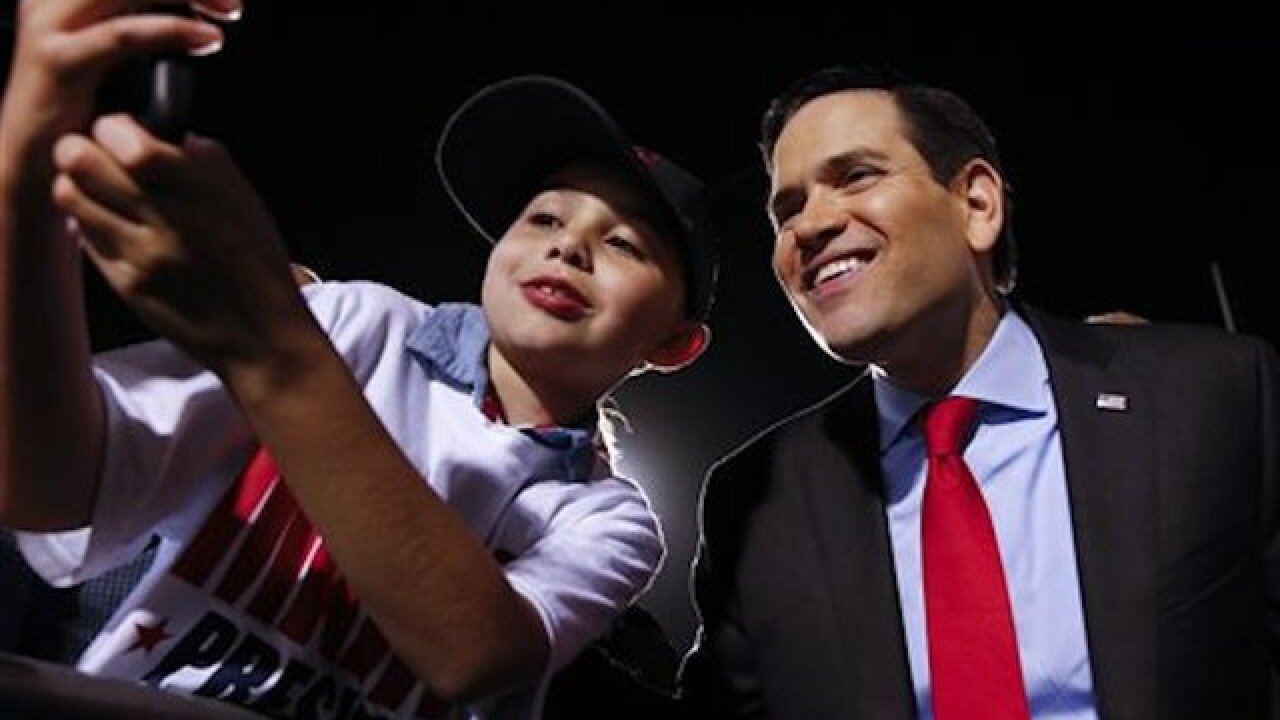 WASHINGTON (AP) — Marco Rubio is taking a page out of Jeb Bush's playbook— letting his allied super PAC fight the advertising battle ahead of a must-win primary in his home state.

Instead, the Rubio-aligned Conservative Solutions PAC is directing attack ads at billionaire Donald Trump, pumping money into nearly every market in the state and even airing a Spanish-language ad on Rubio's home turf of Miami in hopes of encouraging a large Latino turnout.

Since Super Tuesday, Conservative Solutions has aired more than 2,300 spots in the Sunshine state and is slated to spend more than $8.7 million on radio and television ads ahead of the state's March 15 primary. That's the most the group has spent in any one state since New Hampshire, according to data from Kantar Media's Campaign Media Analysis Group.

The spending by Conservative Solutions and other outside groups opposing Trump has dwarfed the more than $900,000 Trump has spent on advertising so far.

The billionaire, who leads Rubio in recent polling in Florida, is set to spend about $2 million on radio and television advertising in the state by the primary, largely on ads touting the affection he engenders in voters.

But Trump has begun to return fire. He started airing a TV ad earlier this week called "Corrupt Marco." The ad accuses Rubio of loose spending and calls him a "corrupt, all-talk, no-action politician."

Like Bush's presidential run, which benefited from more than $75 million in radio and television advertising from Right to Rise USA, the influx of super PAC money is setting up an ad battle between the deep-pocketed— with Trump on one side and outside groups on the other. And that's sparing Rubio's campaign from having to invest heavily in advertising of its own.

Beth Rosenson, an associate professor of political science at the University of Florida, said Rubio's reliance on the super PAC in Florida makes sense because he isn't as flush with cash as other campaigns. But the strategy has a downside — ceding control of a large part of his messaging to an outside group.

"It's not ideal, but I guess it's a strategic calculation that the money from his campaign committee is better spent elsewhere," Rosenson said.

Rubio campaign spokesman Alex Conant declined to discuss the campaign's lack of advertising. But Conant said that in Florida "where Marco is universally known and where outside groups are spending millions on the airwaves," the campaign is sticking to its plan of getting voters to the polls.

And ad-spending data shows that Conservative Solutions is making up for the campaign's airwave absence. The group is airing four ads on broadcast TV statewide and blanketing Univision and Telemundo audiences in Miami with a Spanish-language spot called "One of Us." The ad touts Rubio as a "proud son of Miami" who best understands what's important to Latinos in south Florida.

The group is also directing its firepower at Trump— and getting help from anti-Trump groups like Our Principles, a super PAC backed by Marlene Ricketts, the wife of TD Ameritrade founder Joe Ricketts, and American Future Fund, a so-called dark money group that doesn't disclose its donors. Another group that has attacked Trump, Club for Growth, also has planned at least $1 million in advertising spending in the run up to next week's primary.

The combined effort has meant a flood of Trump attack ads.

Since March 1, about 2 out of every 3 Republican broadcast spots aired in Florida have attacked Trump, according to an Associated Press analysis of Kantar Media's data.

One Conservative Solutions ad plays audio of Trump saying "I love the poorly educated," and follows up with a narrator saying, "He thinks we're fools." At least three ads include people who say they were scammed by Trump University. One includes a man saying "America don't make the same mistake I did with Donald Trump."

Rosenson said the commercials are likely hitting home because some research— most notably highlighted in the mid-1990s book "Going Negative" by Stephen Ansolabehere and Shanto Iyengar— has shown negative ads tend to be more effective at getting Republicans to the polls.

"Obviously, these super PACs and PR firms wouldn't be doing this if it didn't work, and it tends to be particularly more effective with Republican voters. They respond to that negativity more. It kind of fires them up and gets them to want to vote," she said.

The attacks have not gone unnoticed by Trump himself.

"The negative television commercials about me, paid for by the politicians' bosses, are a total #Mediafraud," Trump tweeted this week. "When you watch, remember!"