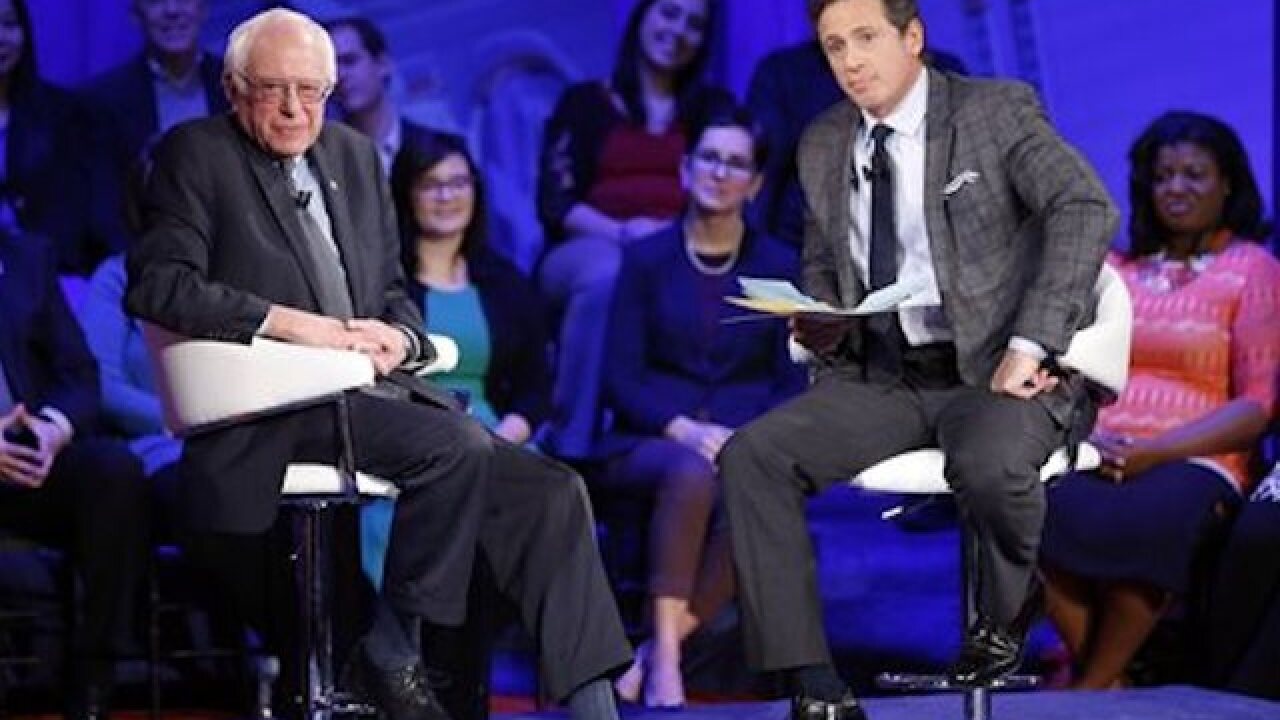 DES MOINES, Iowa (AP) — For months, the tumultuous Republican presidential primary has masked a brewing debate among Democrats about their own party's future.

Now, with Vermont Sen. Bernie Sanders chipping away at Hillary Clinton's grip on the Democratic nomination, the differences are spilling out into the open as the candidates campaign across snow-covered Iowa.

At its core, the divide between Clinton and Sanders is about just how much to change current economic, health care and education systems, and what the federal government's role in those areas should be. The candidates often share the same goals, but have different policy prescriptions and preferred tactics for achieving them.

Sanders, an independent who caucuses with Democrats on Capitol Hill, has been unabashed in his calls for a "political revolution," energizing his crowds as he urges them to join him in leading the country in a "new direction." Reflecting the views of liberal Democrats, he sees the government as a vehicle that supplies Americans with the basic tools they need to achieve economic security.

If health care coverage is one of those rights, Sanders believes the government should provide it through a single-payer system, even if that means raising taxes. If higher education is now a requirement for jobs in a modern economy, Sanders says the government must guarantee free tuition at public colleges and universities.

Sanders touted his education plan this week through the prism of a young person who may be seeking to become the first in their family to go to college.

"If that kids studies hard and does well in school, he or she will be able to get an education regardless of the income of the family," Sanders said. "That is revolutionary."

Clinton, a former senator and secretary of state, prefers to talk about "achievable" outcomes and douses her campaign remarks with reminders about how difficult nearly every fight a president takes on will be to achieve. With Sanders growing stronger, she's taken to outlining his proposals during her remarks, only to explain to voters why they're unfeasible.

"I think my way — a hard, patient, persistent way — is the best," Clinton said Monday during a town hall in Knoxville, Iowa.

Like Sanders, Clinton believes in universal health care coverage and college affordability. But he talks about health care and college education as basic rights that the federal government should provide to all, while Clinton is more focused on how to lift up people who are getting left behind.

Scarred by her own failed efforts to push through comprehensive health care reform in the 1990s, Clinton is unwilling to dive back into another sweeping legislative debate now that President Barack Obama's overhaul is in place. Instead, she's called for building on what's in place to address costs that are still too high for many Americans.

And when asked about Sanders' plan to make college free, Clinton spoke of the ways that setup could be abused.

"I don't think it's right to give me and my husband free college for our child. If you can afford to pay, you should pay," Clinton said Monday. "But I also think it's an open invitation for colleges and universities to keep raising their costs."

Clinton's campaign was built in part on the theory that Democratic voters who backed Obama's calls for hope and change would be more in the mood for a pragmatist after eight years of Washington gridlock. Indeed, she has broad support within the party and leads Sanders nationally.

But with the Iowa campaign now in its final week, it's Sanders' message that's generating enthusiasm in the states that kick off the primary contests. His crowds frequently double or triple the size of Clinton's, and he's particularly energized voters with his call to break up the Wall Street banks.

There, too, the gulf between Clinton and Sanders is on clear display. While both have warned about allowing big banks to grow so large that their collapse would damage the U.S. economy, Sanders views financial institutions as perhaps the biggest driver of inequality, while Clinton has stopped well short of challenging the banks' basic functions.

Sanders has also seized on the large speaking fees Clinton has accepted from Goldman Sachs, generating some of the most biting attacks in the Democratic contest.

Yet even as the race between Sanders and Clinton becomes more contentious, Democrats say they're encouraged that the battles have stayed largely focused on substance, giving the race a seriousness they believe portends party unity in the general election.

"There have been a few elbows, but it has been relatively civil,"said Mo Elleithee, who worked on Clinton's 2008 campaign and is now executive director of Georgetown University's Institute of Politics and Public Service.