Trump, Sanders look to emerge from N.H. with win 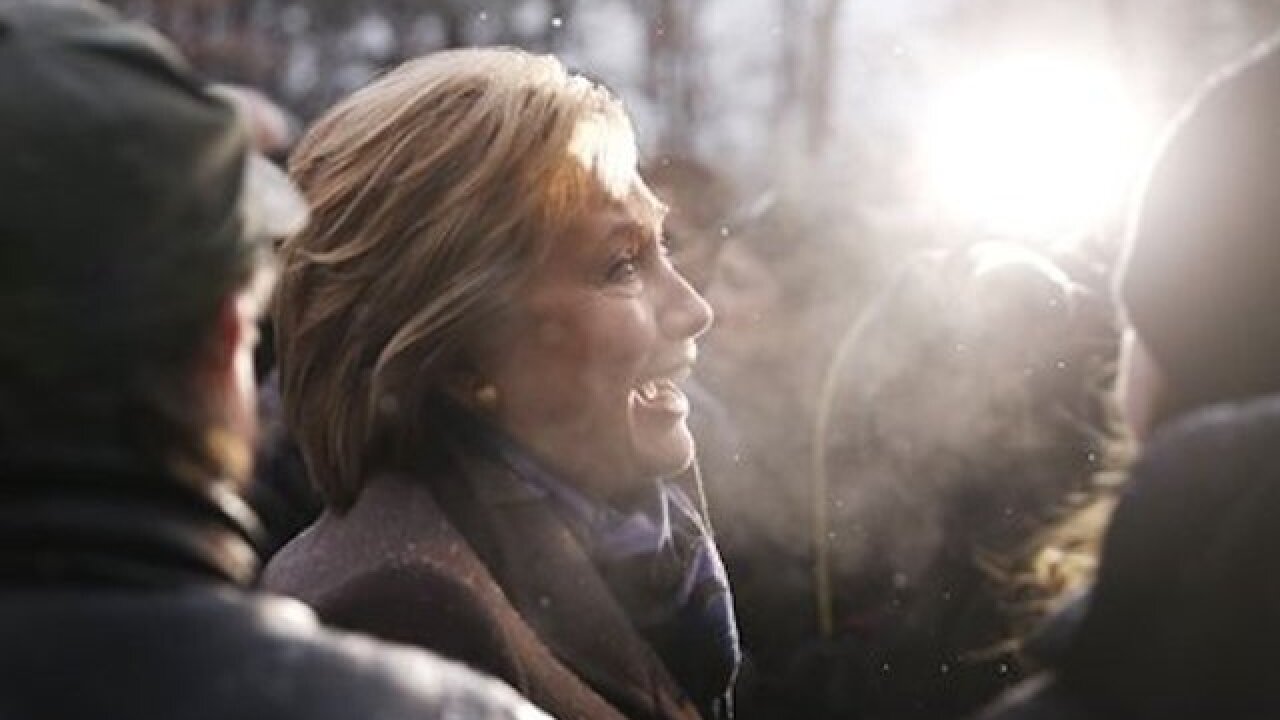 MANCHESTER, N.H. (AP) — Donald Trump and Bernie Sanders hope to emerge from New Hampshire's primary Tuesday with their first wins of the 2016 presidential election, victories that would boost their standing in a highly competitive race.

Trump leads a Republican field that has been in flux in the final days of campaigning across snowy New Hampshire. A rocky debate performance by Florida Sen. Marco Rubio has jeopardized his chance to pull away from a trio of governors and firmly establish himself as the chief rival to Trump and Texas Sen. Ted Cruz.

In the two-person race for the Democratic nomination, Sanders has held an advantage over Hillary Clinton in New Hampshire for weeks. Clinton started her day Tuesday at a Manchester polling site, thanking volunteers and local supporters. She declined to offer a prediction of the outcome as polls showing her facing a double-digit deficit against Bernie Sanders.

"This is a great process and as I have said over the last couple of days we're going to keep working literally until the last vote is cast and counted," she said.

The state is friendly territory for the Vermont senator and a must-win if he's to have a chance of staying competitive with Clinton as the race moves to more diverse states that are seen as more hospitable to the former secretary of state.

"We're running a very radical campaign because we are telling the American people the truth and that's something that is not often told in the political world," Sanders said Monday as he urged supporters to help him pull out a win. The senator finished second to Clinton in the leadoff Iowa caucuses by the narrowest of margins.

The enthusiasm behind Trump, a real estate mogul who has never held political office, and Sanders, an avowed democratic socialist, underscore the public's anger with the current political system. Even if neither candidate ultimately becomes their party's nominee, those who do will have to reckon with the voter frustration they've tapped into.

After finishing behind Cruz in Iowa, Trump has spent the past week both protesting that result and stepping up more traditional campaign activities. While he's long preferred large rallies, he spent the final full day of campaigning holding some smaller town hall events.

And even as voters trickled in to polling stations early Tuesday, the results seemed far from decisive. Seventy-two-year-old Republican John Starer said he made up his mind about five minutes before he cast his ballot for Texas Sen. Ted Cruz. He says he was torn between Cruz and Donald Trump but doesn't think Trump has a chance of getting elected.

"I think (Cruz is) about the only one who could possible get elected as a Republican," he said

The large Republican field was winnowed after Iowa, but there remains a crowded grouping of more traditional candidates, including Rubio. Former Florida Gov. Jeb Bush, Ohio Gov. John Kasich and New Jersey Gov. Chris Christie have all staked their White House bid on New Hampshire, hoping a strong showing here will lead voters — and crucial financial donors — to give their candidacies another look.

Rubio appeared to be breaking away from the governors after a stronger-than-expected showing in Iowa, but stumbled in Saturday's debate under intense pressure from Christie. The New Jersey governor has relentlessly cast the young senator as too inexperienced and too reliant on memorized talking points to become president.

Rubio played into Christie's hands by responding with the same well-rehearsed line each time he was challenged by the governor. Rival campaigns hope the moment was enough to give voters pause when they head to the polls on Tuesday.

In his final swing through the state Monday, Christie urged voters to pick a candidate who "has the maturity, and the steadiness, and the aggression to protect our country and put us back in the right spot."

Megan Tolstenko, 33, an unaffiliated voter from Manchester, voted Tuesday for Christie, saying she thinks Christie would be best able to manage the country's defenses and the fight against the Islamic State group.

Kasich, who has prided himself on avoiding attacks on his rivals, said he hoped New Hampshire voters are "fed up with the negative."

If Rubio and the governors finish in a pack Tuesday, it's likely to frustrate Republican Party elites who are eager to coalesce around a single candidate to challenge Trump and Cruz. Some party leaders believe both Trump and Cruz are unelectable in the general election, especially if Clinton is the Democratic nominee.

Despite the expectations of a loss in New Hampshire, Clinton has campaigned aggressively in the state. Amid her rallies and town hall events, she's knocked on voters' doors and made surprise visits to local coffee shops and restaurants.

"I am thrilled to be here the day before the first in the nation primary to make my final push to convince as many Granite staters as possible to come out and vote for me," Clinton said during a stop in Manchester Monday.

Behind Clinton's upbeat demeanor, however, are growing concerns within her campaign about her standing with young people, who are flocking to Sanders. Some Clinton supporters also fear she isn't doing as well with female voters as she should be, a concern that was magnified after high-profile women backing her campaign made eyebrow-raising comments that appeared to disparage women supporting her rival.