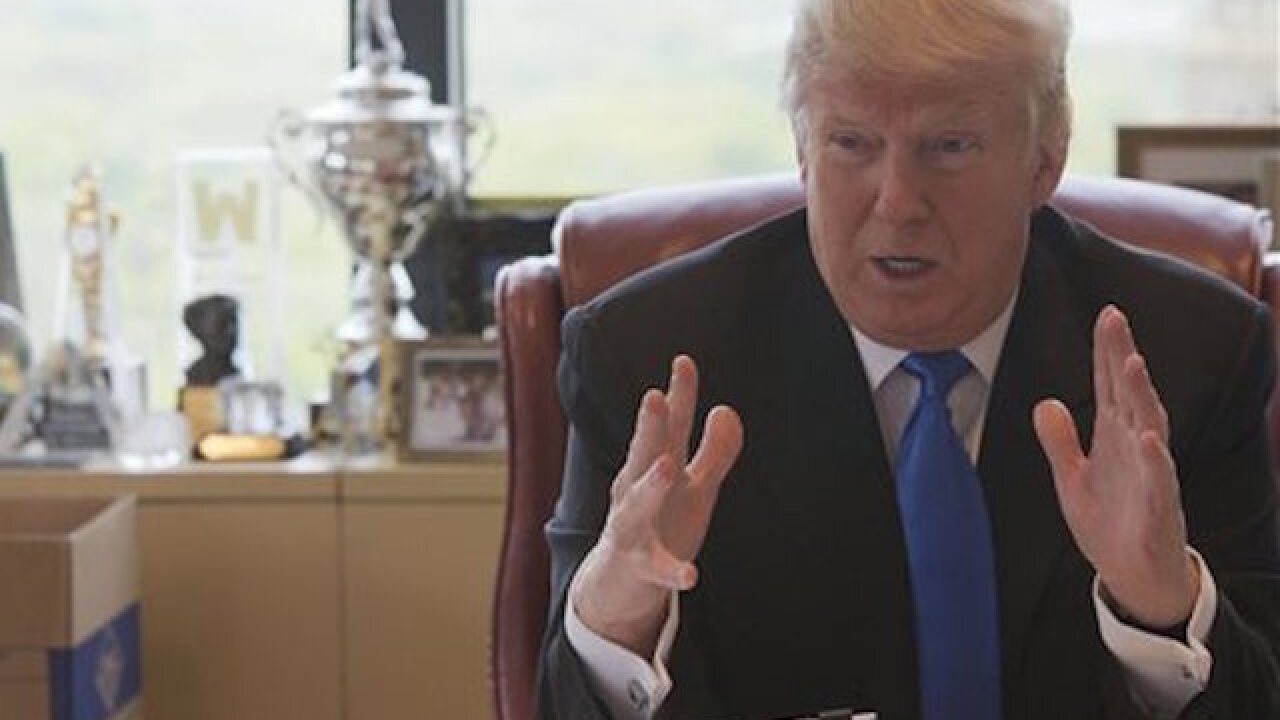 Copyright Associated Press
Mary Altaffer
<p>In this Tuesday, May 10, 2016 file photo, Republican presidential candidate Donald Trump gestures as he speaks during an interview with The Associated Press in his office at Trump Tower, in New York. The billionaire presidential candidate who prides himself on paying his own way and bashed his competitors for their reliance on political donors now wants their money - and lots of it. (AP Photo/Mary Altaffer)</p>

LONDON (AP) — Presidential candidate Donald Trump says he may have a poor relationship with Prime Minister David Cameron in light of the British leader's criticism of Trump's call for all Muslims to be temporarily banned from entering the United States.

Trump's comments, broadcast Monday on ITV's "Good Morning Britain" made headlines in Britain, which claims a "special relationship" with America. Trump's suggestion of a temporary Muslim ban led to a petition signed by half a million people demanding that Parliament hold a debate on whether he should be banned from the country. Lawmakers held the debate, but rejected a ban.

"It looks like we are not going to have a very good relationship," Trump said in the interview conducted in New York. "Who knows, I hope to have a good relationship with him (Cameron) but he's not willing to address the problem either."

Cameron has refused to retract comments Trump's proposed Muslim ban as "divisive, stupid and wrong." But Cameron's spokesman, Dan York-Smith, told reporters that the prime minister was "committed to maintaining the special relationship" whoever wins the presidential election.

"He has been clear that he will work with whoever is president of the United States," York-Smith said.

In the interview conducted Saturday, Trump also describes London's new mayor, Sadiq Khan, as "rude" for calling him ignorant. The real estate tycoon said he would "remember" the mayor's hostile reaction to the idea that Khan, a Muslim, would be given an exception to the temporary ban.

"He doesn't know me, hasn't met me, doesn't know what I'm all about. I think they were very rude statements and, frankly, tell him I will remember those statements," Trump said. "They are very nasty statements."

Trump denied he was "at war" with Khan.

"I just think it's very rude of him. In fact it's the opposite," he said. "I wished him well when I heard he won, he's a Muslim, I think it's ignorant for him to say that."

"Sadiq has spent his whole life fighting extremism, but Trump's remarks make that fight much harder for us all — it plays straight into the extremists' hands and makes both our countries less safe," his office said in a statement.

When reminded Khan has described Trump as ignorant, Trump shook his head and said: "Let's do an IQ test."

The mayor's office hotly rejected the idea, saying "ignorance is not the same thing as lack of intelligence."