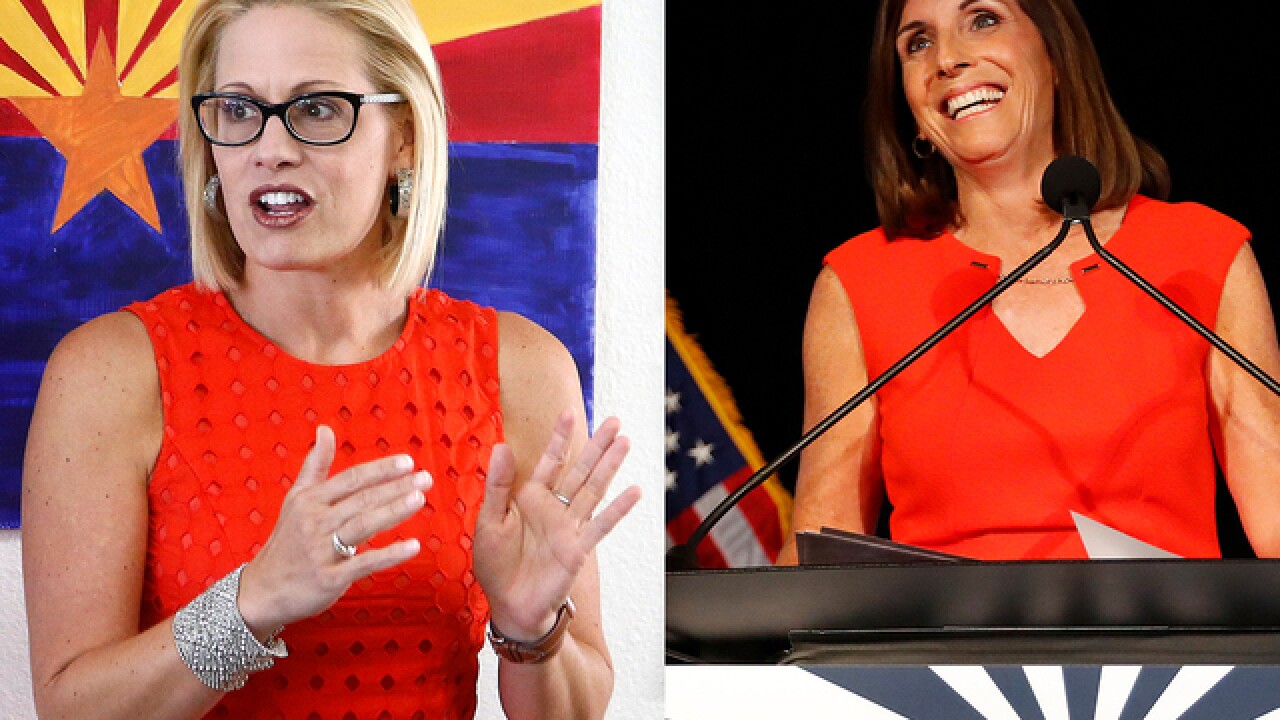 TUCSON, Arizona — Ballot counting continues across Arizona Friday in a Senate race separated by only a few thousand votes, and less than one percent.

With hundreds of thousands of ballots left to be counted, it may be days before Arizonans know whether Republican Martha McSally or Democrat Kyrsten Sinema won the race to replace Jeff Flake in the upper chamber of Congress.

But there's one not-unlikely scenario in which Arizonans may be represented by both Congresswomen in the Senate.

After John McCain's passing in August, the responsibility fell to Arizona Republican Gov. Doug Ducey to appoint an interim replacement for the beloved senator in Washington. Ducey made a safe choice in former Arizona Sen. Jon Kyl, who retired from office in 2013. Kyl, however, only committed to serve in the role until early January, after which Ducey will once again have to choose a replacement until Arizonans make their choice to fill the seat in a 2020 special election.

So who are the potential candidates? There was speculation over the summer that Ducey might appoint his own chief of staff to the role or even Cindy McCain -- the Arizona senator's widow. But should Sinema eek out a win after ballot counting is completed, McSally will be out of a job, having vacated her seat in Congress to campaign.

If Ducey decides to appoint McSally, that could leave both candidates serving in the Senate until at least 2020. After that, the Republican appointee will have to decide whether or not to run in the special election.

Ducey has left no indication so far about his intentions for the appointment, but McSally's name certainly isn't out of the picture.