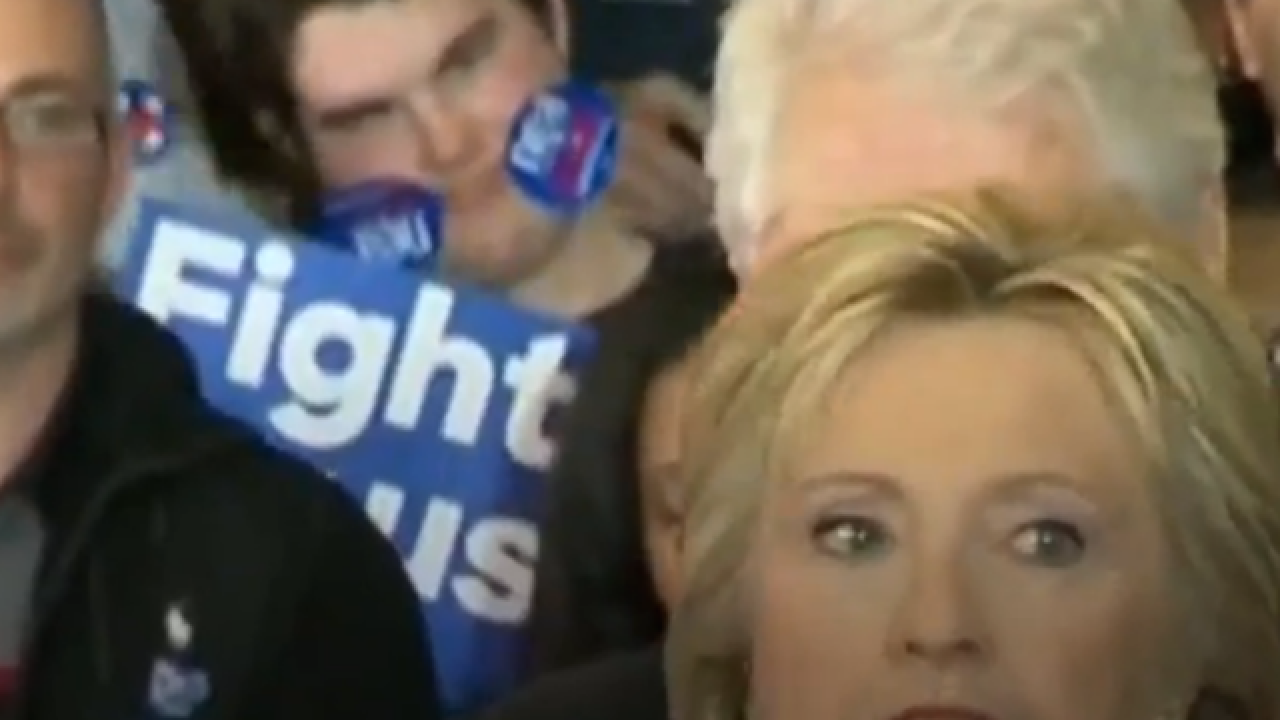 Hillary Clinton may have edged out Bernie Sanders in the Iowa caucuses on Monday, but one of the attendees stole the show during her nationally televised speech.

That person, of course, was “Sticker Kid.”

While Clinton spoke to the nation about her long-awaited victory in Iowa, he danced and, uh, chewed with a pair of campaign stickers plastered to his cheeks — all in direct view of CNN’s cameras.

TMZ tracked down Sticker Kid and identified him as Peter Clinkscales, a freshman at Drake University — where Clinton held her post-caucus rally. According to a video produced by Mashable, Clinkscales is “undecided” as to who he’ll vote for in November.

According to his Twitter account, Clinkscales is looking to cash in on his 15 minutes of fame. He says he’s sold a few of his stickers, and hopes to sell a few more to pay off his student loans.

Then again, he may just spend his extra cash on a weekend getaway to California.

Anyone that could get me to the Super Bowl to support my team since birth ( the @Broncos ) will win my soul forever. #SB50 #BroncosCountry

Clinkscales’ standing with Broncos’ fans may have taken a hit last night when he “hit the dab” on national TV — a dance move made famous, in part, by Carolina Panthers’ quarterback Cam Newton. Newton and the Panthers take on the Broncos in Super Bowl 50 on Sunday.