Disney built a robot car that can drive up walls 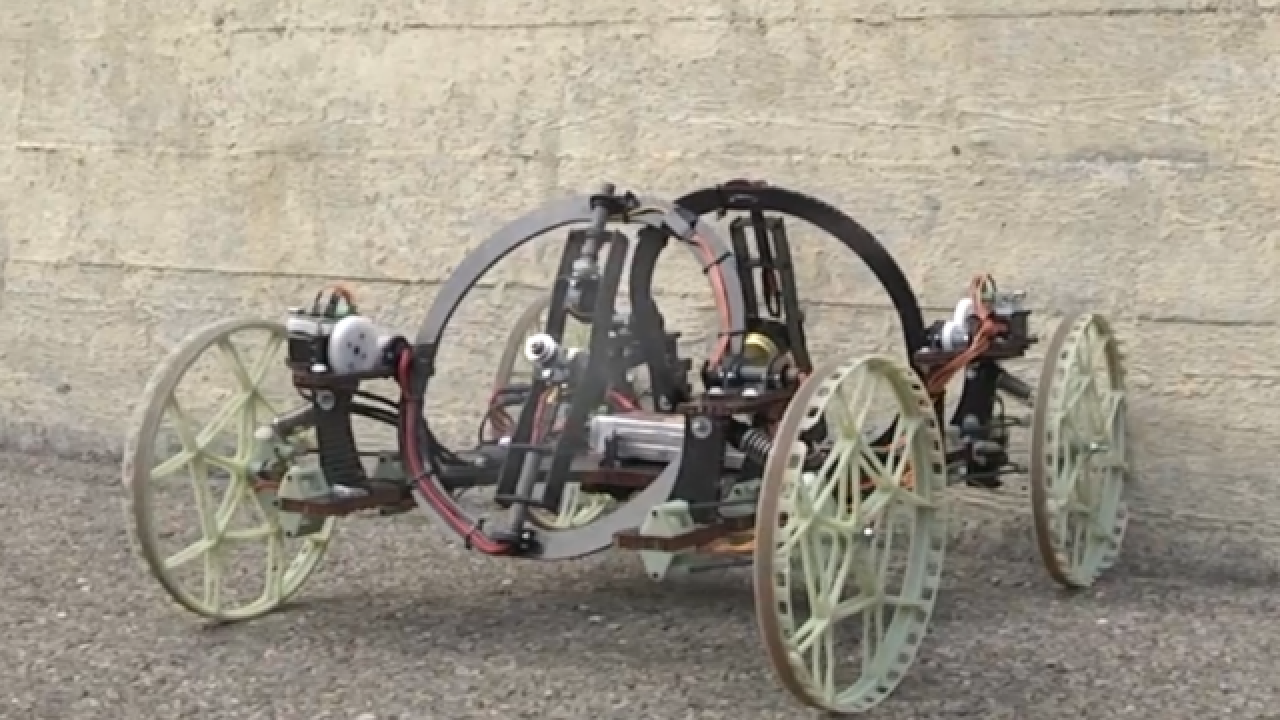 ©2015 Disney Research / ETH Zurich
<p>The VertiGo robot is seen in this image from Disney Research Zurich. The robot acts as a remote-controlled car that can climb walls.</p>

Disney Research scientists, along with researchers from ETH Zurich have constructed a robot that can drive on vertical surfaces as easily as it drives on horizontal ones.

The VertiGo robot can transition from ground to wall travel by using a pair of tilting propellers along with its four wheels. According to a press release , the VertiGo's propellers provide thrust onto the wall, allowing the small car to move on walls "quickly and with agility."

An onboard computer allows users to drive the car remotely, similar to a standard remote-controlled car.

Disney Research is an arm of the Walt Disney Company that pushes for scientific and technological innovation using an international network of laboratories.

Watch VertiGo in action in the video above.